As we regularly outline, the automotive industry is rapidly adopting 3D printing, especially large format 3D printers. One of the companies that auto manufacturers are going to is BigRep. And BigRep welcomes these customers by implementing their feedback into their machines and by creating content catered to their specific needs, such as the webinar: How Ford is Optimizing Manufacturing with 3D Printed Tooling and Fixtures. It’s filled with useful information and the day-to-day operations of assembly workers and how 3D printed tools make their job easier and safer.

Lars Bognar, a Research Engineer at Ford, explains a few of the key benefits to using AM in auto plants. Purchasing managers are generally delighted by AM because it reduces their dependence on suppliers, who often change prices and run out of inventory. Those working on the plant floor appreciate that 3D printed tools are more ergonomic than traditional tools, making them easier and more comfortable to handle. And faster iterations for prototyping means shorter development times. While customization is a big benefit, it also means there is no certification or standardization, so solutions often have to be created from scratch.

Lars goes over a few case studies, starting with a tool for positioning metal parts to be manually welded. This is a low-run setup for prototypes, so generally the tooling is thrown away after the production run of a couple hundred units is complete. By 3D printing some of the tooling, they have option of recycling the parts by shredding them into plastic pellets that can be reused.

For both high-volume and low-volume applications, 3D printed hand jigs can be used as templates to align holes and parts. A part that’s used once every minute needs to be as light as possible, and by reducing the weight of a jig by 1 kg, a worker will lift 600 kg less during a single shift. The range of materials that can be used on BigRep machines allows engineers to choose the material that’s as strong or as light as is needed for the specific task. 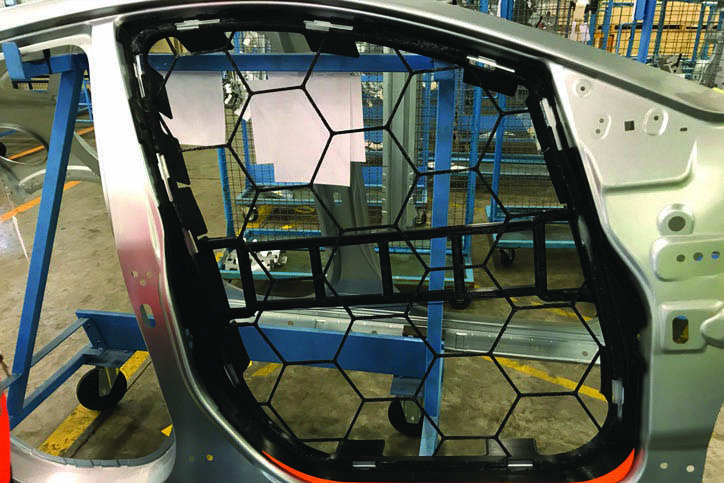 Many BigRep users report that the initial application they acquired the printer for isn’t even what they use it most for. When you get a 3D printer, it’s impossible to predict everything it will be used for. Lars points to situation in the plant where management wanted a solution for covering large cement blocks on the factory floor but they didn’t want to pay for injection molded parts. With the BigRep, it was easy and affordable to print custom covers out of flexible TPU. And seeing the solution materialize so quickly helped the plant workers enjoy a new mindset to on-the-spot problem solving. Lars says they initially purchased a BigRep without a specific application but quickly purchased more when the first one was running 24/7 for weeks at a time.

Another AM application Lars points to is mockups, which allow workers and designers to test plant equipment like grippers and carriers on parts that they don’t actually have yet. For these tests, only the geometry of the part is needed; it doesn’t need to be functional at all. Mockups are needed when a part is still being developed concurrently to the setting up of the manufacturing plant as well as for components that interface with lots of different parts and need many iterations. It’s much cheaper to provide mockups to the engineers in all the different departments that are developing parts that will interact with the component than to give them all a functional component. Other times mockups are used when it’s very difficult to ship a component, like a prototype battery.

Frank Marangell, Chief Business Officer of BigRep, then provides some details on their machines. He explains that their innovation center NOWLAB is constantly researching new AM applications, such as their airless tire.

The four main auto applications for which BigRep customers use their machines include prototyping, tooling, patterns/molds/casting, and end-use parts. A nice graphic of the available materials is provided that displays the cost and performance of different thermoplastics, from the standard ABS to high-performance PEKK.

The original BigRep One is bigger than the newer Studio but not enclosed so it can’t handle as many materials. For users that need size and performance, they developed the Pro that features new MXT (Metering Extruder Technology) toolheads for more materials and printing that’s more accurate, repeatable, and five to ten times faster. A Bosch CNC controller measures over 500 data points per second and automatically adjusts motion to remain within tolerances that are determined by previous prints. The upcoming Edge is designed for the automotive and aerospace industries as it features an extra-long build volume that can be heated to 200°C, and it will print 10 to 20 times faster than competing printers.

For those in the auto industry who want to join in on the AM fun, Lars advises that the best way to convince management to buy a large-format printer is to buy a small printer and show them all the solutions you come up with.

Watch Webinar
About the author | Cameron Naramore
Cameron is a 3D printer and CNC operator. He's fond of cooking, traveling, and science fiction. 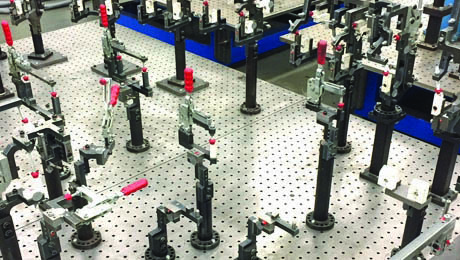