Is a 3D print always a literal print of something else or are there still some differences to find? During cultural festival TEDxAmsterdam violin player Joanna Wronko was asked first to play on a handmade violin and then on a 3D printed violin, to find out whether there are or aren’t differences between the two instruments. 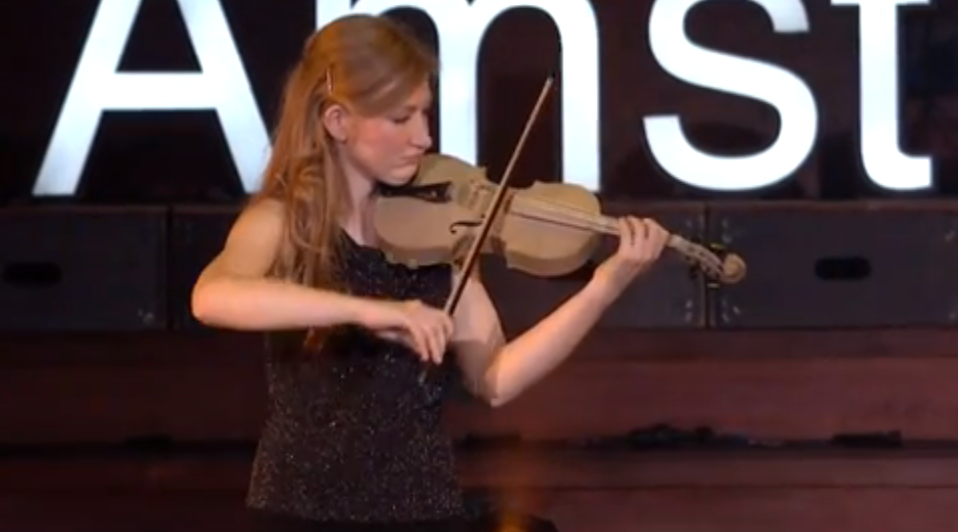 Well, there are definitely dissimilarities. In short, you could say that each instrument has its own character, but all 3D printed violins kind of sound the same. “It’s missing a certain vibration,” says Wronko. “The very special thing about every wooden violin is that every is one of a kind, because it’s hand-made. So every single instrument has spots and notes, which are a little bit weaker and stronger. So as a musician when you get to know the instruments you just look for the spots.”

Even though the 3D printed violin can’t compete against its handcrafted counterpart, Wronko thinks the technique is quite astonishing. “It’s an incredible thing that it actually plays,” she says. “I can’t really believe that it sounds like a violin, actually.”