Eating a pizza in space, how bizzare would that be? Well, it appears to be the future, as NASA has invested as much as 125,000 dollars in a project to 3D print pizzas in space. Anjan Contractor was the person to create this 3D printer and last year he won this gigantic sum of money by NASA. He has now officially come up with a prototype of his 3D pizza printer. R U hungry? 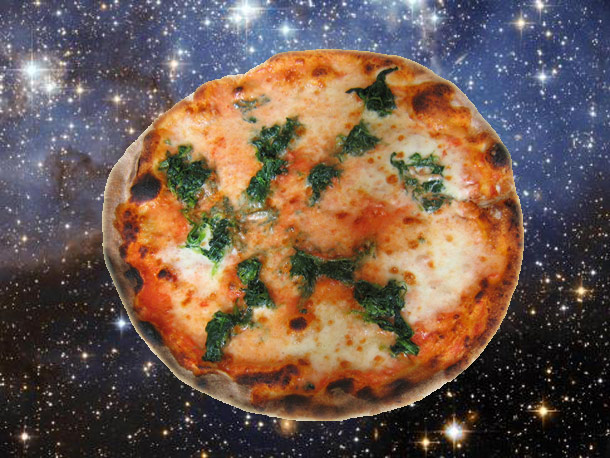 For cosmonauts this will probably be a big relief, if you take into account that they are used to dull space meals. However, we can imagine that this 3D printer will not directly make you hanker for your first 3D printed meal. In this new video by Contractor you can take a look at his machine, which is creating a square pizza layer-by-layer. After the entire 3D printing process this pizza is still a mixture of dough, but the idea behind it is that we have to image what it would look like after it would have been cooked. If we would have to believe Contractor, it only takes 70 seconds to cook such a pizza after being printed.

If the pizza would be any good, then this machine will be a little revolution for cosmonauts. The food cartridges for this 3D food printer are planned to last for as long as 30 years, Contractor has said. It’s very important for such a machine to be able to work for such a long time, as space missions can last for several years. Take a look at the 3D printed pizza yourself and imagine yourself eating pizza in space: could be worse, right?