3D printing can help to make the world more green. Michigan Technology University’s Joshua Pearce conducted a lifecycle economic analysis on 3D printing in an average American household. The main conclusion from his inquiry is that making objects with a 3D printer uses less energy than producing it in a factory. 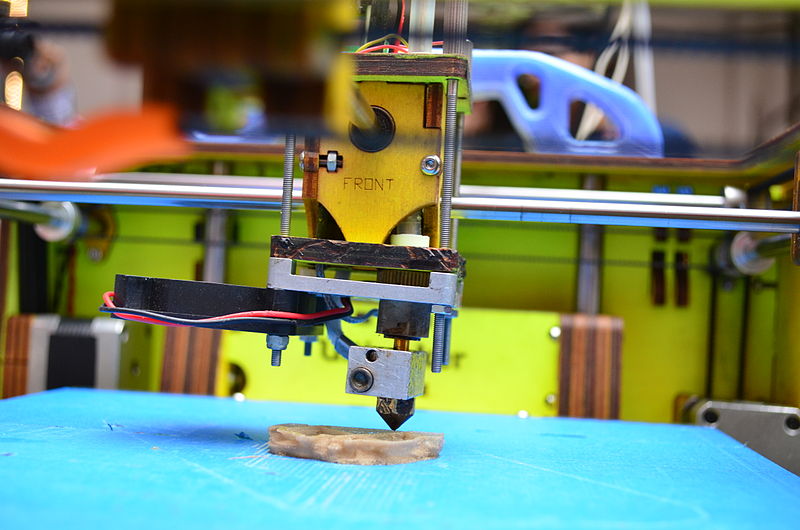 The work of a 3D printer. Credits: Subhashish Panigrahi.

Pearce is a professor of materials science and engineering/ electrical and computer engineering. With his team he analyzed the process of creating inter alia, an orange juicer and a children’s building block. He analyzed the complete process the analyzed objects underwent and used two possible endpoints of the process: entry in the US (if an item was manufactured overseas) or printing it at home on a 3D printer.

The results were as follows: producing the objects on a basic 3D printer took from 41 percent to 64 percent less energy than making them in a factory with the purpose of shipping them to the US. Because of that Pearce claims 3D printing isn’t just cheaper, it’s also greener. This is partly because the technique of 3D printing is able to use less raw materials. The professor gives an example: “children’s blocks are normally made of solid wood or plastic. 3D printed blocks can be made partially or even completely hollow, requiring much less plastic.”

“The bottom line is, we can get substantial reductions in energy and CO2 emissions from making things at home,” Pearce thinks. “And the home manufacturer would be motivated to do the right thing and use less energy, because it costs so much less to make things on a 3D printer than to buy them off the shelf or on the Internet.”