Recently there have been a lot of of articles about the question whether 3D printing will be able conquer the world of opticals. What writers don’t know is that it’s already happening: a Dutch company, called LUXeXcel, has created the first-ever 3D printed glasses. It’s revolutionary and it has the ability to change the way we make glasses for good.

The idea behind 3D printing spectacles is that a person can sit behind a computer while a 3D scanner measures the eyes properly, after which the 3D printer simply prints out the glasses layer by layer. The technical team behind LUXeXcel has found a way to 3D print glasses while the actual glass remains smooth. Their technique also enables them to mix colors in the glasses directly. It speeds up the production of making glasses, because they don’t need finishing. After an eye test the computer sends the test results to the 3D printer in order to print out the glasses.

When Dutch news program Omroep Zeeland asks director Richard van de Vrie of LUXeXcel if he thinks everyone will be printing their own spectacles in about 20 years, he answers: “that’s the idea.” Bad news for opticians, probably. But what are the benefits of this optical revolution? Dutch new program EenVandaag asked Van de Vrie about the future of 3D printing opticals. “You’ll discover more components in all kinds of printed products, which means products become cheaper, they will be added to the market faster, and there will be more customer-specific products.” He adds: “you could let a 3D scanner drive through Africa with a printer and print out glasses for all the people over there.”

However, to make this thing go big the company will need to borrow a million euro’s from the Bank. In a time of economic recession, Dutch ABN AMRO bank does not dare lending the money to the starting company. However, banker David Kemps has publicized a very positive report about the growth opportunity of 3D printing. He tells EenVandaag: “We have written in our report that we expect 30 percent growth per year.” He thinks 3D printing gives people more influence in creating their own products. “You’ll actually gain influence in what the product will look like, which features it will have, which color it will have.”

As a promotion stunt, the company has showed they spectacles to the brand new Dutch king Willem Alexander and Queen Maxima Zorreguieta. It resulted in the following – well – ‘memorable’ pictures. Look at the King’s face after wearing the glasses, it’s priceless, isn’t it? 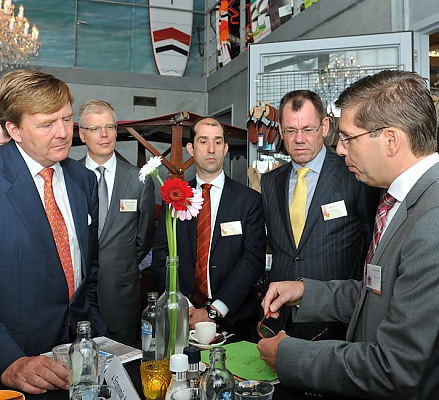 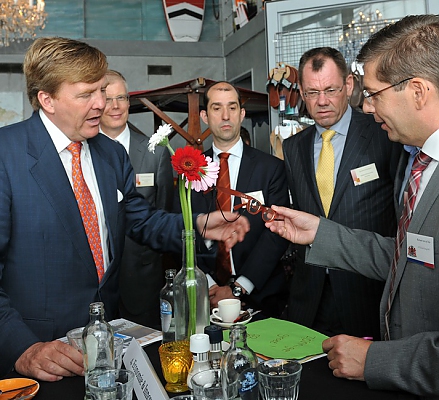 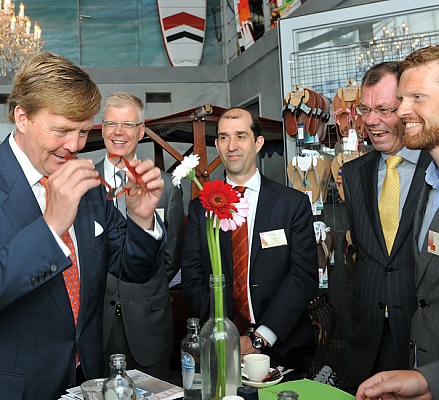 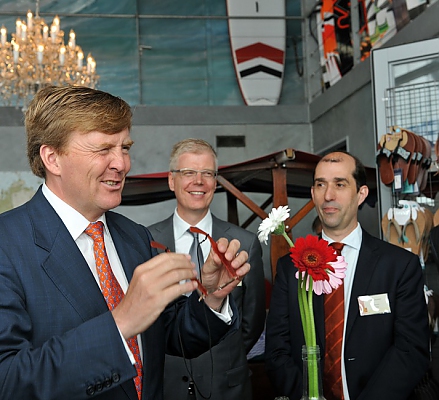