It appears Nano Dimension is striking new deals and ascending in growth every few months. While the Israel-based company is busy distributing their printers for services everywhere from Solar panel companies to on-demand electronics services, they’ve also secured a Chinese distribution partnership. This is a massive win for the company considering how China is both a burgeoning tech market and one of the biggest (if not the biggest) industrial producers on the planet.

AURORA Group will be the distributor for their new market. The group has been around for half a century, servicing Taiwan, China and many other international locations. They specialize in delivery of electronics, office automation, and as of late, 3D printing products as well. 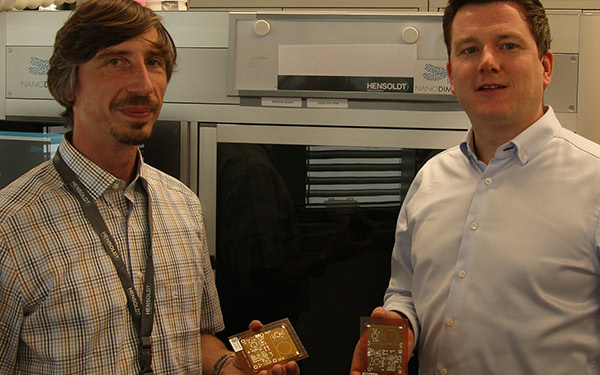 Aside from the distribution prospects, subdivisions of AURORA are benefiting from the deal as well. The company also has its own Dragonfly in their self-owned General Integration Technology (GIT) office. The subdivision provider of 3D software and distributor of 3D printers, so it will make use of the Dragonfly.

“China is one of the world’s largest and most important electronics manufacturing and design markets, and establishing the correct foothold in the market is key for Nano Dimension,” commented Amit Dror, CEO of Nano Dimension. “AURORA has years of operating experience in the manufacturing sector, and with its extensive resources and unique network of 1,500 offices, 300,000 customers, including more than 3,000 customers in electronics industries, we believe it is very well positioned to give us fast market access to realise the full potential of the DragonFly 2020 Pro in China.”

The recent growth that Nano Dimension displayed has been quite stunning. Aside from their work with international services, they’ve been reaching out to the Asian markets. The company now has offices in South Korea, Singapore and Taiwan.

Their flagship printer, the Dragonfly 2020, has found a definite place within the pantheon of additive manufacturing. The company is rapidly becoming one of the most prevalent names in 3D printing electronics. The more partnerships they secure, the further they will cement that reputation, so it doesn’t look like they’re going away any time soon.