‘Not everything is as it seems’, is what Dutch artist M.C. taught the world in the last century. He became famous for his impossible, mathematically drawings. A perfect example of his work is Waterfall from 1961 with water flowing upwards. It can exist in 2D form, but in the real 3D world there simply is no place for such an illogical waterfall. He also used the so-called Penrose triangle – also called the ‘impossible triangle’ – lots of times in his work. This object looks like a normal triangle, but if you look closely at it you’ll notice the intersecting angles which make it impossible to create something like this in 3D form. Nevertheless, one man recently claimed he 3D printed the impossible triangle. 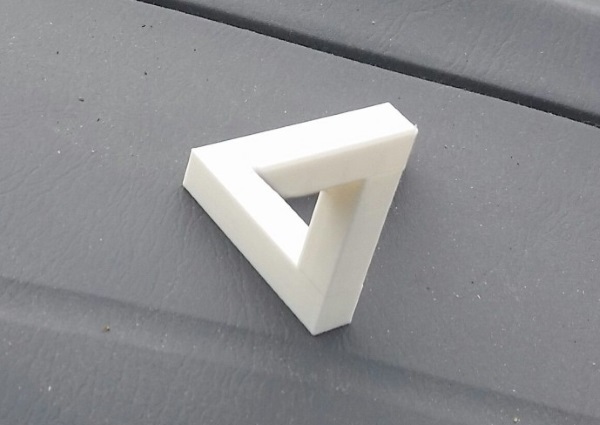 In the comments section, responders actively debated on whether such a thing like this can or can’t exist. Can we 3D print the impossible or is this only a smart trick? Well, unfortunately magic doesn’t exist, and this 3D printing enthousiast – going under the name Fenneci – smartly tricked everyone. One the commenters noticed that there’s a lack of shadow on the right side of the object, indicating on the fact that the triangle could not be real. 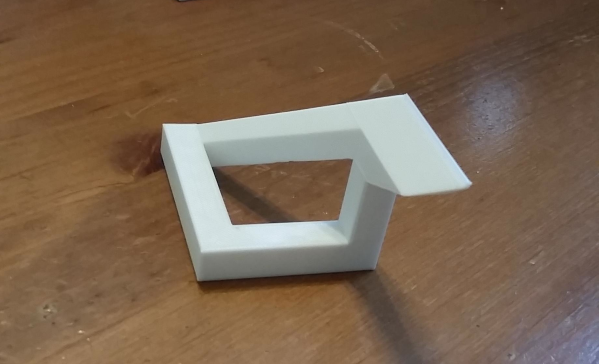 Which is true. On Reddit, the user later posted a photo (above) which showed the object from another angle. The impossible triangle did not even look like a triangle anymore. It only looks like a triangle if you take a picture from the right angle, and that reminds us once again of Escher’s motto: not everything is as it seems.