When it comes to space exploration, I have to occasionally remind myself that the best has yet to come. Sure, people have been to the Moon for brief vacations, but those were just scouting missions in the grand scheme of things. Several countries have plans to go to the Moon again, and not just for a quick stop; some of the plans include establishing habitats for long-term colonization efforts. One such project is being led by two Danish architects Karl-Johan Sørensenth and Sebastian Aristotelis, who formed the company SAGA Space Architects to see their vision come to fruition, and 3D printing is a big part of their dream. 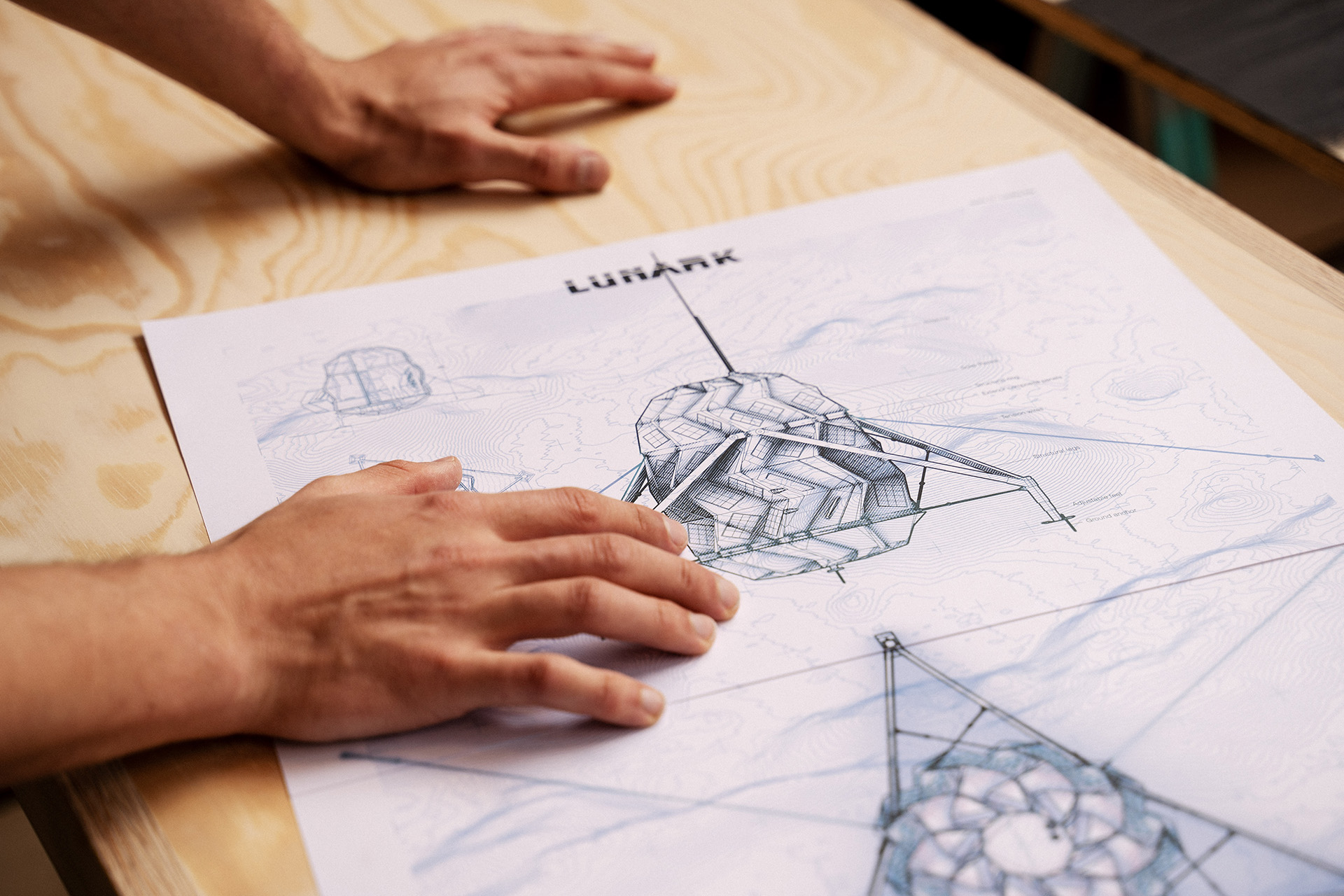 As rocketry continues to advance, the cost of space travel will decrease, making it more feasible for non-astronauts to join in on the fun. Those are the clients Karl-Johan and Sebastian were considering when designing their lunar habitat. Rather than recreate the sterile, scientific environment found on the International Space Station, their habitat factors in the limits of the human psyche, incorporating several features to enhance what the Danish call ‘hygge,’ or coziness. Research indicates that the isolation of space is difficult to cope with for extended periods, especially when adding in a touch of claustrophobia and a dash of monotony that come with space exploration. “If we are trying to settle on other planets, we must be very careful how we design the homes. In space, your habitat is your entire world; there is no nature or change of scenery,” said the duo. 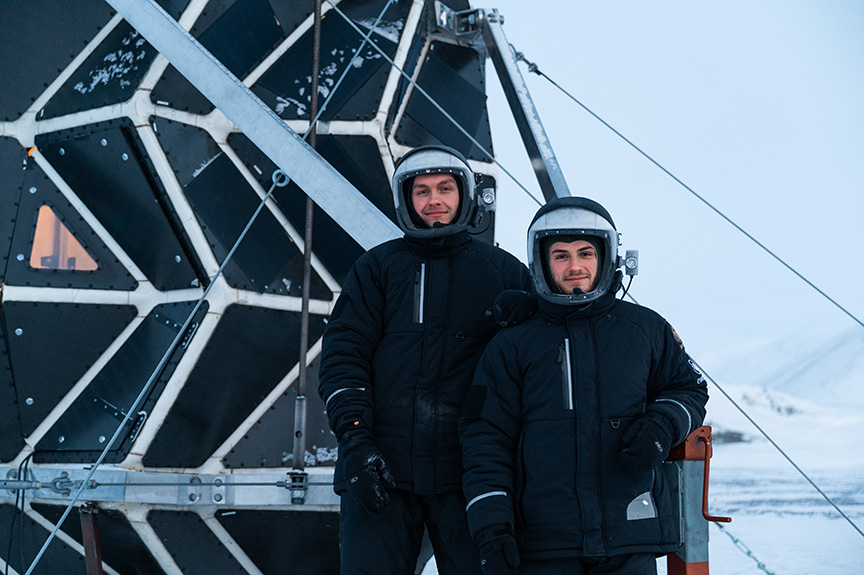 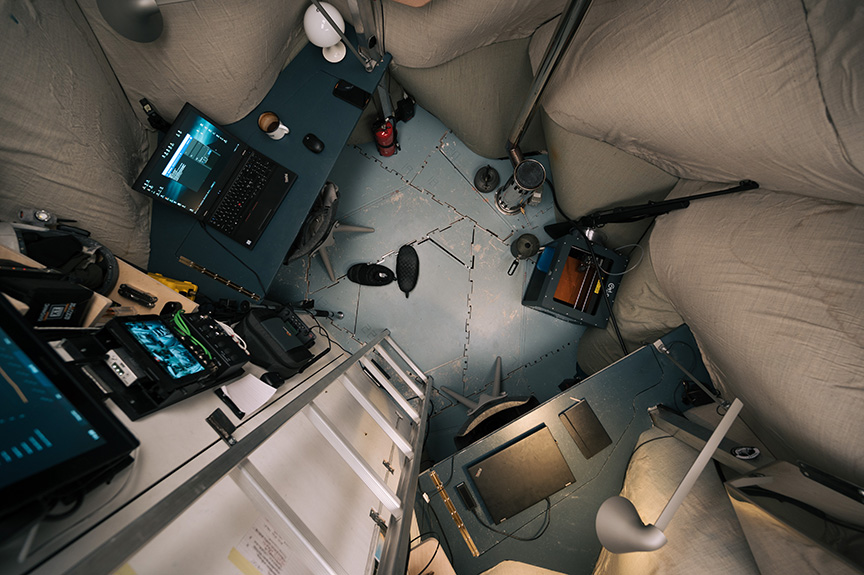 As such, they catered their design to accommodate as many of those human needs as possible. To combat claustrophobia, the overall structure makes use of origami folding techniques to maximize usable living space while minimizing shipping volume, which always comes at a premium. On top of all the other necessary living-space goods like furniture and electronics, they had to include space for the batteries (powered by exterior solar panels), an algae farm that powers the life support systems, and water. The foldable shape means inhabitants can have more than one room, making the space feel more like a home than a hotel; even the small change of scenery that comes from moving between the sleeping area and the vertical garden area can help to mitigate some of the psychological stress of being confined in a small space. And the garden goes a long way in reducing the tedium while simultaneously increasing the sustainability factor, a non-trivial consideration due to the extreme isolation. Knowing that you have some control over your nutrient supply is a huge relief when the only other source of nutrition is scheduled supply deliveries that are dependent upon regular, successful rocket launches that are also very expensive.

From Prototyping to Manufacturing With 3D Printing

Since supply runs are incredibly limited and involve long time lags between a stated need and the actual delivery, it’s crucial that the inhabitants have some means of maintaining and repairing their own habitats. This is where Karl-Johan’s love of 3D printing provided the missing puzzle piece. They realized that they could leverage 3D printing in both the construction and the operation/maintenance of the habitat. The team ran a series of rigorous production tests on a number of major-brand 3D printers, finally selecting the Craftbot after it beat out the competition in speed, reliability, ease of use, and repeatability. When Craftbot got word of their selection, they were thrilled to help with the project, sending SAGA a fleet of eight Craftbot Plus and three Craftbot3 printers. 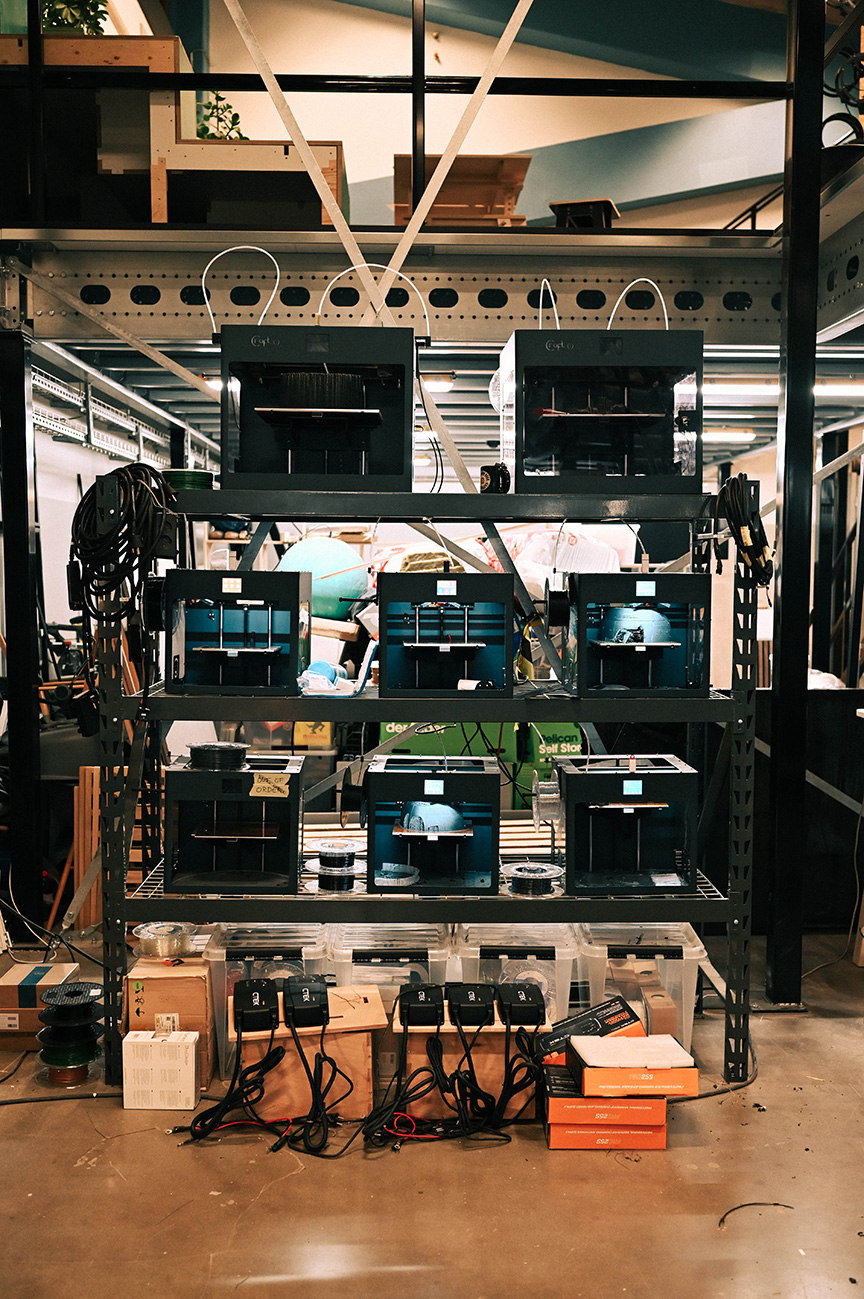 Those printers helped the duo prototype functional scale models of the habitat with compliant PLA joints, and they later used the printers to manufacture 113 ABS joints for the full-size prototype that they field tested themselves for three months in the Arctic during the Fall of 2020! They dubbed their habitat LUNARK, a fitting name. It includes some really fancy features, such as a weather simulator and a suite of software to monitor the algae reactor. In Northern Greenland, they survived hurricane winds, temperatures below -30°C, and polar bears, all in the comfort of the LUNARK. 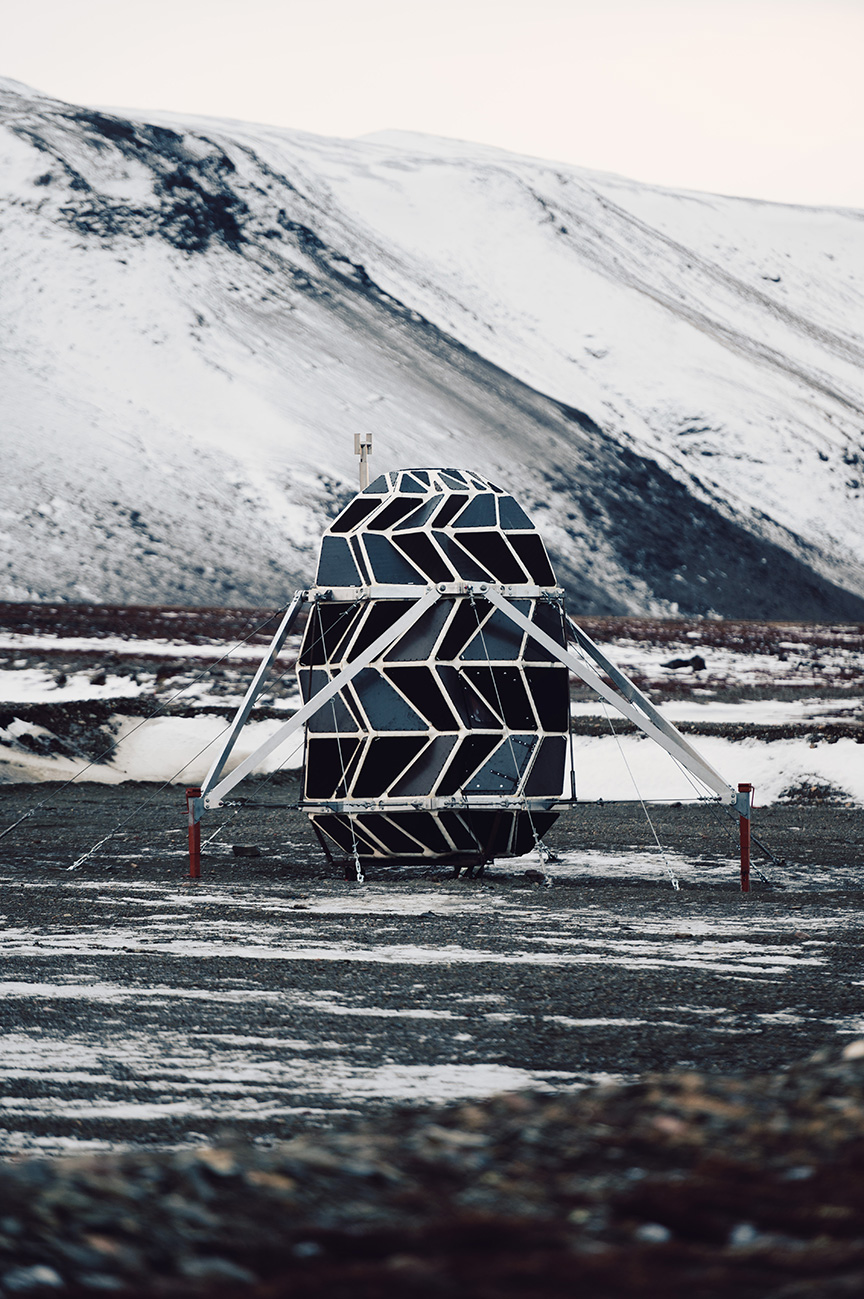 The Craftbot they brought with them was used multiple times to print tools, replacement parts, and even flexible patches to repair the walls of the habitat. Needless to say, a 3D printer will be an invaluable addition to space habitats. This was and is an incredibly ambitious project so it follows that their success has earned them a number of awards and media headlines. Their holistic approach to space exploration certainly seems like the right direction as Kristian Pedersen, Director of DTU Space, stated “The LUNARK mission is an admirably ambitious project and a refreshing technology demonstrator of what the future Lunar Habitat might look like. The project promotes important innovation and research for aerospace.”

The Craftbot FLOW IDEX XL is a huge dual extruder 3D printer. The extruders of the IDEX XL can operate independent from each other. This enables you to print two objects at the same time (mirror or parallel mode). Build volume: 425 x 250 x 500 mm (16.7 x 9.8 x 19.7 inches). 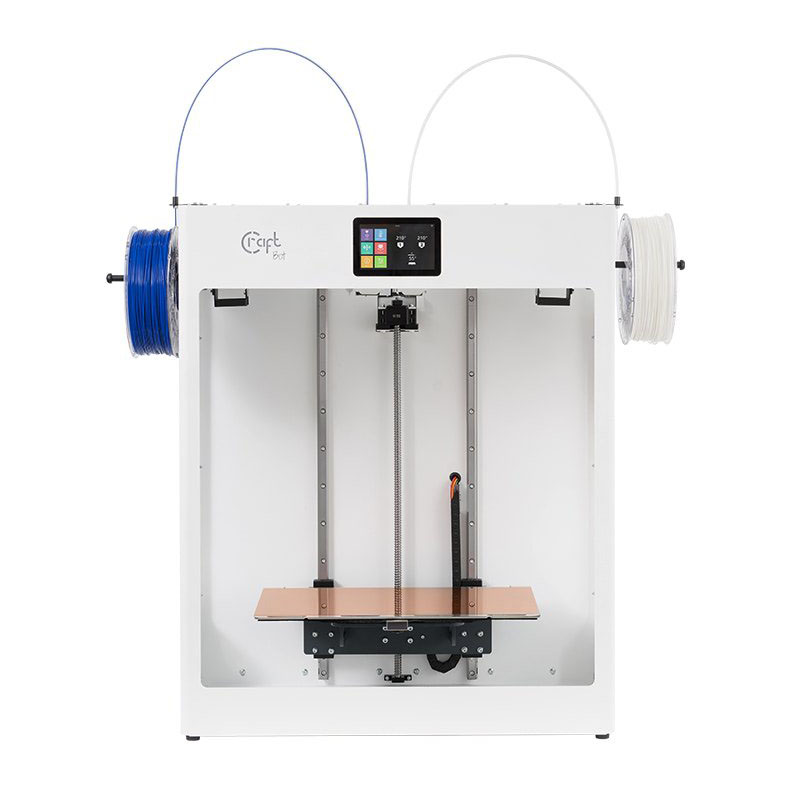