Home / Fashion / This Is What 3D Printed Space Garments Look Like

It has fascinated mankind for thousands of years: being able to live on other planets. With rapidly developing techniques leading to possible future human settlement on Mars, interplanetary travelers need to be equipped with the right kind of garments to make them survive on other planets. Neri Oxman and a team at MIT Media Lab, a research department at the Massachusetts Institute of Technology, have designed four kinds of 3D printed space garments that look more spacey than your worst galaxy sweater. 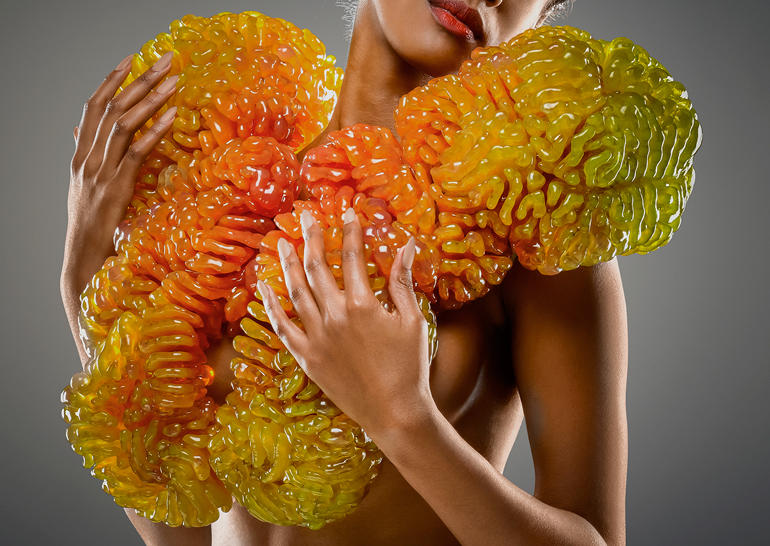 For these skin inspired garments, the team worked together with 3D printing company Stratasys. They used a variety of plastic materials with different densities. Every garment functions on a different planet in our solar system. They made a garment for Jupiter, Saturn, the moon and Mercury. The project is titled Wanderers: An Astrobiological Exploration.

The idea behind the wearables is that they facilitate the human body with simulated earthly conditions, so that humans can survive in environments that would otherwise not be liveable at all. The garments contain several pockets and tracts in order to house the biological material. This material would be synthetically adapted to make chemical changes in the surrounding atmosphere. In a statement, Oxman said the following:

Each piece intends to hold life-sustaining elements contained within 3D-printed vascular structures with internal cavities. Living matter within these structures will ultimately transform oxygen for breathing, photons for seeing, biomass for eating, biofuels for moving and calcium for building. 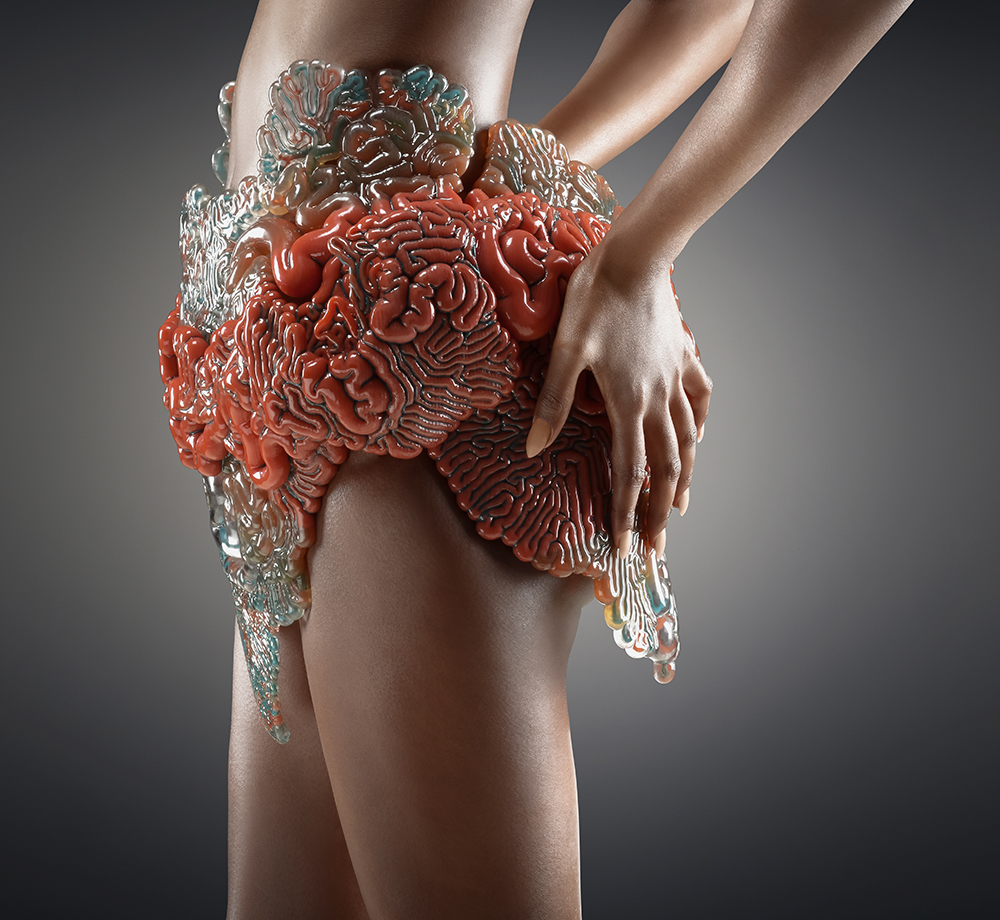 The garments are currently just an interesting concept and they are not to be used any time soon. They, however, are surely eye-catching. Behind their odd, extraterrestrial look lies a layer of craftsmanship. And the project seems to continue, as Stratasys stated “Oxman’s team is now in the process of integrating living engineered cells into the wearables for functional augmentation purposes”. The garments were first exhibited during 3D printing event EuroMold in Frankfurt last month.