The world is facing problems with climate change on the one hand, and machines taking over jobs from humans on the other hand. Taiwanese artist Hung-Chih Peng uses his art to express his feelings towards these issues. As part of his project The Deluge – Noah’s Ark, he 3D printed a 2 meter large twisted version of Noah’s Arc (image below) in order to depict our inability to successfully stop climate change; art with a message. However, what he is currently working on is even more spectacular in terms of 3D printing technology: Peng is now 3D printing an 8 meter (26 foot) long model of the same boat, consisting of as many as 100,000 separate 3D printed parts. 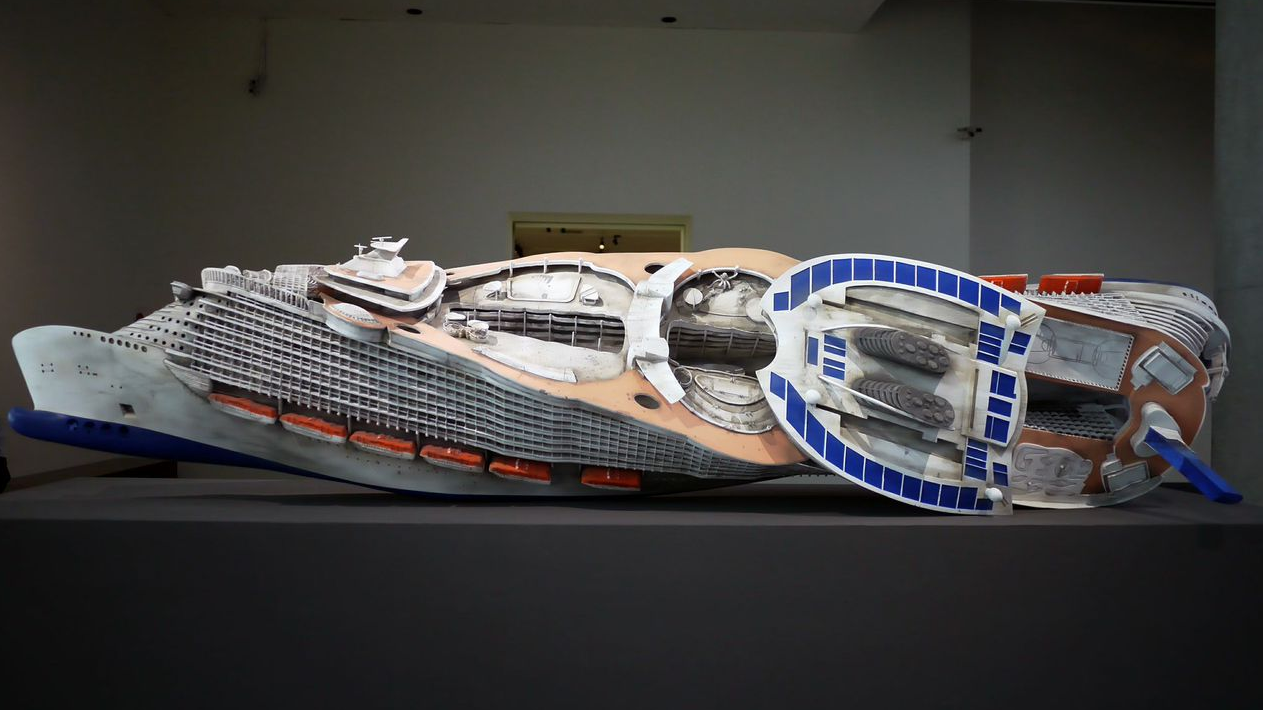 As mentioned before, Peng is an artist with a message. His art says something about the current state of the world we live in. One of the greatest dangers to mankind is climate change. No matter how many climate conferences countries from all over the world are being organized, it continues to be a problem to stop global warming.

Western countries have a hard time becoming more ecologically friendly, but on the whole they are facing the right direction. However, there are also many upcoming countries such as China, that haven’t had such successful economic periods like Europe and the US had since the 1960s. They are now enjoying economic prosperity, based on heavily active fabrics, and – quite understandable – climate change is not the first thing that comes to mind. The problem, however, is that we can only change global warming together.

To depict the world’s problem with global warming, Peng created a twisted version of Noah’s Arc. Could the answer to our problem be to live with less luxury? Peng thinks we simply can’t, as the boat shows our inability to return to the unspoiled living standards of the past. He states:

In the biblical time, Noah’s Ark is the last resort for humans to escape from the termination of the world. However, if Noah’s Ark sinks, where is the hope of the human race? If Noah’s Ark, a symbol of mankind salvation, becomes just as a shipwreck, human and nonhuman were placed in an equal position. Human subject is losing his predominance as the supreme center of the world. 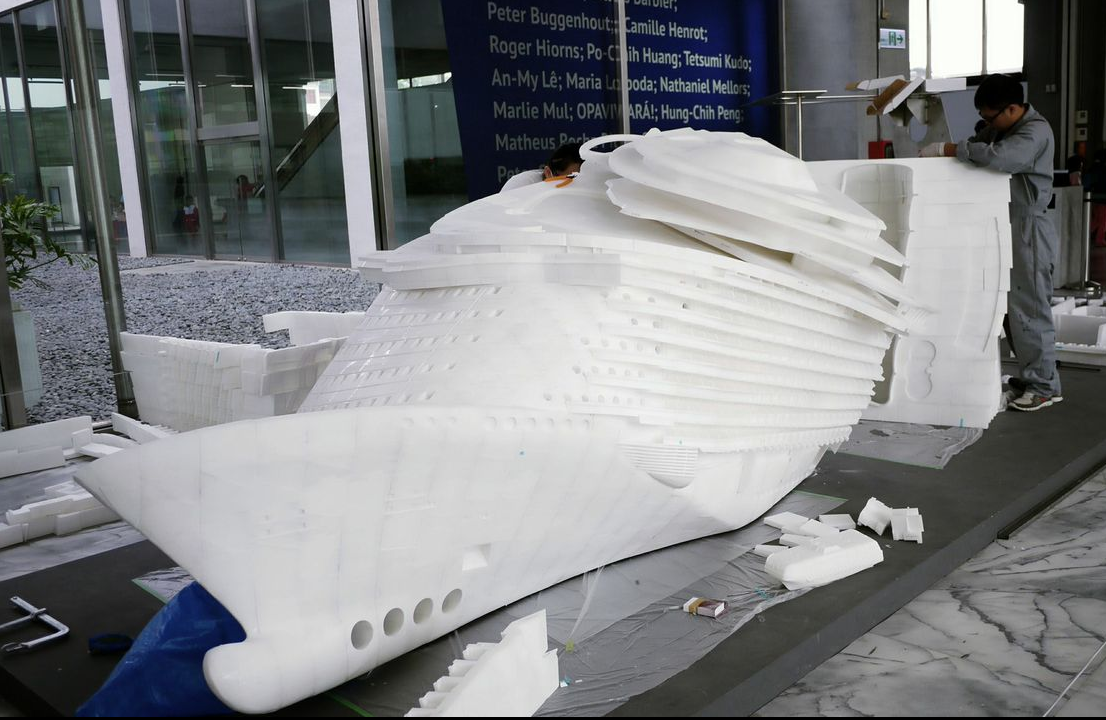 Right now, he and his 30 (!) 3D printers are working on an 8 meter long and 165 cm high version of Noah’s Arc, consisting of 100,000 different pieces (image above). It is set be finished on January 2015 and it will also be exhibited at the Tapei museum. If you visit the museum right now, you are able to see the boat being 3D printed, which looks like this: