An art exhibition is dredging up a storm by depicting world-famous Silicon Valley CEOs as mythological figures. Hardly an homage, the 3D printed statues are part of Sebastian Errazuriz “The Beginning of the End” exhibit. The art pieces reimagine figures like Elon Musk, Jeff Bezos, Mark Zuckerberg and others with a touch of Roman sculpting traditions, using symbols and references to mythologise them as deities, demons and heroes.

The 3D printed statues will be on display from May 1 through 24, at Elizabeth Collective in New York. Although the pieces create the various figures faithfully, they also contain some scathing critiques upon closer inspection. For example, the statue of Elon Musk is an angel with only one wing, being “almost angelic”. He carries with him a flamethrower, a helmet with the SpaceX logo and a sword with the Tesla insignia. The intricate level of detail creates a range of hidden subtext within the sculpture. 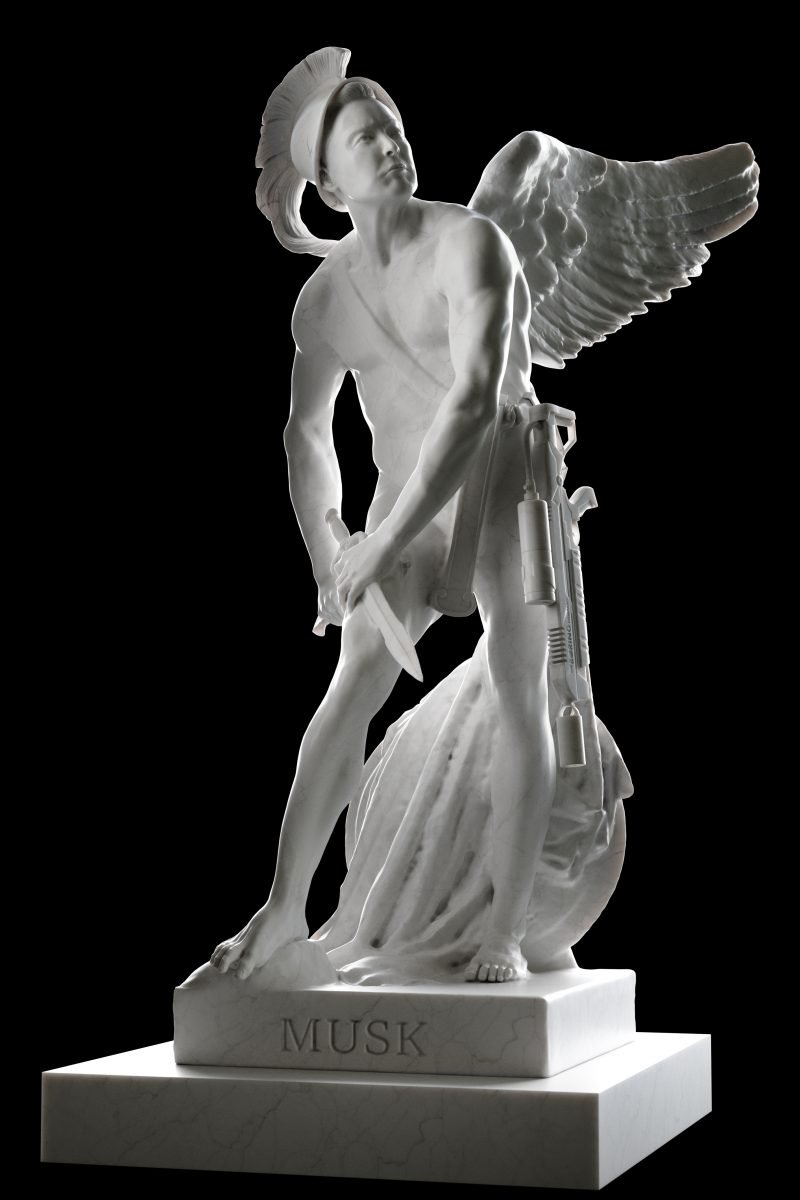 Elon Musk statue with the title: “Exile and Escape.”

The statue also bears an arrow through his thigh with the word “AI” on it. This is a cheeky reference to Musk’s famous admonishment of AI technologies and fear-mongering on the subject. Similarly, Mark Zuckerberg’s bust bears the title, “the new opium”, clearly a critique of the addictive nature of social media. It closely resembles a similar bust of emperor Augustus.

While the majority of the figures are from silicon valley, the piece also includes political figures like Trump, Putin and Xi Jinping. Among the most scathing rebukes in the sculptures is the figure of Jeff Bezos trampling an unidentified person on a horse. It uses Jeff Bezos’ fondness for equestrian-fare and shows him trampling an unidentifiable man, possibly an allusion to Amazon’s unfair labour practices. 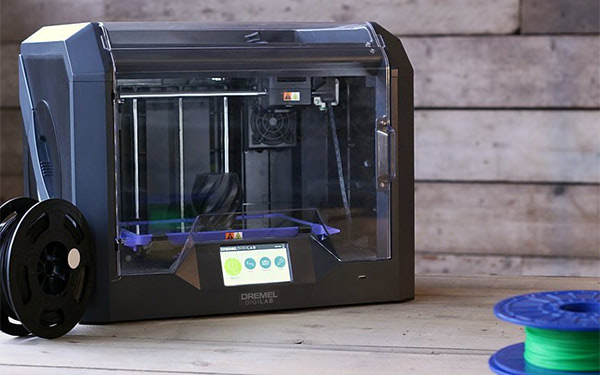 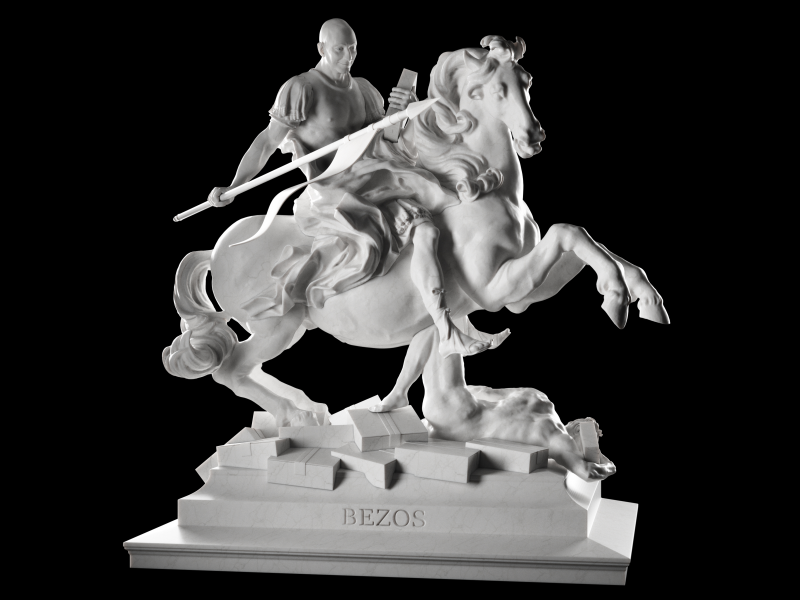 Originally, the digital models were only available via Augmented Reality. Eventually, Sebastian Errazurriz decided to 3D print them and make them part of a physical exhibit. Each sculpture piece was originally geotagged to specific locations within the Metropolitan Museum of Art in New York, the British Museum in London, and even the Louvre in Paris. As a result, the visitors could hold up their phones and view sculptures alongside all the other works in the sculpture galleries.

Despite using modern technologies to depict these figures, Errazurriz has reservations about certain innovations. He expresses his reservations about things like AI using such forms. “I think it’s important to be honest and wave that flag, because no one in tech wants to,” he says. “No one working in artificial intelligence wants to say, ‘Hey, yes, chances are this thing’s going to go really wrong’.” 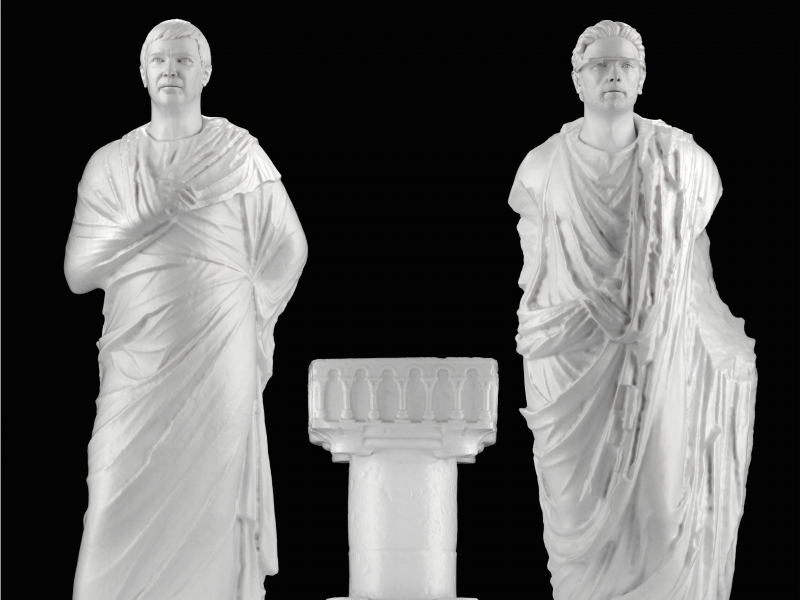 The provocative art pieces will be on display next month. Whether people agree with the message or not, it is a stark illustration of how detailed art is possible through additive manufacturing. It also illustrates the cross-media applications of AR technology.