The benefits of micro 3D printing are mini — err, many. A wide range of goods can be cost-effectively produced with micro printers, such as filters, antennas, optical slits and arrays, microvalves, fluidic channels, and tiny versions of gears and springs. Most micro 3D printers operate in a similar way to SLA 3D printers where a vat of liquid photopolymer resin is selectively cured into solid objects. What makes MicroMaker3D different is its patent-pending Laminated Resin Printing (LRP) technology, which uses solid resin sheets rather than a liquid. The sheets are incredibly thin at 5 microns (0.005mm), giving the printer a voxel resolution of 5 microns. There are even applications for single-layer prints like stencils.

LRP works like this: a sheet of dry film photoresist resin is placed on the bed and a cross-section of the model is projected onto it using an ultraviolet light source. Another sheet is then placed on top of the first and the next cross-section is projected. After all of the layers are printed, the stack of sheets is heat cured “through a precisely controlled catalytic cross-linking reaction in the activated areas” to completely polymerize the object. Finally, all of the unpolymerized resin is washed away to leave a fully dense part.

MicroMaker3D comes with some nice trade-offs. For one, it can print any degree of overhang because the unpolymerized sheets act as support materials. That also enables it to print moving parts with extremely tight tolerances. The other nice thing about LRP is that because the resin is already solid, it doesn’t shrink and warp when it cures so parts come out exactly the right size and shape. The process uses industry standard photoresists that are resistant to heat, solvents, acids, and harsh environments. Unlike photolithography, LRP doesn’t require a cleanroom, making it much more accessible.

As previously mentioned, there are numerous applications for micro 3D printing, but the team of MicroMaker3D is hoping it will revolutionize the production of microsensors. Andrea Bubendorfer, co-inventor, explains, “So you think about your phone, which maybe weighs 50 or 100 grams, but it actually takes a huge amount of resources to mine all the minerals that go into something like that. We invented this technology – a lower-cost way of being able to make these types of structures – with the hope that New Zealand companies can afford to get into this industry.” 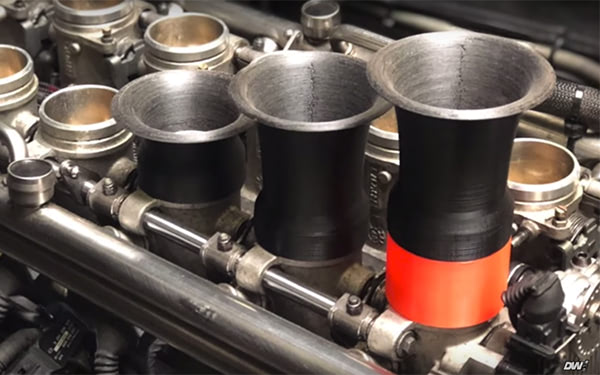