A start-up called Yeehaw have launched a kickstarter campaign for a novel new device for creating 3D models. The Yeehaw Wand costs $99 and uses augmented reality to give designers the power to sketch their designs out of thin air. The device acts as a digital brush that captures the hand motions of users. Additionally, customers can operate it using their smart phones as the interface. On top of that, they can also print your designs and have them delivered.

The wand itself is an elegant solution to making 3D modeling easier. It uses a 360° plate and the camera on a tablet or phone to register the motion of the brush and sculpt an object. The wand also has buttons to allow aid users in adjusting colors, rotating the model and much more. Yeehaw have stated that it works on virtually any smartphone or tablet with a camera. 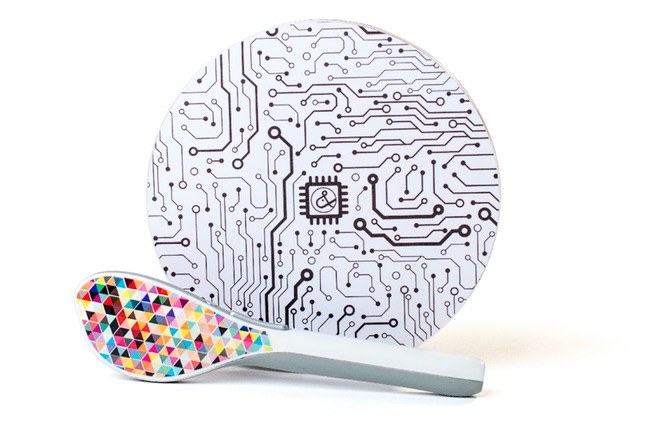 Yeehaw, aside from producing the wand, have also dabbled in 3D printing, so naturally they would incorporate their modeling software with their additive manufacturing side. As a result, once a user has completed their design they also have the option to order it for printing directly from the app.

The wand uses the Open GL software and is available on Android and iOS. They can either have their creation delivered to them or they can store it as a printable file and do so from a printer of their own choice. While the project deadline is in January, it has already raised $9,000 above its initial goal.

Yeehaw are not the only company leveraging the possibilities of new tech into 3D modeling. As we covered previously, items such as the MakeVR Pro use VR and a similar wand technology as a means for sculpting. While the VR pro uses a headset, the Yeehaw wand uses phones and tables as the visual interface.

Augmented reality may not be as immersive as VR, but it is easily attainable and less costly. In this way, the wand has an advantage. It is not only accessible because it uses a more common technology, it is also cheaper because of it. With a $99 price tag and accessibility on phones and tablets, it is quite easy for most people to use.

New hardware and software for creating models are on the rise as printers become more advanced and are implemented by more industries. A digital style of creating objects also means that new means of creating models need to follow. These can come in handy not only for art and fashion designers, but also industrial purposes in the future.