Whatever your thoughts on Netflix’ super-popular new Korean Drama, Squid Game,
(currently number 1 show in 90 countries), one thing is for sure… this Halloween is likely to see a lot of folks dressing up in the stylish show’s props and costumes, be it in South Korea or further afield.

Of course, one thing that pretty much guarantees that this will be a Squid Game themed Halloween is the availability of the costume models on various sites online. While the show was released only a few weeks ago, 3D modelers and makers have been hard at work replicating the instantly recognisable masks from the show.

While there has been no confirmation from Netflix or the show’s costume/art director, it seems likely that the masks in the TV show may have been 3D printed in the first place.

So, let’s familiarize ourselves with some of the masks on the show and take a look at some examples from makers who have been hard at work replicating them.

Makers were quick to take to the Frontman mask design, largely because of its simple geometry and innate 3D printability making it suitable for even the most budget friendly printer and filament. These have been cropping up on Reddit for a few weeks now, and will likely be a popular choice for Halloween this year.

You can check out Thingiverse user Kimgooni’s 3D model of the Frontman mask over at this link.

The workers in the world of Squid Game can be identified by their pink jumpsuits and 3/4 of the Playstation controller icons printed on the front of their black mesh masks.

In fact, in case you were wondering, the icons are not associated with Sony at all, and in fact make up components of Korean Hangul spelling out the Korean name for Squid Game (Ojingeo Geim).

These masks are made of a mesh-like material formed into a dome that covers the face. The masks fold in two, and are adorned with either a circle, a square or a triangle on the front to signify the wearer’s position in the hierarchy.

The masks are physically the same, and are differentiated by the symbol only.

The masks appear frequently throughout the series and in fairly large numbers compared to the Frontman or VIP masks, so one wonders if they would have been 3D printed or fabricated more traditionally (laser cutting/metal forming)….

Either way, unless you’re planning on creating an army of soldiers for Halloween, it should be perfectly economical and fine to print one on your own desktop printer.

A resin printer may be the best option in this case, as boring the holes clean on an FDM print may get a little tedious…

You can find the STL files for these masks (also from user Kimgooni) over at this link on Thingiverse.

The most intricate of the masks on the show belong to the VIPs. They are formed into the faces of animals such as pigs (appropriately) and other creatures.

The masks are covered with a gold coating of some kind, with the main VIP’s mask having a rainbow shimmer like a piece of bismuth. I am very curious as to how the finish was applied.

These masks are available on a number of different 3D model sites, and are even cropping up on retail sites such as Lazada and Shoppee here in Asia.

The store-bought versions are seemingly made from molded latex. The quality of these cheap masks cannot be guaranteed, however if you would like to print one yourself then you can find lots of VIP masks styles over on Renderhub, in particular maker Blackstar90 has apparently been busy, as he has a variety of the masks available on his page.

These masks are going to end up covered with a gold finish anyway, so you could probably get away with using FDM, or resin, and apply a primer and metallic paint of some kind.

Conclusively, we can say that all of the mask props in the show are all absolutely perfect for 3D printing and likely have utilized 3D printing pretty in the actual production of the show.

Of course, we don’t have any confirmation of that, but the geometry of the masks, (especially the VIP ones) would be pretty time consuming to build the old fashioned way, so we’re going to go out on a limb and say that it’s highly likely that AM played a part in the production of the show.

And if art director Chae Kyoung-sun would like to confirm or deny that, we would be most happy to chat to her about it, from a manufacturing engineering perspective, naturally! 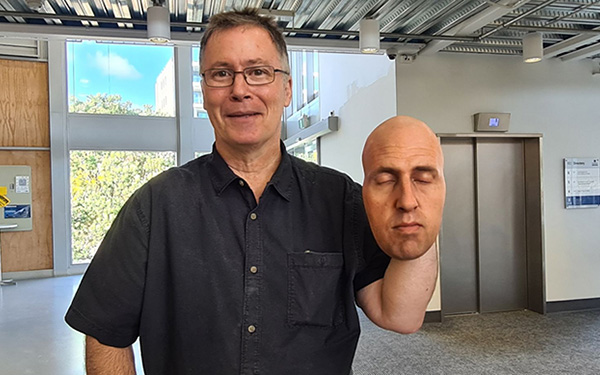