One of the main concerns for proponents of additive manufacturing technology is the threat of cyber hacking. A company named Cubichain plans to eradicate this threat by bringing blockchain technology to additive manufacturing. Just this year, scientists hacked a 3D printer, altering the blueprint file for creating a drone. As a result of their hacking, they were able to destroy the drone by causing the 3D printer to incorrectly print important components. 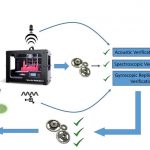 Blockchain technology has made a stellar impression in the world of cyber security within the last couple of years, and experts predict its influence will grow substantially over the next decade. The technology involves a network of decentralized computers distributed internationally.

In this sense, anyone who wanted to hack or produce a counterfeit copy of a 3D print would need to alter the information stored on thousands of computers worldwide, not just one computer. That’s why the technology is so promising.

As well as the malicious hacking described above, the potential for hacking 3D printing systems and producing counterfeit goods is also a problem. If additive manufacturing shall excel as expected over the coming years, a watertight level of security needs to combat these issues.

Tests conducted by Cubichian Technologies have been very promising so far. To demonstrate the inherent usefulness of blockchain technology, the Californian startup worked with CalRAM LLC, an aerospace parts company. By deploying the technology to protect important data for additively manufactured aerospace titanium parts, the company proved that the Cubichain blockchain technology can effortlessly identify part files which have been tampered with.

Consequently, this is a huge step towards overcoming a primary concern for additive manufacturers. Combining the two innovative technologies will revolutionize the future of additive manufacturing. By combating cyber-hacking and counterfeiting, companies can focus more on innovation without worrying about the security of their data. Blockchain technology already underlies the entire Bitcoin network, and thankfully its use translates seamlessly to additive manufacturing.

Blockchain security already underlies the entire Bitcoin network, and thankfully its use translates seamlessly to additive manufacturing. The scalability and unbreakable watertight security is exactly what the AM industry needs.

It’s important to note that the adoption of the blockchain by additive manufacturers is still in its infancy. But this promising proof-of-concept by Cubichain paves the way for an industry-wide solution to some important security issues. 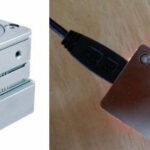 Share:
WhatsApp Twitter Facebook LinkedIn Buffer Reddit E-mail
About the author | Ronan M.
Ronan loves the small pleasures in life such as the first cup of morning coffee and the cold side of the pillow. His other passions include soccer, Thai food, and music.
Latest posts