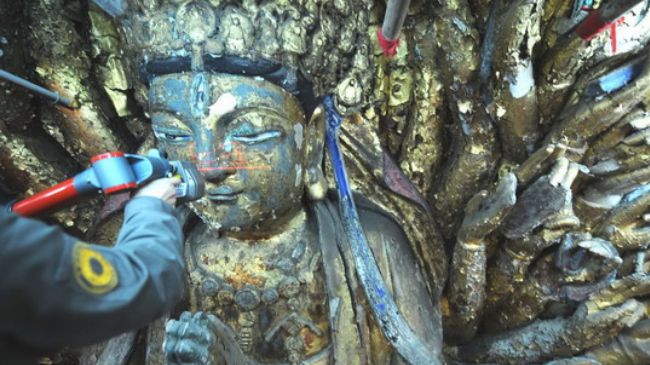 Despite of being a large statue, the piece of art desperately needed to be restored in order to keep on being a robust object in the future. The Chinese government therefore funded an innovative restoration project, with a fresh approach to restoring classic statues. They allowed researchers to use 3D scanning techniques in order to make a scan of the statue and turn it into a 3D model file on the computer.

They then 3D printed a replica of the statue, using the 3D file on their computer. During such methods it’s very common to 3D print the object in different pieces. Otherwise you would be needing a very large 3D printer, which makes the costs rise. The Chinese researchers therefore 3D printed the replica in different pieces, after which they sticked them together (below). 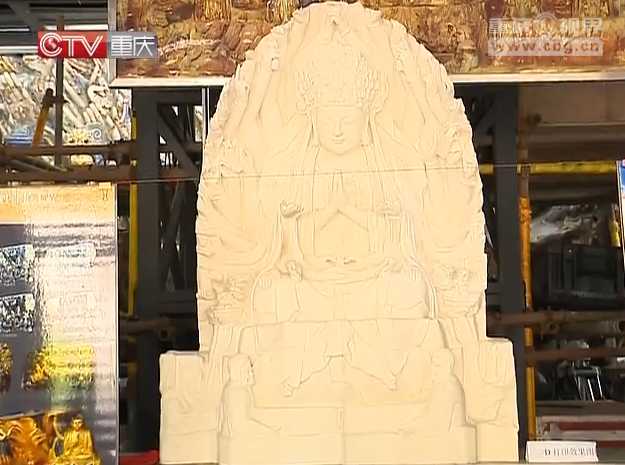 In a statement, Chen Huili, deputy director of Dazu Cultural Relics Protection Project said the following: “Now this white Buddha image you see is a 3D model we made by means of modern 3D technology, or three-dimensional laser scanning. The model will provide us with a scientific reference for restoring the main statue.” In other words: they used a 3D printed model to learn more about the actual statue and how to restore it properly. 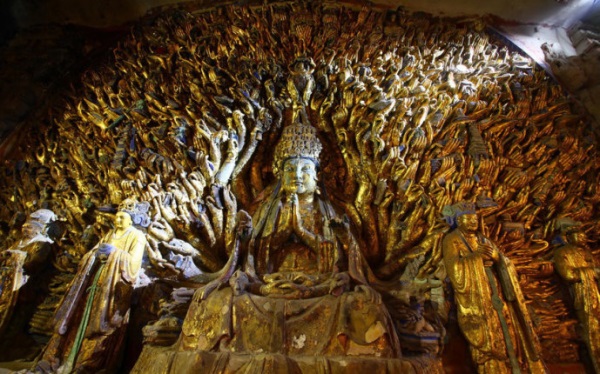 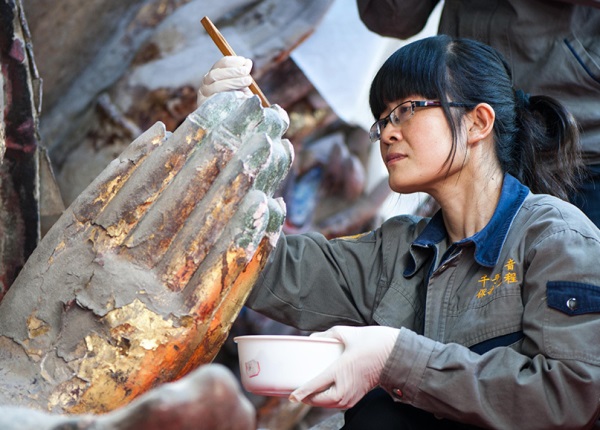 And they’ve come a long way already, as they have restored as many as 830 of the statues hands since they’ve started the project back in 2011. 830 hands: probably these restoration workers won’t be too keen on high fives at the moment. They also have restored around 56 square meters of the middle and upper half of the statue, which they cleaned and painted. The project is now being called ‘China’s No.1 Rock Heritage Preservation Project’. The restoration workers expect to complete it during the first half of 2015.