The study was a collaboration between several German advanced manufacturing companies and employed several different fabrication techniques, including filament winding and multiple types of 3D printing.

The ULBS is to be marketed to makers of hypercars and air taxis where weight reduction is critical. A secondary goal of the study was to demonstrate how quickly the seat could be fabricated using AM, so its 7-month turnaround time is especially noteworthy considering seven companies were working together on the seat. The prototype weighed in at just over 10kg, 20% lighter than comparable lightweight seats. ULBS project leader Stefan Herrmann says there are no seats on the market under 12kg, adding:

“However, a direct comparison is often not apples-to-apples, because aftermarket seats often do not include the seating console in the weight definition. Also, the seating comfort of the ULBS is a lot higher compared to seats with similar weight. Existing seats are often bucket seats, which are even lower weight but not that comfortable, or traditional supersports seats, which have a lot higher weight.”

Much of the weight reduction is thanks to a fiber roving skeleton structure based on a process technology called ‘xFK in 3D,’ which is a filament winding process. The process involves winding resin-impregnated continuous fibers around pegs in a calculated path determined by generative simulations. Aluminum 3D printing was used to produce the peg structure for the winding. Though filament winding isn’t a type of 3D printing, it does qualify as additive manufacturing as only 1% of fiber is wasted in the process. The result is incredibly lightweight and strong in exactly the right places. 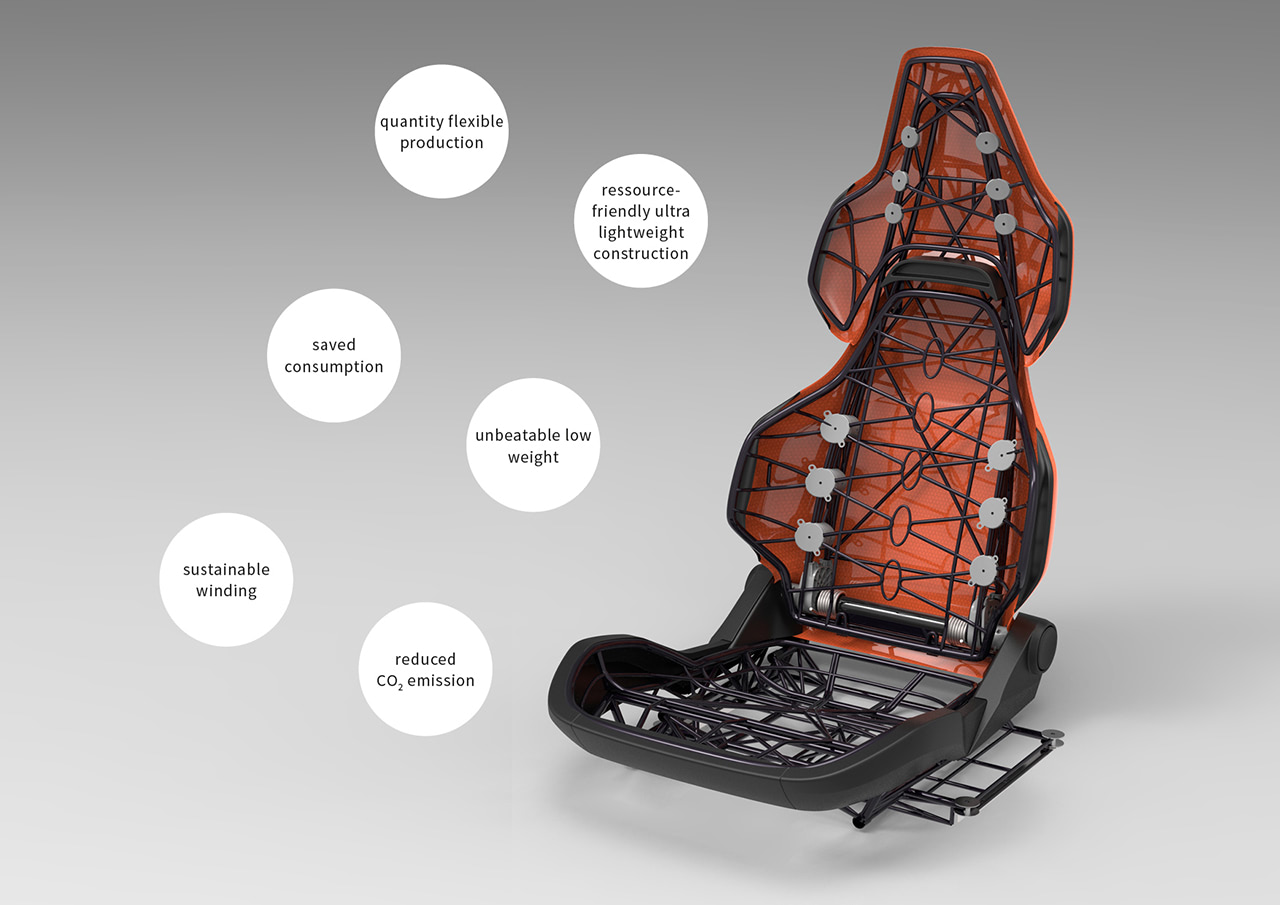 Here’s a breakdown of all the AM processes used to make the ULBS prototype:

That’s a lot of 3D printing in one seat. The payoff is significant, though. If a UAM (urban air mobility) pod has all of its seats swapped for the ULBS, its weight could be reduced enough to more easily include more safety features (like parachutes). We’ve seen assemblies that contain parts produced using different 3D printing technologies but this takes it to another level. This is a very efficient manufacturing method so it’s likely we’ll see more hybrid xFK in 3D/3D printing projects and workflows.