Financially it’s probably everyone’s worst nightmare: getting skimmed. Criminals create self-made devices, which they fit around, onto or into an ATM’s card slot. In combination with some other tactics, these criminals are actually able to extract important data from credit and debit cards, which they use to loot people’s bank accounts. Since a couple of years, these fraud criminals also use 3D printers to print out their skimming devices. 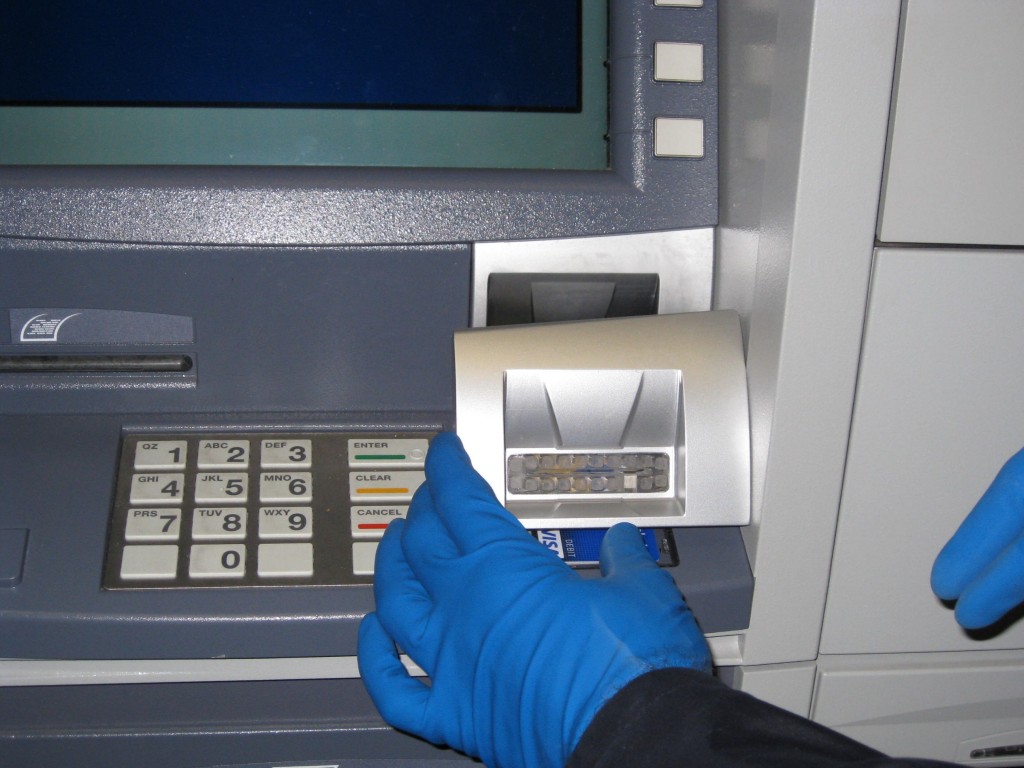 This means 3D printing techniques actually help criminals to improve their work. Using such techniques, they can modify their design in a much quicker way or create a totally new design. It also enables them to make 3D printouts on demand, which they can print out directly in case authorities have detected and removed a current skimming device on an ATM cash point. A new skimmer, called Gripper, is now being active online and the mysterious person asks people to join his international network.

How dangerous is this? Well, it’s highly alarming. It basically means that it’s become easier for skimmers to steal important information from your credit and debit cards. If a person would unconsciously stick it’s paying card into such a fraud port, then this device will be able to read the financial information from the magnetic stripe on the back of the card. Skimmers will attach a little camera to the ATM’s nameplate, which they use to read someone’s PIN code. 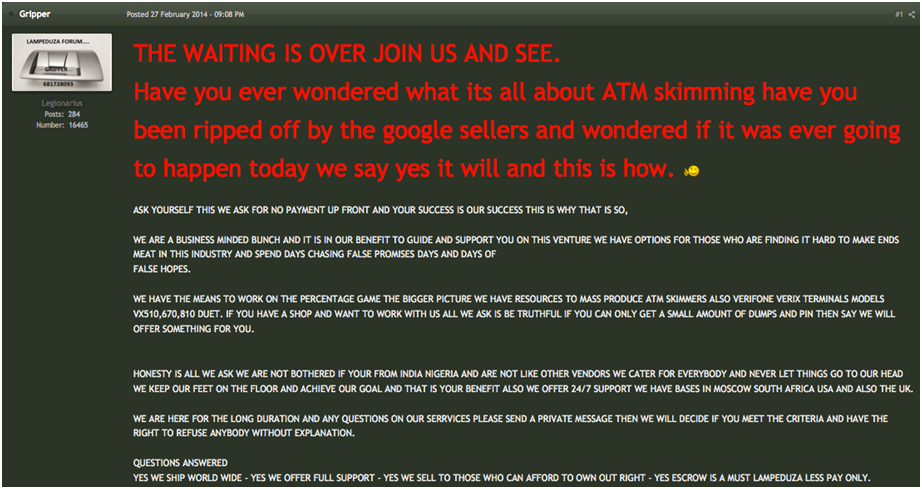 That’s how skimming works and now 3D printing is making it easier for the thieves. Fraud criminals connect via online forums, which sometimes get busted by governments. However, some remain and criminals will always find new applications to connect with each other. New under the radar of media is a mysterious criminal going under the name Gripper. He appears to have been posting on different forums, in which he asks people to join his international network of skimmers, offering a 24/7 support in Moscow, South Africa, the USA and the UK.

Gripper points at the fact that his – or her – team is using the latest technology, such as printing facilities: “Bare in mind we have the power to mass-produce these ATM skimmers with the latest technology. We are not buyers and builders. We have all files needed and printing facilities in China. Also we have files to mass-produce MSRV [magnetic-stripe-reading] electronics.” 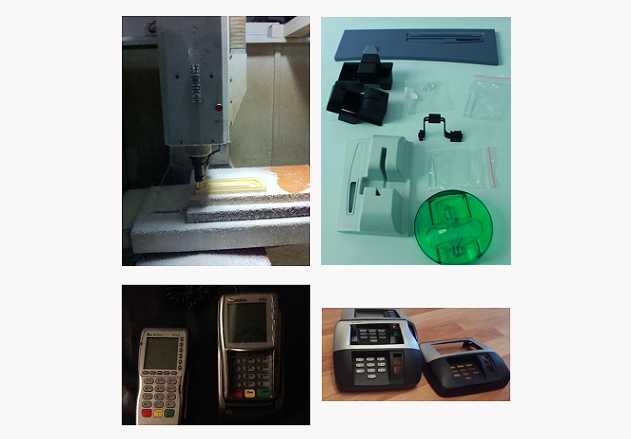 According to Trend Micro, the criminals have posted that they can mass-produce the following ATM and PoS items: a Fake berifone VerixV terminals (VX510, 670 and 810 Duet), a Gerber file for producing the PCBs for MSRV009 credit card readers, an ATM panel, camera panel, and keypads for Wincor ProCash2050xe ATMs, a green cover panel and camera panel for NCR 5886 ATMs ($1850), an apple ring and camera panels for NCR Self Serve ATMs ($2000) and a keypard for Wincor ATMs ($1000).

And if you think that this only applies to the countries listed by Gripper – Moscow, South Africa, the USA and the UK, then unfortunately you’re wrong. Last year’s August, a Romanian fraud criminal got arrested by the Australian police, after a money transfer official contacted police over a suspicious transaction. As it turns out, an entire gang from Romania used 3D printers in order to produce skimming devices in Australia’s Sydney.

Surely the world’s banks and authorities need to improve their cash points in some way, but what way? We honestly couldn’t tell you. What we can do is help you out with some tips to avoid getting skimmed. Read it here and keep safe!