For the first time in history an object has been 3D printed in space. The space 3D printer is located at the International Space Station (ISS) and the first thing it made was a part for the printer itself: a faceplate for the extruder printhead. The object was printed on November 24 and Made in Space is the company that produced the 3D printer for NASA. The printer arrived on September 17 at the ISS. 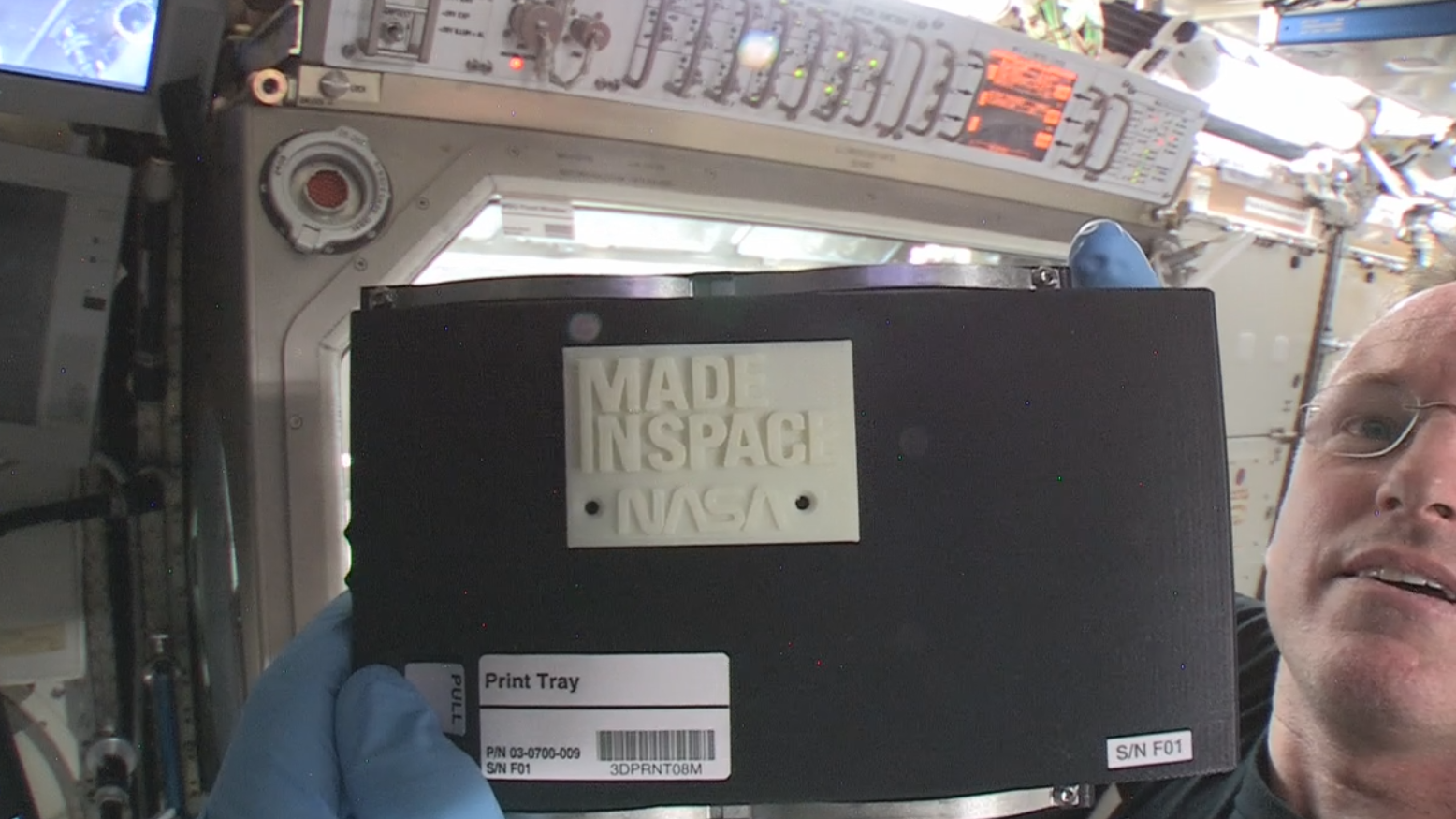 The 3D printer functions on zero gravity. It was installed so astronauts could print their necessary items right away, meaning they will be less dependent on resupply ships for materials, which leads to lower transportation costs. Because they can print out items on-site and therefore avoid having to wait a relatively long time on a resupply ship, it also becomes safer to travel in space.

“When the first human fashioned a tool from a rock, it couldn’t have been conceived that one day we’d be replicating the same fundamental idea in space. We look at the operation of the 3D printer as a transformative moment, not just for space development, but for the capability of our species to live away from Earth.”

The 3D printing project is currently in a test phase, and astronauts will be printing out several test coupons, parts and tools. These objects will be sent to earth to compare the quality of the prints in comparison to items that have been 3D printed on earth. Scientists will look at, inter alia, their flexibility and tensile strength and will so find out whether the 3D printer functions the same or differently in a zero gravity environment. After the team receives the test results, they will work on a second version of their printer, which is expected to be shipped to the ISS by the beginning of 2015.

Made In Space Director of Research and Development Mike Snyder added:

“This project demonstrates the basic fundamentals of useful manufacturing in space. The results of this experiment will serve as a stepping stone for significant future capabilities that will allow for the reduction of spare parts and mass on a spacecraft, which will change exploration mission architectures for the better. Manufacturing components on demand will yield more efficient, more reliable and less Earth dependent space programs in the near future.”