As fans from around the world unite during the FIFA World Cup, we see that football itself is a language that transcends national boundaries.

In that regard, international football fans are a lot like the 3D printing community, as we shall see with this story of two fans who share a love of both the beautiful game, and also a love of additive manufacturing.

Creality spoke to two fans in the UK to discuss the impact that both football and 3D printing has had on both of their lives.

A Tale of Two Fans

Karl and Phil are two 3D printing aficionados living in the UK who also share another hobby –
football.

Karl spent most of his formative years growing up in Germany. As a British youngster who
was still learning the German language at that time, playing football with local kids in the neighborhood was a great way to have fun and socialize free from any language barriers.

“My German was dreadful when I was like 12 and 13. I didn’t have to speak any German because it was football that I was playing,” said Karl.

Karl muddled through with his rudimentary German skills, and the other kids on his team did their best to interact with him in their own broken English.

It was a time when grassroots football rose around the world, especially after France won the
world cup in 1998. In France, their victory inspired locals on the benefits of keeping fit and eating healthily. The result was a growing talent pool of national players in France.

There was a similar desire for such outreach at the grassroots level in the UK. 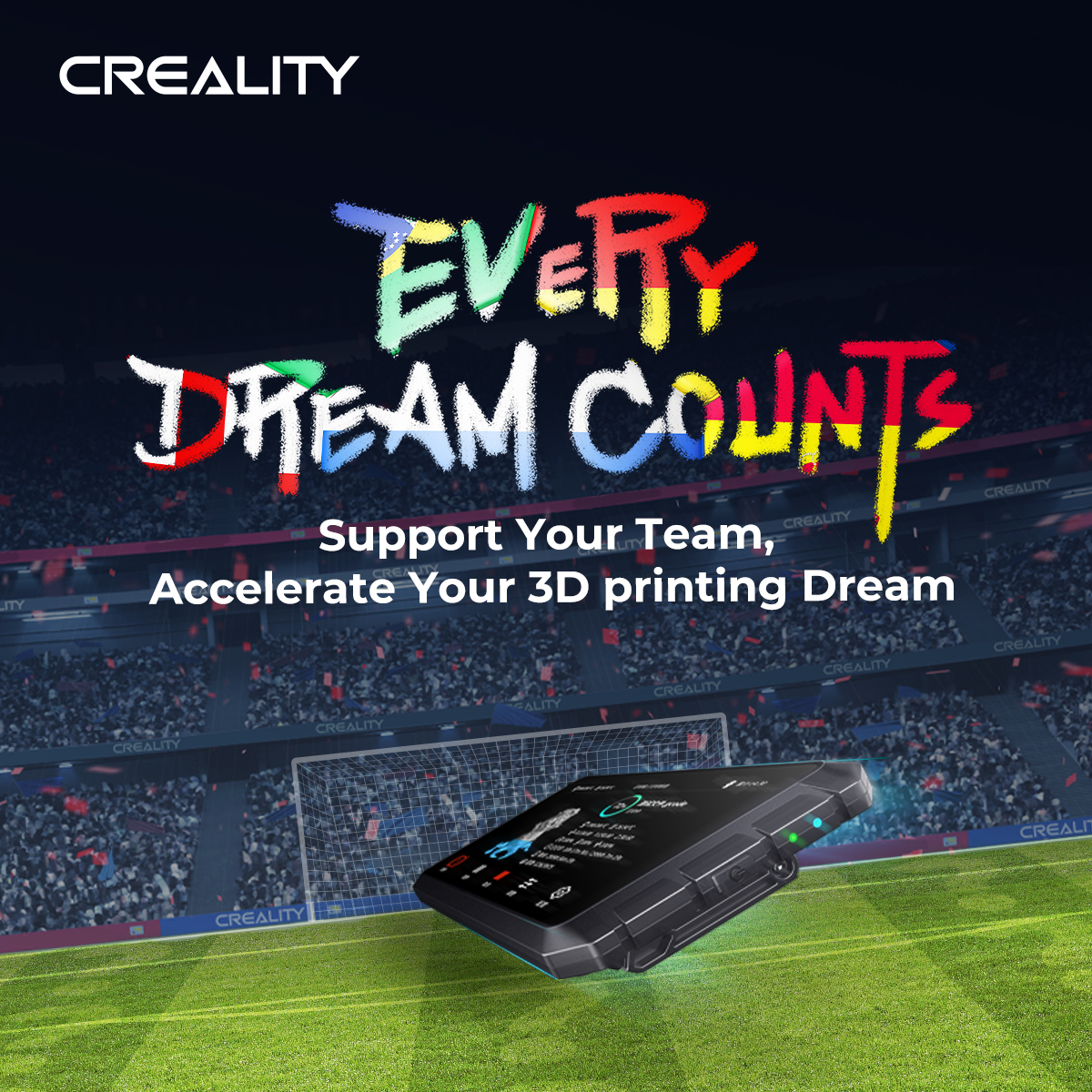 Karl has answered that call, and is now a father of four and works as a community football coach for kids under 12, where he shares his passion for the game with his home community.

His community-mindedness and desire to share his knowledge with others also extends beyond football, and into the world of 3D printing.

As the administrator of a Facebook group named “Under The Hotend 3D Group”, Karl sees many things in common between football and 3D printing.

With the support of community members around the world, one can pick up and enjoy 3D printing quickly, and most importantly, get friends worldwide who share the same passion without language barriers – just as Karl did as a youth in Germany.

Our second football and AM fan is named Phil. Phil is a scientist in a global healthcare company, and was switched onto the world of 3D printing as a result of his love of machinery, and as a maker.

He and Karl became friends via the Creality Official User Group, where they both share their works, answer questions from community members, and post their reviews of 3D printers and accessories.

He is also a YouTube reviewer at the 3DPUK channel. At 3DPUK he creates videos of new machines, unboxings, builds and reviews of 3D printers to make 3D printing more comprehensible to the public, and to help buyers make informed decisions on their next purchases.

“The 3D printing community is very much like the team sports football. The ultimate goal is
to get the best print, the best quality from your printer,” said Phil.

“Don’t be afraid to ask for help, and the community is there for you. We all want that goal. We all want that win. How are you gonna get there? We’re gonna have to work together. But ultimately, the person who scores the goal is the one that gets to celebrate his name on the score sheet…it’s a bit like 3D printing.”

To Karl, sharing his 3D printing interest with his own kids is a great opportunity for some family bonding.

“I love when my kids come home and ask ‘Can we make this? My teacher was talking about ancient Greece’. We go online, we find something, and we print it. I love being able to do that with them,” said Karl.

“We don’t sit there and watch the print for 26 hours, but I know that I’ve spent quality time with my kids instead of just throwing an iPad and letting them go watch YouTube.”

Scientist Phil feels the same way and is not a fan of offloading parenting duties to a handheld device.

“And the way to keep your children quiet is to put maybe a phone or a tablet in front of them. We can do something different and inspire people and put them towards 3D printing.

Then the goal is really to share that technology, because it’s just as fun to actually use the computer that we’re trying to encourage them to use and create a file, talk to people about how to do it, and then make it and print it.”

Thanks to the product reviews shared in the 3D printing community by people such as Karl and Phil, new products are known to more people, and the feedback is collected by manufacturers which helps them to serve the community better.

“Like Creality Sonic Pad, it has a massive impact in the community, because it brings out Klipper firmware as standard on 3D printers,” said Karl.

Previously, there was a lot of messing around to get Klipper running properly, but with the Creality Sonic Pad, the headaches have been removed, allowing wider access for faster printing.

“If I can print something in 10 hours instead of 24, my wife will be happy,” noted Karl.

Karl has realized that his skills can benefit those outside of the AM community also.

He told Creality that he put a post on Facebook selling 3D printed Christmas baubles with family photos attached, which got popular among people who lost their loved ones in the past years.

“I’ve had an impact on someone who doesn’t print,” he said.

“They’ve got no idea what a 3D printer is, but they know that I can print for them and give them the picture of their loved ones. It’s so important and valuable.”

Speaking of future plans, Phil said he would continue his message through his YouTube
channel.

“It’s not just a privilege to be out to show things and have the opportunity to review
them, but to know that the impact I might be having on somebody else, whether it be a
youngster joining into this technology or someone who needs something to do after retirement.

I am gonna make sure that my message now will be to inspire other people to go out and share with the community, and take the risk to enjoy 3D printing.”

You can find Phil’s reviews and other videos over at the 3DPUK channel over at this link.

And if Facebook is your thing, you can drop in to the Under the Hotend 3D Group, over here.