The bike is named Tardigrade, after the small creature famed for its ability to survive the hard vacuum and radiation environment of space.

According to the Hookie website, the bike was named as such because “Tardigrades are true survivors who have also endured the rigors of outer space.”, and we guess the bike can do the same.

The bike is fully electric, obviously, because you’d have difficulty running an internal combustion engine on the Moon, with the lack of oxygen (and gas stations) and whatnot.

This makes it lighter than the previous Moon Buggy (which had a mass of 210kg), which was delivered to the Moon’s surface on the Apollo 15.

Of course, the Moon Buggy (officially named as the Lunar Roving Unit) was designed for two people, while the Tardigrade bike appears to be designed for a single occupant.

One would guess that the bike is much cheaper also, as the original Moon Buggy is the most expensive car ever built, coming in at an eye-watering $38 million in development costs . It was originally slated at 19 million but space projects are not cheap and cost overruns ultimately bumped the price up quite a bit.

The airless tyres are printed with polyurethane and each wheel comprises 12 printed segments which are assembled together to form the tyre, as you can see in the image below.

One wonders if polyurethane is the best choice for this application, as polyurethane tends to degrade in UV and even visible light. Polyurethane also comes in thermoset and thermoplastic versions. Given how hot the lunar surface gets sometimes (up to 130 degrees celsius) , one hopes they opted for the thermoset plastic rather than the thermoplastic with its low melting point.

While the company has not published explicit details of the type of printing that they used for development of the Tardigrade tyres, they indicate that they have partnered with German company Additive Elements, who specialise in binder jetting printers, so it is possible that they have employed this system on their space bike.

Additional AM parts on the bike concept include the handlebar mount and the wheel caps.

The bulk of the bike’s structure is manufactured from laser cut aluminium and steel tubing.

You can see the Tardigrade concept in action in the rendered video below.

And if you are in the states, then you might still catch the bike in real life which is on display at the world famous Petersen Automotive Museum which fans of Jay Leno’s Garage may recognise.

It will be on display at the Petersen until March 2022. 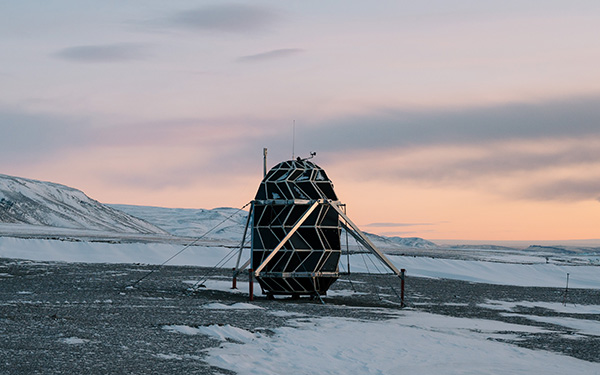