Pablo Picasso, like many geniuses of the art world, went through some hard times in his early days. Being broke and fairly destitute at one stage in his life, he could barely even afford painting materials and canvases, and on occasion was forced to paint over previous works in order to recycle canvases..

Some of these covered paintings have been identified via usage of various imaging methods such as X-ray, UV and infrared imaging, but have mostly only been able to identify the edges of the lost paintings.

Recently, AI has been able to fill in the gaps and with use of 3D printing, a team of specialists has been able to replicate the lost painting without damaging the priceless artwork that covers it.

The team of researchers have formed a company called Oxia Palus, who are specializing in recovering lost art works by use of AI and other technologies. The company recons that there could be potentially thousands of lost masterpieces hidden beneath other paintings, and this method may help the world see what once was lost.

The paintings produced by Picasso during these times formed what became known as the Blue Period, and one such painting from that era is The Blind Man’s Meal (painted in 1903) which you can see in the image below.

The existence of the hidden painting beneath the Blind Man’s Meal was discovered by use of X-ray fluorescence (XRF) imaging in 2010.

This hidden image beneath the surface became known as The Lonesome Crouching Nude, and you can see what that looks like below.

The researchers first scanned the Blind Man’s Meal with X-ray and infrared imaging to determine the shape and features of the hidden painting.

Then, an artificial neural network was trained to replicate features of Picasso’s work, such as brush stroke.

Texture was added by generation of a heightmap of the image, and the AI generated brushstrokes were then replicated in 1:1 scale on a canvas with a 3D printer. Apparently the miniscule brush strokes count as three dimensional features compared to straight 2D colour printing. Makes sense,

You can see the result below, which is a combination of the scans and the AI brushstrokes, based on Picasso’s style at the time.

The hidden painting has long been acknowledged as being part of the Blue Period of works from the painter, and the 3D printed artwork will be the first time that the public will be able to view the hidden work with their own eyes.

“I hope that Picasso would be happy in knowing the treasure he’s hidden for future generations is finally being revealed, 48 years after his death and 118 years after the painting was concealed,” said George Cann, co-founder of Oxia Palus. 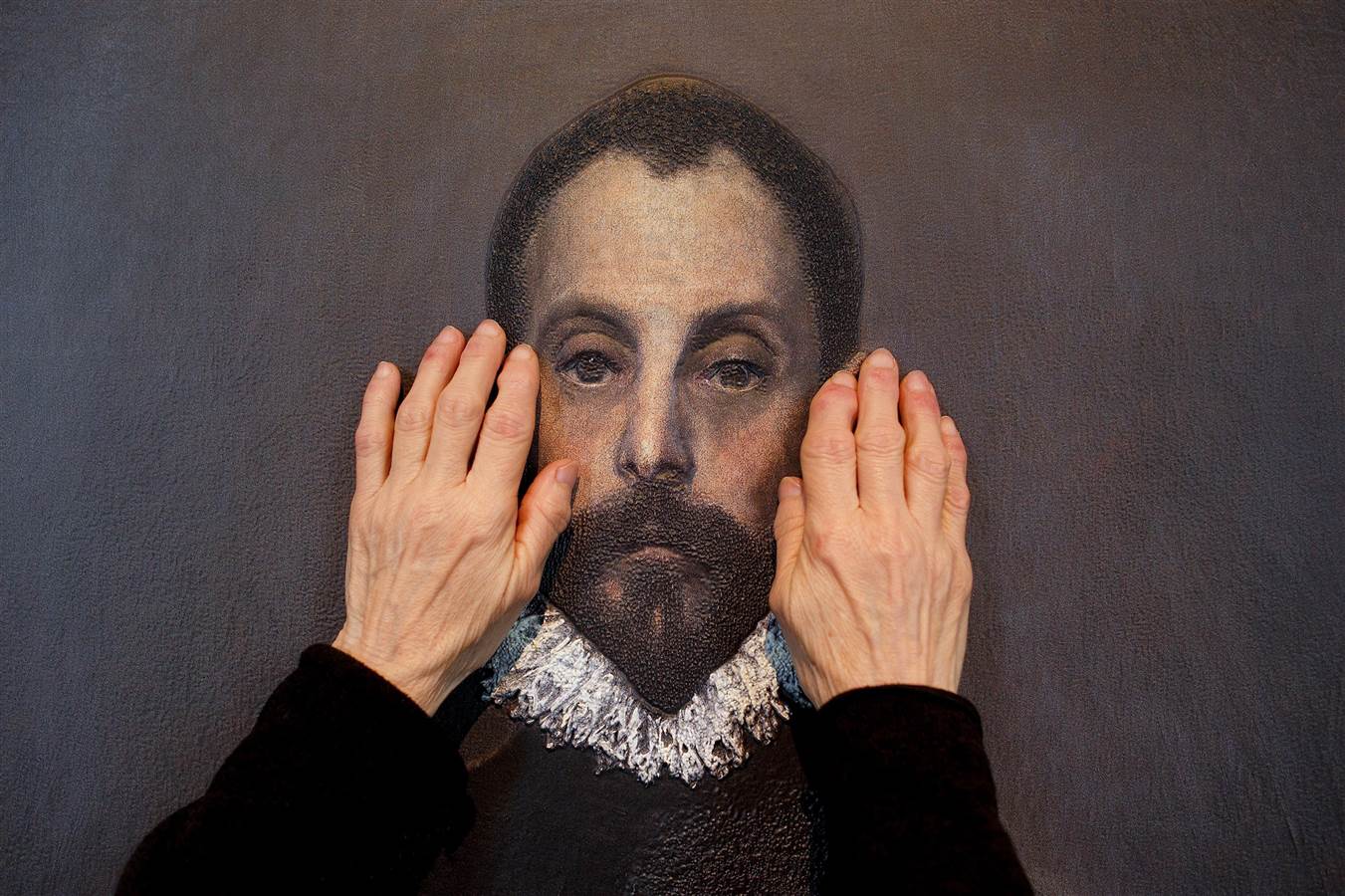