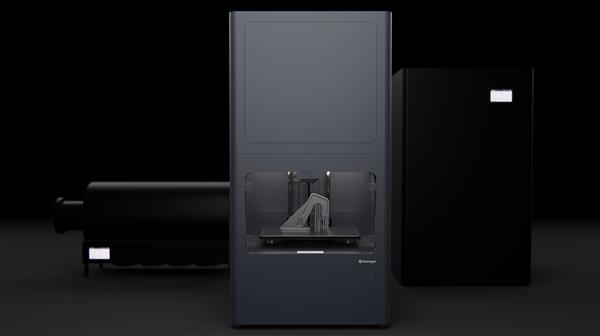 While the case only lasted in a two-week trial, the issue was going on for much longer. It has just come out that there was no violation of U.S. Patent No. 9,815,118, entitled ‘Fabricating Multi-Part Assemblies’, or U.S. Patent No. 9,833,839, entitled ‘Fabricating an Interface Layer for Removable Support’. However, the company is not entirely out of the woods yet. The cases for five trade and contract violations are still pending in court.

At the time, Greg Mark responded to the claims with this statement: “I founded Markforged in my kitchen six years ago. I dreamt of giving every engineer the ability to 3D print real, functional, mechanical parts. We invented something that had never existed before — a continuous carbon fiber 3D printer. Our Metal X product is an extension of that platform.”

The case came on the heels of Markforged’s first metal 3D printing system launch in January 2017. The allegations have marked the company’s reputation since. The 2-week hearing concluded on Friday 27th July, with the jury citing little conclusive evidence of infringement.

The allegations centred around 2 brothers Matiu Parangi, who worked briefly with Desktop Metal as a print lab technician, and Abraham Parangi, who serves as Director, Technology & Creative at Markforged. The allegations implicated the 2 brothers in a theft conspiracy. The case went further in stating that Matiu downloaded information pertaining to IP and processes and sent it illegally to Abraham. This was an alleged violation of Matiu’s signed Non-Disclosure Agreement from 2016.

The proceedings for the remaining cases are yet to conclude. While Markforged are not fully cleared, this is a sign for them to breathe a little easier.