“When manufacturing on complex engineering programmes, we need a method that can create an accurate, complex, functional and lightweight duct efficiently with minimal tooling costs – this is where 3D printing fits perfectly,” Chris Botting, Materials, Processes and Additive Manufacturing Engineer at Marshall, said. “But we also need to ensure that the ducting work produced will be approved by the EASA for flight.”

Marshall and Stratasys have allowed for the development of parts at lower costs and at faster rates. It also allows both companies to eschew the use of Aluminum parts for plastics, cutting down costs and weight restrictions. The prototypes comprise of ASA, whereas the duct material is ULTEM 9085 resin. 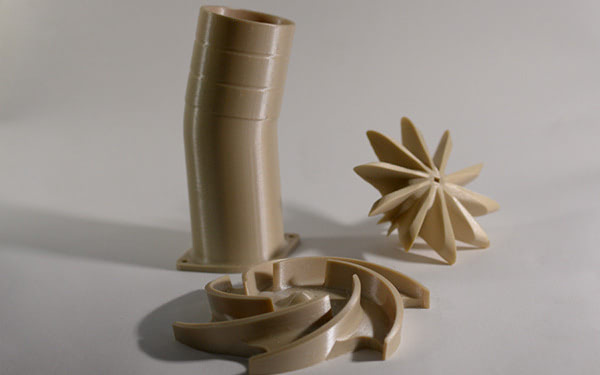 “Before committing to expensive aluminium machining, we used the Fortus 450mc to 3D print a prototype in ASA material,” Botting added. “It enabled us to create an accurate working prototype of a complex component. We were then able to demonstrate it had the potential to be 3D printed in Nylon 12 … The 3D printed duct led to a significant cost reduction … as well as a 63 per cent reduction in overall weight.”

Marshall’s 3D printing integration goes beyond simply the ducts as well. The company is also looking at the development of holders for safety knives and switches for aircraft interiors. Marshall is using a Fortus 450mc 3D printer from Stratasys along with an Ireland Platinum Partner SYS Systems to build final parts on the ground. Marshall also created a ducting adapter prototype for ventilating the aircraft’s avionics.

Marshall’s aerospace operations shifting to 3D printing is part of a wider trend among industrial manufacturers. The on-demand capabilities of the technology are very suitable to the needs of the industry. It’s not just better for storage costs but also for decreasing engine weight. Companies like Boeing and Virgin have been employing all types of 3D printing to their aerospace operations for a while now. Aerospace companies are also finding new applications for 3D printing every day.