For a while now, NASA have been gathering up submission concepts for their 3D printed habitat competition. The various contestants all presented their ideas for what they consider to be an on-site manufacturing plan for Mars. Moreover, they had to come up with solutions to materials delivery, shelter and production. Now, the prestigious aerospace giant has announced 5 contestants as winners, with Arkansas-based team Zopherus topping the list.

NASA have now gone over the various digital representations of the concepts and announced the following 3D printed habitat competition winners:

Zopherus’ concept brought in the most practical solutions to space construction. A lander scans the area and selects one for optimum printing. Then, it sends out autonomous robots that gather the materials for manufacturing. There are more intricacies to this sci-fi sounding plan, such as how the lander seals itself to the ground to provide a protected, pressurised print environment, then mixes materials, and begins to print the hexagonal structure. 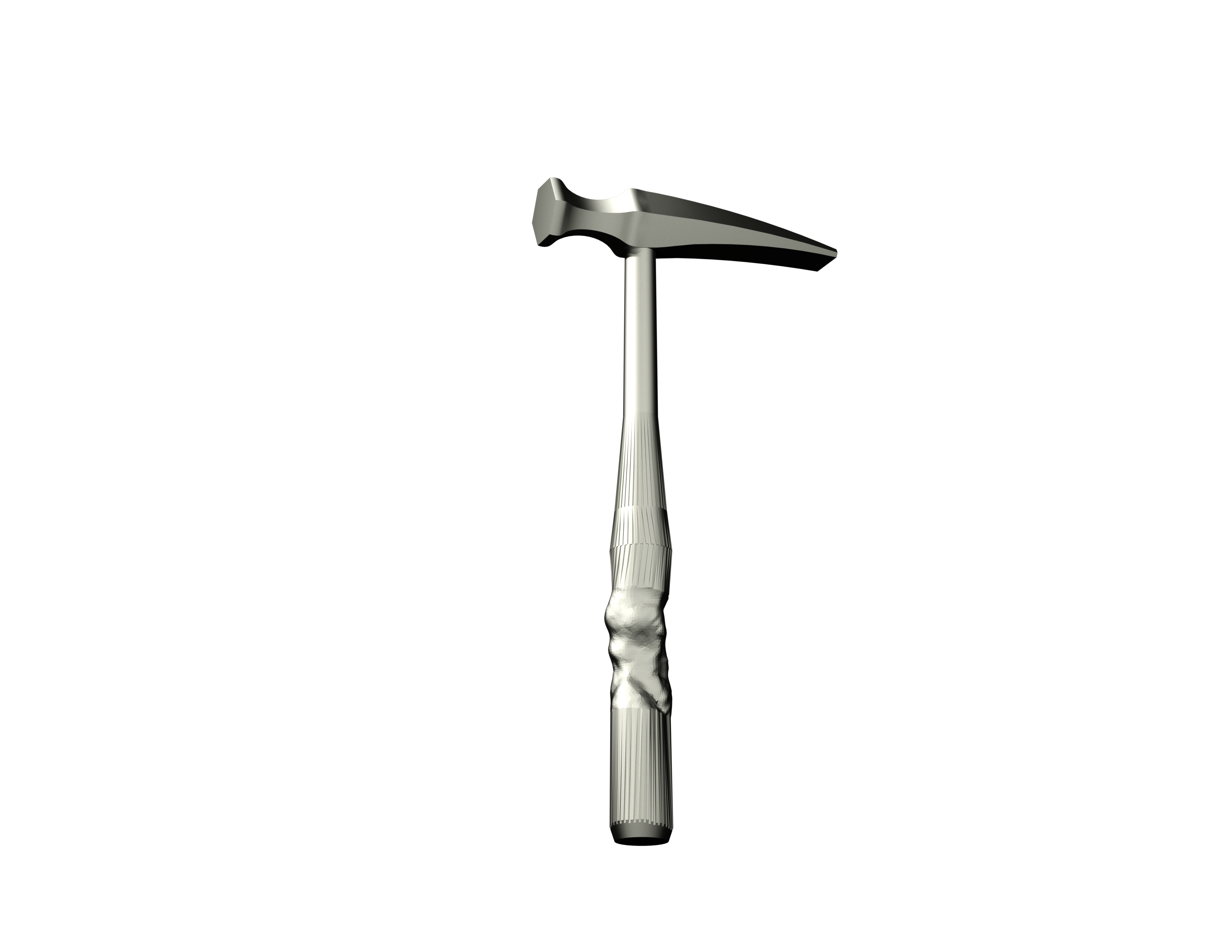 The hexagonal structures allow the main construction hub to stack the various ancillary ones closer to itself. Much like a bee hive, they form a community with insect-like drones running about scavenging. They make the structure out of ice, calcium oxide and Martian aggregate. The structure also features a hydroponic garden, growing plants and vegetables. 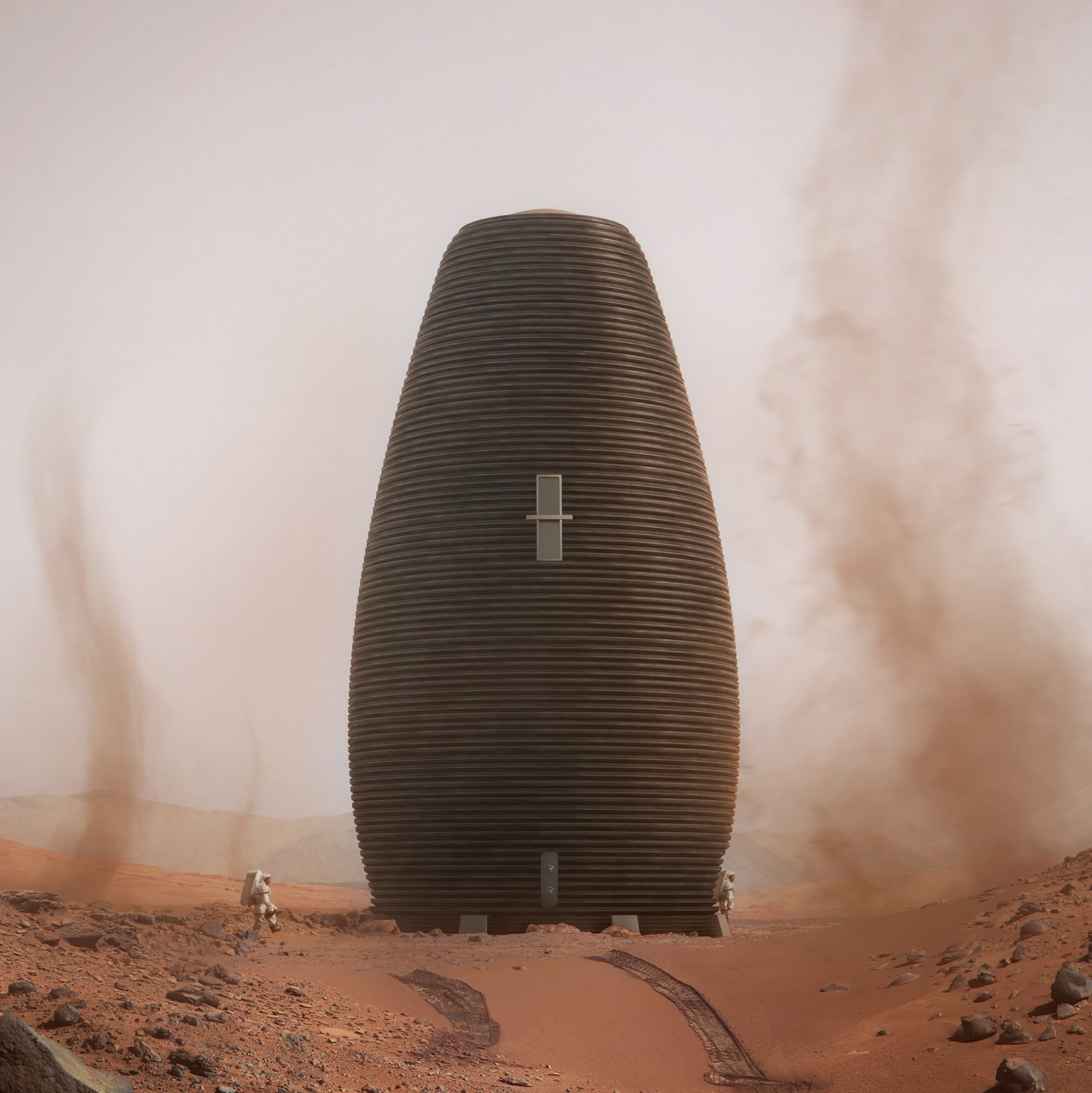 While Zopherus may have won the competition, the runners-up were no slouches either. AISpace factory placed just under Zopherus, but had a unique egg-shape structure in their designs. The team proposed a double shell system habitat that mitigates the internal atmospheric pressure and structural stresses that would likely occur on Mars.

The lander would begin building the structure from basalt fibre, extractable from Martian rock, and renewable PLA. What probably gave Zopherus the edge was that each structure in this design is standalone, making it less communal. Still, it’s a fantastic concept.

Kahn-Yates came in at 3rd place. They came up with some very smooth yet oblong forms that prevent dust storm damage. The core in this design lands as a pre-fabricated construct, while it prints the rest with a five-axis print arm. The arm comes in from the top of the core, printing a foundation using materials found on the surface of Mars.

It also prints out a concrete shell and a set of HDPE (high-density polyethylene) layers that act as ballast. The structure allows sunlight to come in through, aiding in gardening and food production (and maybe solar power?).

SEArch+/Apis Cor’s design boasts a double-shell design and the ability to protect from solar radiation. It also makes the connection to natural light like the previous entry. It does all of this with the aid of a ISRU regolith.

Apis Cor already has a massive repertoire of construction experience here on Earth, so it’s interesting to see their designs for space. The design uses construction printers very much like Apis Core’s, but moving about on Hercules single-stage reusable vehicles. It sets up the regolith structures and the garden with this setup.

Northwestern’s design features a structure with a spherical shell and outer parabolic dome. The internal shape of the structure which arises by printing on top of an overt inflatable pressure vessel. The autonomous robots then inflate this vessel as it helps maintain an internal atmosphere. Meanwhile, the mars rovers print a shell around it.

It forms a structure with beams and domes, and even definable to be rooms. The rovers print it in tandem with the pressure vessel ensuring a consistent shape. The inside is probably the most detailed out of all of these submissions. It also has a logic to it, where it demarcates the dry rooms from the wet rooms, allowing for more efficient plumbing.

All featured images courtesy of the respective teams and NASA.