The fight against piracy and counterfeiting is an age old one for many modern industries in the digital age. As such, it’s been been on-going concern for 3D printing for quite a while, especially considering the amount of industrial leaders worrying about losing their printed parts and digital models to counterfeit copies. It’s no surprise then, that researchers have sought some sort of identification method or attachment as a solution. Now, researchers at NYU have come up with an advanced QR cloud that may do just that. 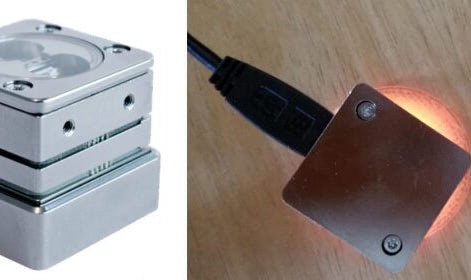 As a joint-effort between NYU Tandon New York and NYU Abu Dhabi in the UAE (with funding from US Office of Naval Research), the findings indicate that printers can embed invisible QR code-like tags into the print itself. Companies could then use these invisible tags to verify the authenticity of the product. The system is quite versatile as NYU has demonstrated it applies to thermoplastics, photopolymers and metal alloys. Each of these materials was successfully able to imprint the QR codes on its surface. 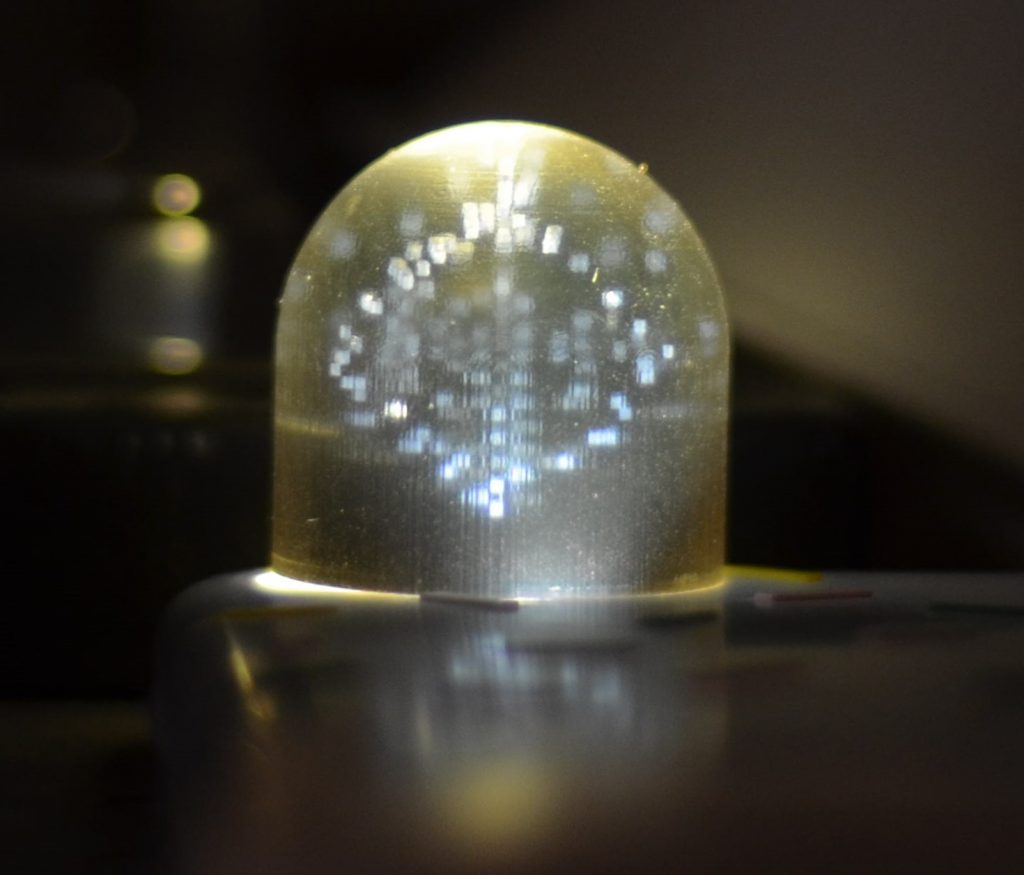 “You need to be cost efficient and match the solution to the threat level,” explains Nikhil Gupta, NYU Tandon associate professor of mechanical engineering, “Our innovation is particularly useful for sophisticated, high-risk sectors such as biomedical and aerospace, in which the quality of even the smallest part is critical.” 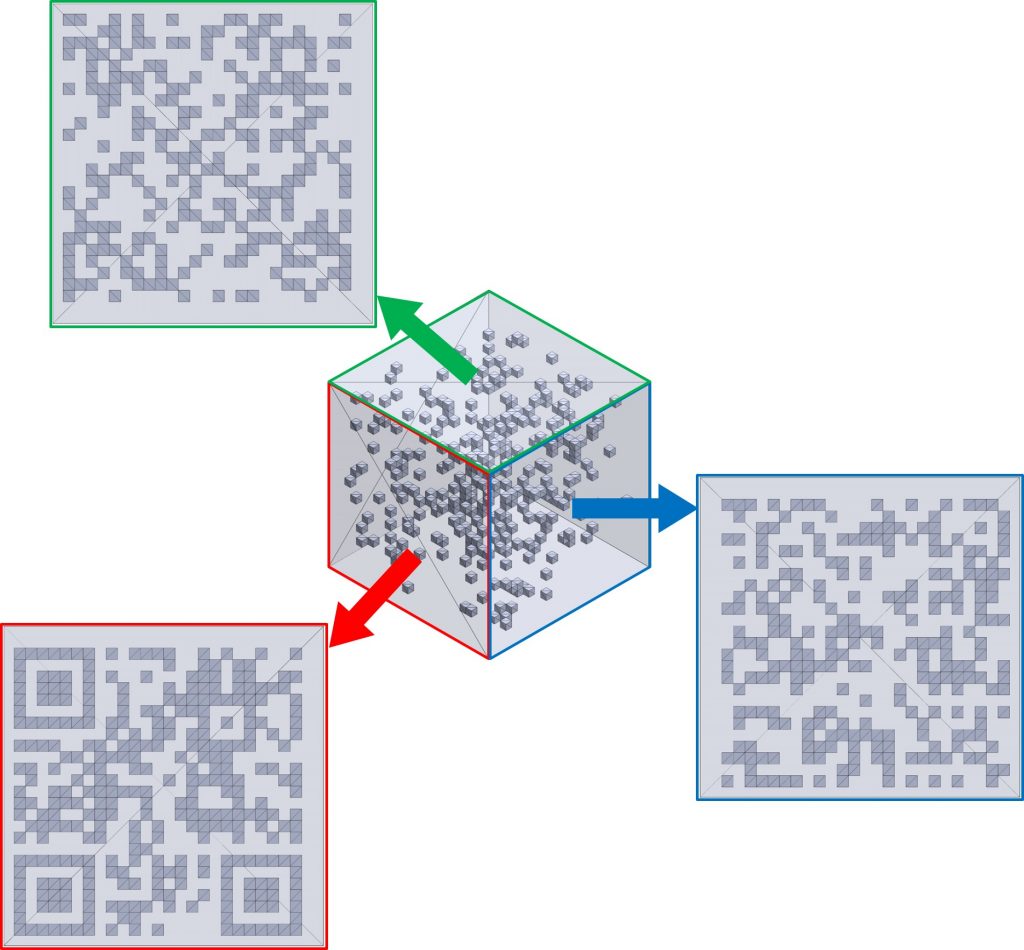 The NYU team essentially took the traditional QR code format and made it 3 dimensional. As a cloud of pixels, they can only be detected by a scanner when aligned properly. While in the form of a 3D structure, researchers could encode multiple faces into this QR cloud. As a result, it’s far harder to determine what the true code is within hundreds of tiny elements all over the model. The team refers to these red herrings as ‘false faces’ that disguise the code and prevent inauthentic replication. Essentially, it hides the correct code from anyone who does not know where to look.

To read the code users need a micro-CT scanner or some similar device for non destructive testing (NDT). The researchers programmed it to contain part information such as serial number and the location of manufacturing. Users also need to find just the right angle and orientation to reveal the authentic face of the part. Basically, it adds a lot of hurdles into the identification process.

QR codes, like traditional bar codes, are reliant on the empty spaces between the bars and black squares. The researchers had to find a way of not letting these spaces cause problems for the integrity of the print.

“To create typical QR code contrasts that are readable to a scanner you have to embed the equivalent of empty spaces. But by dispersing these tiny flaws over many layers we were able to keep the part’s strength well within acceptable limits.” said the lead author of the study, Fei Chen.