What use could you find for a structure that grows in volume with the application of heat?

Maybe some form of spacecraft structure, where volume requirements are at a premium? These are exactly the questions that researchers at Department of NanoEngineering, University of California, are asking themselves, now that they have developed an expanding photopolymer resin that does just that.

The team has demonstrated by use of a custom polymer feedstock, they are able to print structures that are capable of swelling 40x their own volume while retaining their intended overall shape.

What does that mean?

Take a look at the video below.

After the custom resin is printed with the traditional stereolithography process, it is placed into an oven and heated. As the volatile components in the resin are heated, they outgas and expand as gases, causing the formation of expanded structural cells (much like a typical engineering foam) and as a result, the overall structure increases in volume.

Of course, it takes more than just a budget printer to get results, and in this case the magic comes from the team’s research into the feedstock itself.

A variety of monomers were tested during experimentation, including MMA and HEMA, along with a variety of curing times and photoinitiators. The optimum combination of factors resulted in the most geometrically stable subjects combined with the highest expansion ratio of the materials.

You can see one of the more basic demonstrations of these principles in the image below. As you can see, various samples with differing compositions are places on the oven plate and heated.

The optimum candidates are the ones which expand the most while retaining their original cylindrical shape.

Examples of the applications of such research can include, boats, space structures, and wind turbines.

So far the team has demonstrated two of these items, albeit at smaller scales.

Firstly, a small boat was 3D printed in the chosen material. In its original, unexpanded form, the boat was loaded with mass until it sank.

The boat was then heated in the oven and allowed to expand. Once expanded the boat was loaded with weight until it sank, and the weight values were noted.

You can see a demonstration of this experiment in the video below.

in the final segment of video, you will have noticed a small-scale wind turbine that has been manufactured with this process.

While this early demonstration does show a potential path for research into heat activated volumetric growing structures, there is one slight drawback at present:

So while they are not the strongest structures, they certainly add value to any situation where transporting large volume items to a site may be concerned. In terms of transportation costs alone, where volume is a cost driver, simply sending the original sized objects to a site where they can be expanded in-situ with a heater could prove advantageous in a number of sector, space and wind farming being two such examples.

Have you ever seen a video of a wind turbine blade being transported? These are not trivial matters.

Those are a few applications of this technology further down the road.

According to the university team, it could also be used for cushioning, airfoils, buoyancy aids or even expandable habitats for astronauts.

So, there it is. 3D printing and saving volume, in a nutshell.

But that begs a final question.

Given that there is a time-dependent element, is this 3D printing, or is it an application of 4D printing? 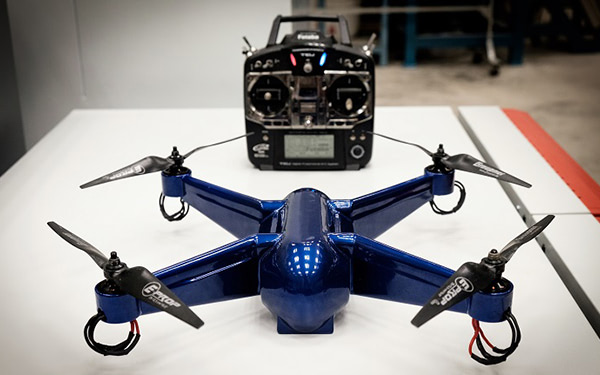