Despite its increasing popularity, there are still many areas of 3D printing that raise quite a few queries. Most pertinent of these is how to precisely map the way in which photopolymers behave on a microscale while processing. For example, mechanical and flow properties during curing on the single voxel scale are still a mystery. So now, a National Institute of Standards and Technology (NIST) are leveraging atomic force microscopy to gain insight into the structure and properties of photopolymers during processing.

The team are particularly looking to the sample-coupled-resonance photorheology (SCRPR) technique to shed light on some important properties. With this they will measure the voxel-scale changes in real time and potentially improve DLP, SLA and other photosensitive processes. Due to how slicing software build parts as thin layers, reconstructing them in 3D before printing, the physical material’s bulk properties lose similarity to those of the 3D printed parts. As a result, printing conditions, more than anything else, determine the abilities of the parts. 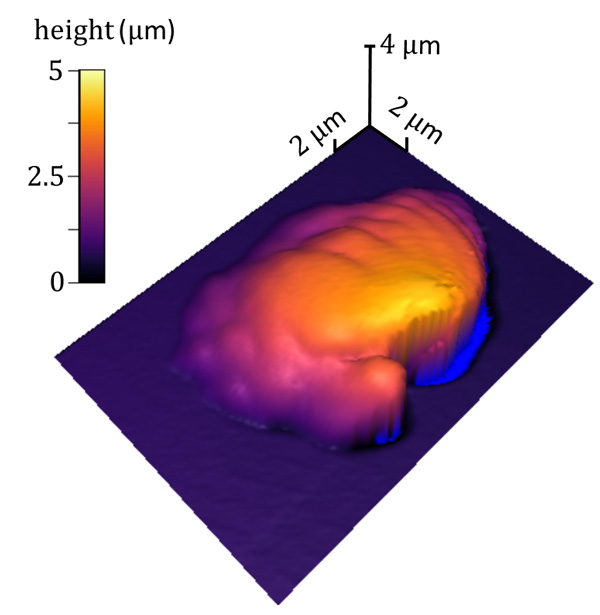 Atomic force microscopy uses a probe to measure changes at the submicrometer spatial resolution and submillisecond time resolution. The process also uses a photodiode to detect changes in light patterns. During photo-polymerisation, These changes add up and change the bulk material properties. These changes can be things like variations in light intensity or the reactive molecule diffusion. Atomic force microscopy can sense rapid, minute changes in surfaces and resin pools. The researchers even adapted the commercial AFM device to use an ultraviolet laser to initiate the polymerisation at or near the point where the AFM probe contacts the sample.

Although the research focusses on polymers and resins, it also has applications in biogels and hydrogels. The method does, after all, combine AFM with stereolithography. The use of light to pattern photoreactive materials ranging from hydrogels to reinforced acrylics gives it massive range in those other areas as well. The researchers are measuring the resonance frequency (frequency of maximum vibration) and quality factor (an indicator of energy dissipation) when it comes to the AFM probe.

Once they compile the data, the researchers will apply mathematical models and map them to each stage of the process. They can further extrapolate various qualities in relation to the process such as stiffness or dampness. The researchers conducted the tests on two materials. The first was a polymer film transformed by light from a rubber into a glass. The second material was a commercial 3D-printing resin that solidified in 12 milliseconds. The first material confirmed that exposure power and time and were complex, requiring fast, high-resolution measurements. The second confirmed that rises in resonance frequency seemed to signal polymerization and increased elasticity of the resin.