Originally discovered in the 19th century, piezoelectric materials have made their way into everything from cellphones to printers. Since these crucial technologies have so much riding on them, it can be frustrating that they require controlled production conditions. Consequently, creators run up against limits in terms of shape, size, resources and heavy use of a clean room. However, thanks to 3D printing, researchers have shown that they can create various piezoelectronics without traditional constraints. This new discovery could provide ways to develop intelligent materials and self-adaptive infrastructures and transducers.

Xiaoyu Zheng, assistant professor of mechanical engineering in the College of Engineering and member of the Macromolecules Innovation Institute, has developed methods to 3D print piezoelectric materials, with the help of his research partners. This new method can convert movement, impact and stress from any direction to electrical energy. Moreover, they can defy the pre-existing states that many of the traditional methods are beholden to. The method also uses up far less material than the existing alternatives. 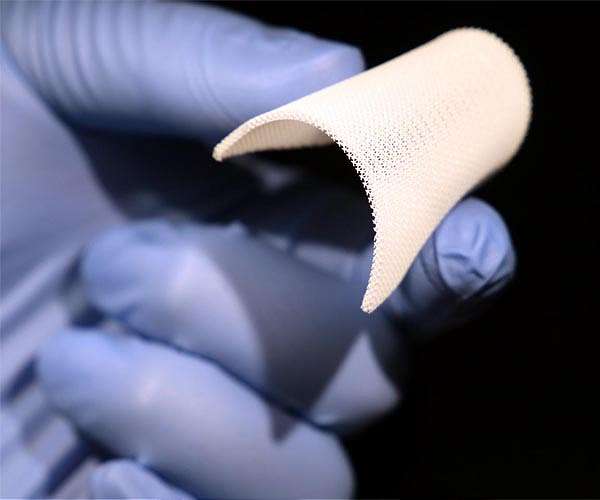 “Piezoelectric materials convert strain and stress into electric charges,” Zheng explained. While piezoelectronics and their fabrication usually depend on a crystal, the team developed a substitute. “We have synthesized a class of highly sensitive piezoelectric inks that can be sculpted into complex three-dimensional features with ultraviolet light. The inks contain highly concentrated piezoelectric nanocrystals bonded with UV-sensitive gels, which form a solution – a milky mixture like melted crystal – that we print with a high-resolution digital light 3D printer,”
Zheng said.

The piezoelectric materials come in a few defined shapes and are made of brittle crystal and ceramic. Here, Zheng’s team developed a model that allows developers to control and design arbitrary piezoelectric constants, which in turn allows the material to generate electric charges in response to incoming forces and vibrations from any direction. This is the handiwork of the 3D printable topologies.

“We have developed a design method and printing platform to freely design the sensitivity and operational modes of piezoelectric materials,” Zheng said. “By programming the 3D active topology, you can achieve pretty much any combination of piezoelectric coefficients within a material, and use them as transducers and sensors that are not only flexible and strong, but also respond to pressure, vibrations and impacts via electric signals that tell the location, magnitude and direction of the impacts within any location of these materials.”

The efficiency of the new material is also worthy of note. It maintains sensitivities 5-fold higher than flexible piezoelectric polymers. The stiffness and shape of the material is variable. It could be a thin sheet resembling a strip of gauze, or as a stiff block. It’s really the creator’s choice, which frees up the design possibilities in developing piezoelectronics. This could lead to all sorts of radical new forms for future technologies and structures.