Singapore’s Housing Development Board (HDB) has greenlit the use of concrete 3D printing in the development of architectural components and various items like benches and pavilions. The board is considering such methods for eventual use in their Tengah and Bidadari estates. The project also employs the use of the largest 3D-printer in South-east Asia, costing $900,000 for purchase and installation.

Extensive testing in 3D concrete printing is underway at Singapore’s HDB Centre of Building Research at Woodlands. The agency has installed a concrete AM machine capable of creating components up to 9m long by 3.5m wide by 3.8m tall. Previously, they successfully printed a room measuring 3.6m by 3m by 2.75m in 13 hours back in August.

By employing the technology, they were able to build a room in about 6 days. This included, not just the printing, but also the manual insertion of steel reinforcement bars into the structure and fitting in windows and a door. In contrast, their previous workflow took more than two months to build a similar room using using precast production. Fabricating the precast mold alone can require two months, and even more if design time is included. On top of this, molds would deteriorate over time and extensive use. With 3D printing, there is no mold to worry about.

The use of 3D-concrete printing has opened up new and exciting possibilities for the future of construction. Mr Heru Soedarsono, deputy director of Building Design & Precast System at HDB 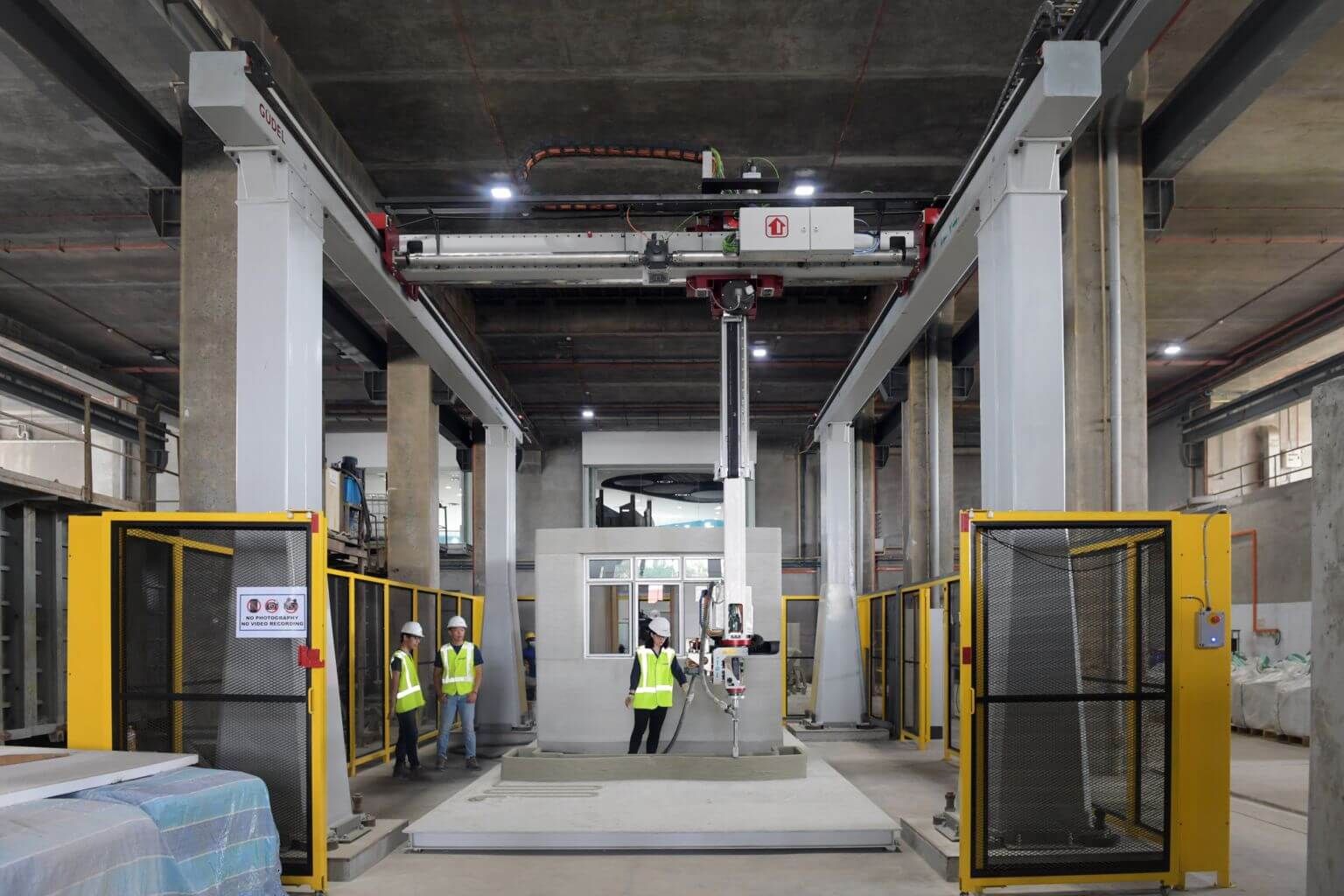 Singapore’s Housing Development Board announced their intention for using construction printing and modern manufacturing technologies was to further boost productivity growth in the construction industry, which had been lagging behind as of late. The technology certainly succeeded in this regard, as the HDB achieved 17.8 per cent improvement in productivity, compared to 2010 levels. This is on track to achieve 25 per cent productivity improvement by 2020 – a target that the HDB set for itself.

There are still a few hurdles to the full implementation of construction printing, however. Even though the tests are proving fruitful, they are still far from over. The Board still needs to ensure that any concrete object can sustain longevity in the climate condition within the country. Additionally, the Minister for National Development’s Lawrence Wong stated that they are currently more expensive to use the 3D printer for construction. However, they add the caveat that if the price of the technology decreases, it would be “a game-changer“. 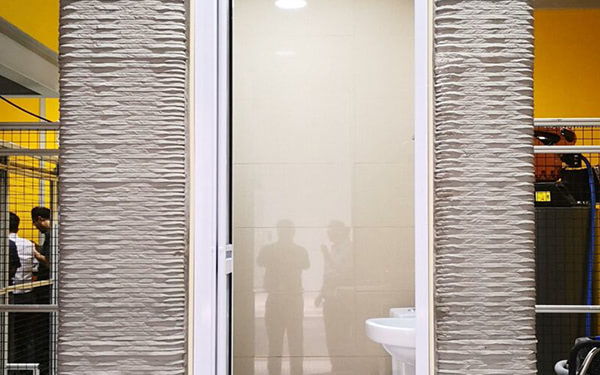 Even aside from 3D printing, the HDB is looking a myriad of other technologies as well. They are also exploring video analytics and artificial intelligence (AI) in safety measure at construction sites. The agency is even exploring futuristic, biophillic designs incorporating plant-life. Future technologies are clearly a major part of their work, with extensive funding going to creating better, sustainable housing. If all the tests continue to prove valuable, 3D printing may play a vital role in Singapore’s construction industry.