Tech start-up Daqri are in the process of developing a new means of 3D printing. They are working on a 3D printer that utilizes hologram technology to cure monomer “goo”. As a result the goo or resin, hardens in the shape of the object.

The main difference with traditional resin based printing methods is that it projects a “3D light field” into a monomer dish. This essentially means, that the machine shines a holographic shape. As a result, unlike DLP which projects one layer at a time and SLA which uses a moving laser, it can use a holographic 3D model to produce shapes with greater speed. The video below (courtesy of Daqri) shows the process in action. 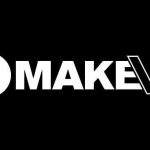 Daqri achieve the effect shown above with the aid of a holographic chip. The chip is a silicon plate with an array of tiny crystals that help regulate the magnitude of the print. Consequently, the crystals form patterns of interference allowing for the formation of a 3D light field. At this point, the holographic chip is very small. As a result, the method has only been used to produce relatively thin objects. Thicker object may not come out as well-shapen. By increasing the size of the chip, Daqri will be able to produce more elaborate, complex forms with a thicker base.

Daqri is a start-up based in California. They primarily work with augmented reality technologies. Daqri manufactures smartglasses that allow wearers to experience augmented reality simulations. They are also working on a form of holography called “software defined light”. Daqri’s website describes the company a collective of the greatest minds in the fields of mechanical engineers, product innovators and multimedia specialists.