Researchers from Taiwan recently came up with something highly interesting: a bicycle that can turn garbage into art. They ‘invaded’ the streets of Taipei on a mini-factory bike, called the Mobile Fab. This bicycle uses plastic bags or PET bottles to create 3D printed pieces of art. The time required to print out such objects? Only half an hour. The goal? bringing 3D printing and recycling closer to the people. 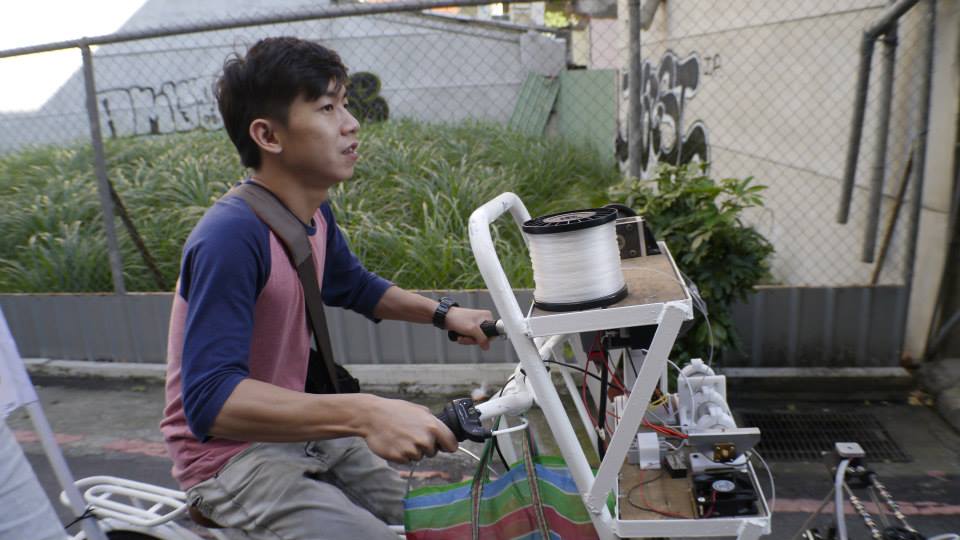 The great thing about this project is that the factory-ish bike uses PET bottles and other plastic garbage to create new filament. They use the Noztek Pro Filament Extruder. This is a box which converts wholesale bulk pellets into “premium quality” plastic filament. 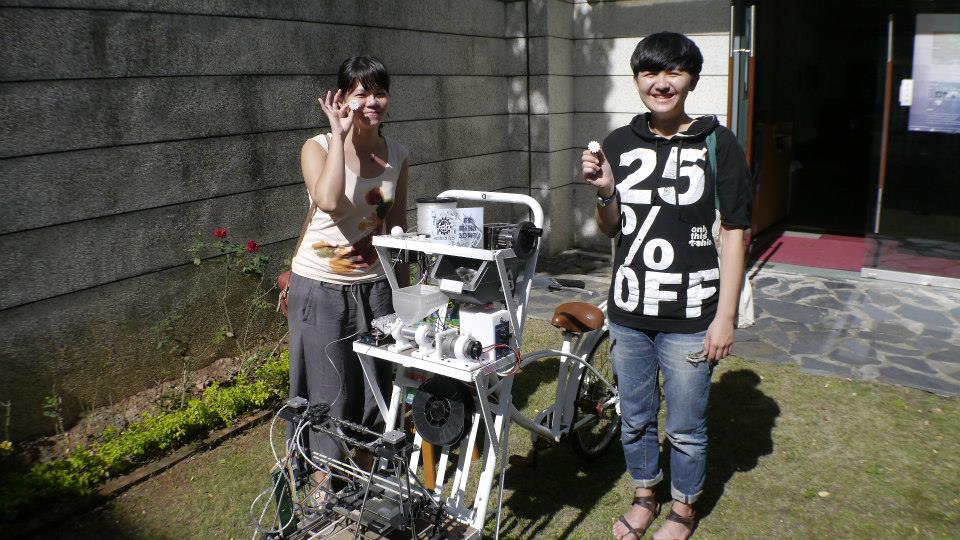 Kamm Kai-yu is co-founder of Mobile Fab and he is a graduate from the National Taipei University of Technology. With this project, he and his team wanted to combine ‘design’ and ‘lab’, meaning that they wanted to use today’s techniques to create modern designs. The plastic garbage could be thrown on the front side of the bike. Using the ink, the team was able to create small medallions, which were meant to be attached to the spokes of a bicycle. Different shapes were possible, but the medallion was the standard form for this project. However, the printer was only able to use No. 5 plastics, due to different melting points of various plastics. 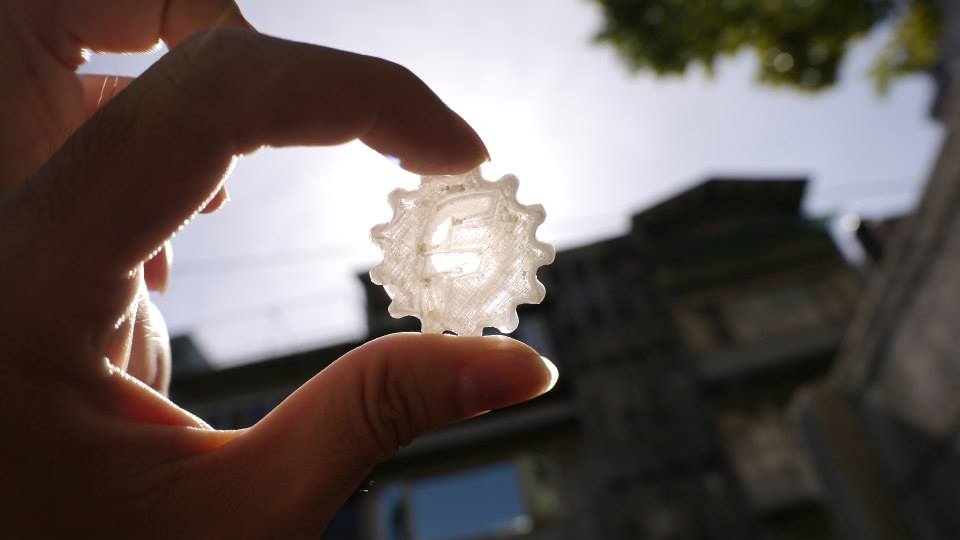 Despite these limitations, the first test with the bike was reported to have been very successful. Interested people had to wait for a couple of hours to get their trash turned into art. What also works positively for the young team is the fact that Tapei has been selected to become the World Design Capital for 2016. The government has therefore partly funded this project. 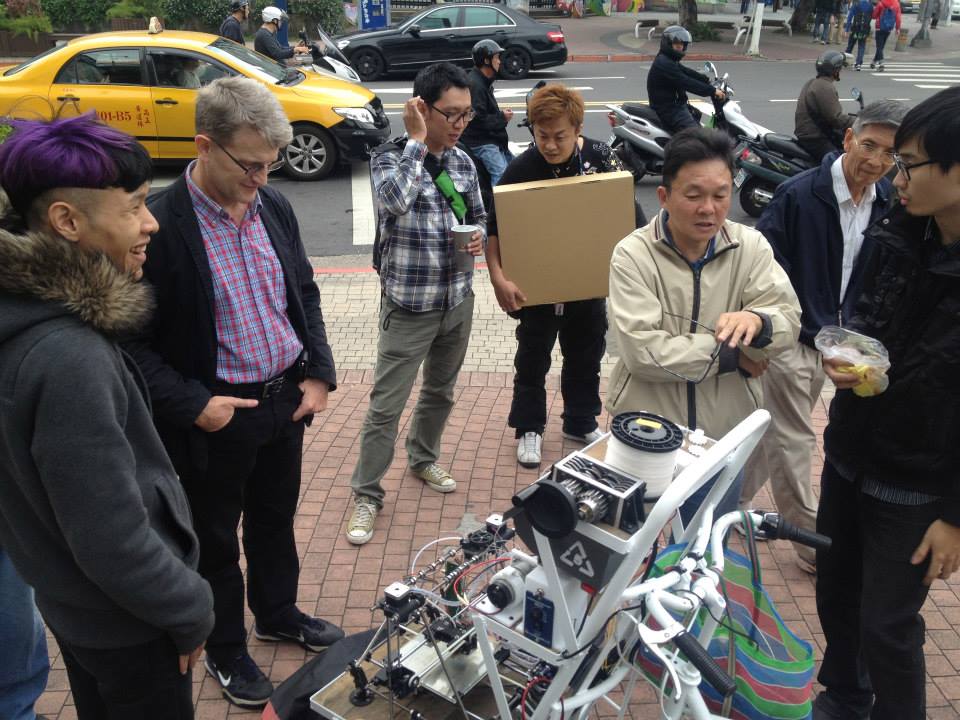 In addition, recently a research group at the Michigan Technology University (MTU) did a  life-cycle analysis on an ordinary milk jug made from HDPE plastics. They compared whether using it for 3D printing or recycling it would be more energy-efficient.  For 3D printing it worked as follows: the jug was cleaned, cut into pieces, it was run through an office shredder and a RecycleBot, and then turned into filament. In comparison with an average recycling program, this approach used about 3 percent less energy. In small towns with inefficient energy approaches the difference in energy-efficiency would sometimes even be 90 percent. 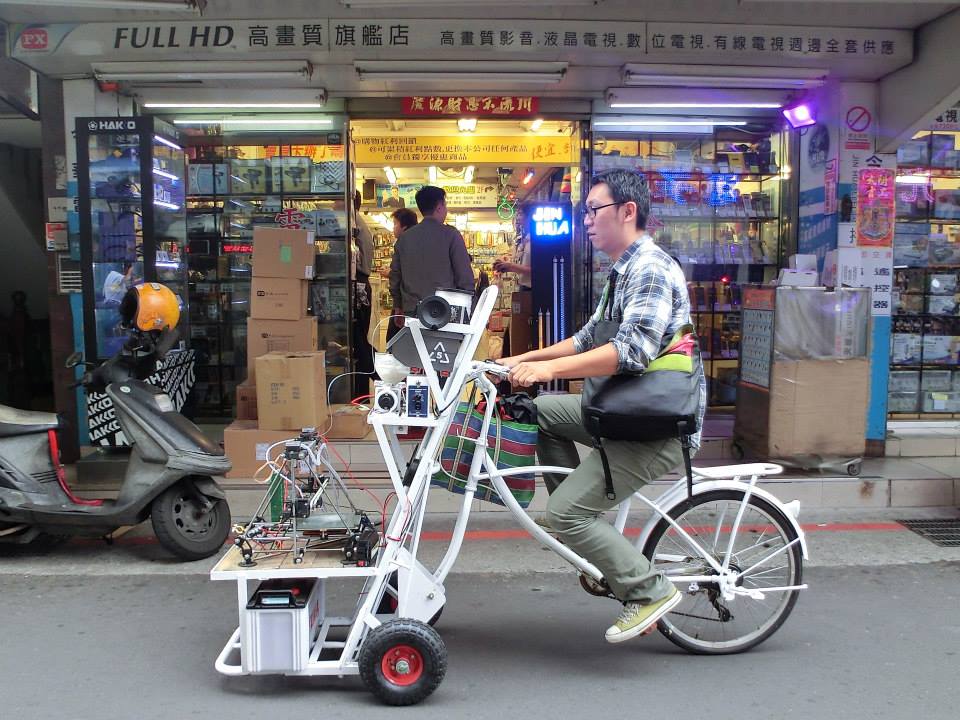 Their study already showed that using plastic waste for plastic 3D printer filament is a lot cheaper than recycling it, as using it for filament costs a lot less energy. On the other hand, 3D printing is somehow polluting, because its processes require a lot of filament. But if we could create filament from used plastic waste, then we could make 3D printing as well as the streets more green. Sounds like a plan, doesn’t it?