In July, we covered the carbon fiber eBike frame that Silicon Valley-based AREVO will be 3D printing. They recently announced that the eBike will be sold under the Emery Bikes brand as the Emery ONE and that they’ve partnered with Franco Bicycles, a specialty bike manufacturer in California, to bring the Emery ONE to the public. 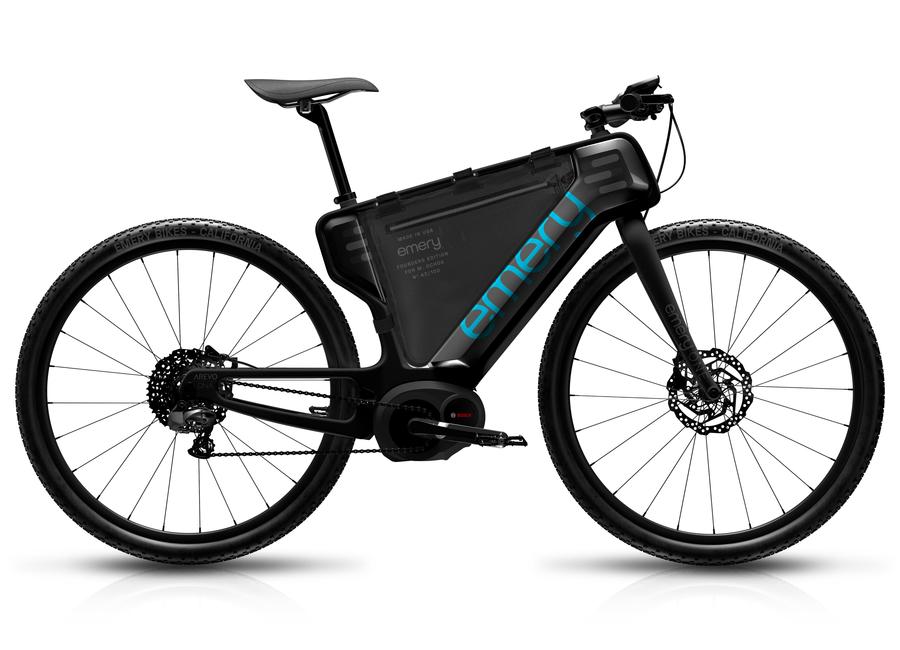 The frame is 3D printed as a single, solid body using Direct Energy Deposition (DED) and a multi-axis robotic motion system. Since it’s carbon fiber, it’s five times stronger and three times lighter than titanium, making it an ideal material for a bike frame where strength and weight are important. Using 3D printing also enabled faster iterative designs for the frame, cutting the development time from 18 months to just a few days.

“We chose AREVO technology because its iterative and flexible design represents the new age in composites manufacturing, and we wanted to be the first bike company to help lead this revolution,” said Hector Rodriguez, Co-Founder of Emery Bikes. “AREVO’s continuous carbon fiber technology has been instrumental in achieving the ride quality and high-performance requirements we set out to accomplish with the Emery ONE.”

AREVO is manufacturing the frames in Milpitas, California, but interested parties could see the prototype Emery ONE at the Sea Otter Classic cycling event in Monterey, Booth S9 until April 14th.

“This is the first Composite additively manufactured bike frame and it represents an important milestone for the AM industry as AREVO is delivering on the promise of on-demand manufacturing of composite parts in volume now,” said Hemant Bheda, AREVO Co-Founder and Chairman.

AREVO’s technology was designed for industrial fabrication, and they do produce jigs and fixtures for other clients, but those parts are visible only to industry insiders. By 3D printing a bike frame for the masses, AREVO is bringing more attention to the manufacturing capabilities of 3D printing.