BigRep has customers in dozens of countries across the world. To provide the most consistent results for that massive network, they also make their own filament in 10 different materials. We’ll be reviewing most of their selection and we’re starting with PRO HT, one of their most popular materials.

We’ll use the Ultimaker S5 to perform some tests and we’ll also be reviewing the S5 so look forward to that!

PRO HT is a plant-derived PLA alternative that has a significantly higher softening temperature of 115°C, making it ideal for many end-use applications. That’s a fancy way of saying that it can be used outside in full sun without warping, something that can’t be said for PLA. While PLA can’t handle full sun or high-temp environments, it boasts a high degree of printability and that’s the trait BigRep is signaling when they say “PLA alternative.” But is that a fair comparison? Is it easy to print? Will it survive outside in the sun? We’ll find out!

At first glance, what stands out most about the spool of PRO HT is its size as it’s a healthy 2.5kg. That’s quite a bit bigger than the standard 1kg spool we’re all familiar with, but remember that BigRep specializes in XL 3D printing so this is actually on the small end of their size offerings, which go up to a humongous 8kg. After my eyes adjusted to the size, it became apparent that this filament is manufactured with solid quality controls in place. It’s spooled perfectly and has a consistent diameter and round shape throughout. The ‘nature’ color has a good opaqueness.

Standard PLA settings were used on the S5 to load the material and also for the slicing in Cura. Most of the print tests were printed with Default settings, some in 0.15mm and some in 0.2mm. The nozzle was at 200°C and the bed was 60°C. The first object I print with any material is Benchy.

This was printed with 0.15mm layers and looks fantastic. Walls are smooth, pillars are clean, and overhangs and bridges are flawless. The band looks like an imperfection but it’s a result of solid layers taking longer to print and therefore experiencing more cooling, which has an effect on the sheen. 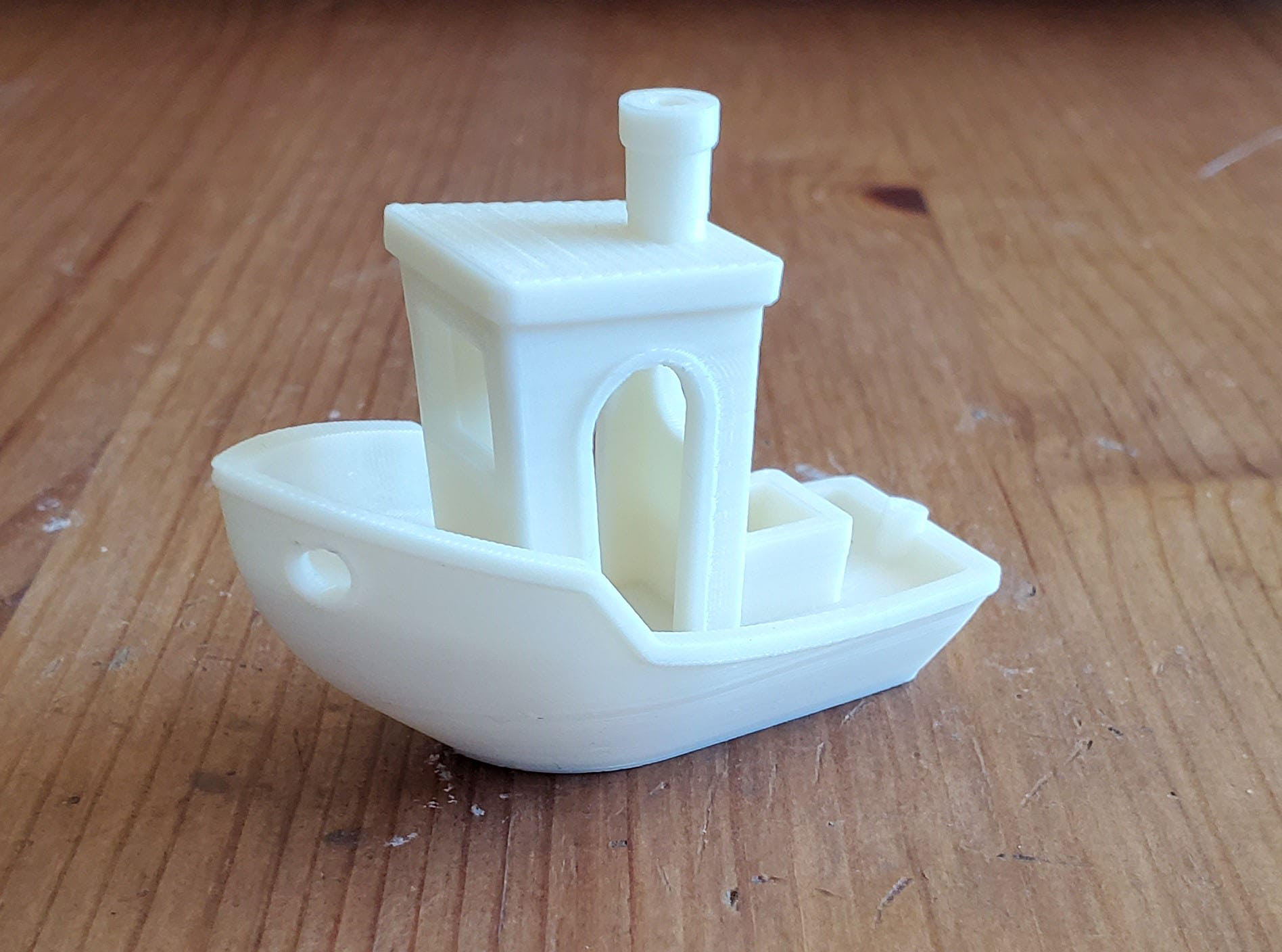 The quality of the Benchy got me excited for the next test, the All In One 3D Printer Test. I was not disappointed. This is a brutal test of steep overhangs, thin walls, dimensionality of circles and rectangles, pillars, text, and recessed details. PRO HT earned high marks in every category. The only issue was something not specifically tested by the model; there was some warping as one of the corners peeled up slightly. Otherwise, this is the best copy of this model that I’ve ever printed.

Next up is the Bridging Test. I changed the layer height to 0.2mm for this and the remainder of the prints. It performed rather well here with only a few missed extrusion lines. There’s not much sagging on the bridges without missed lines, which is the more important part. 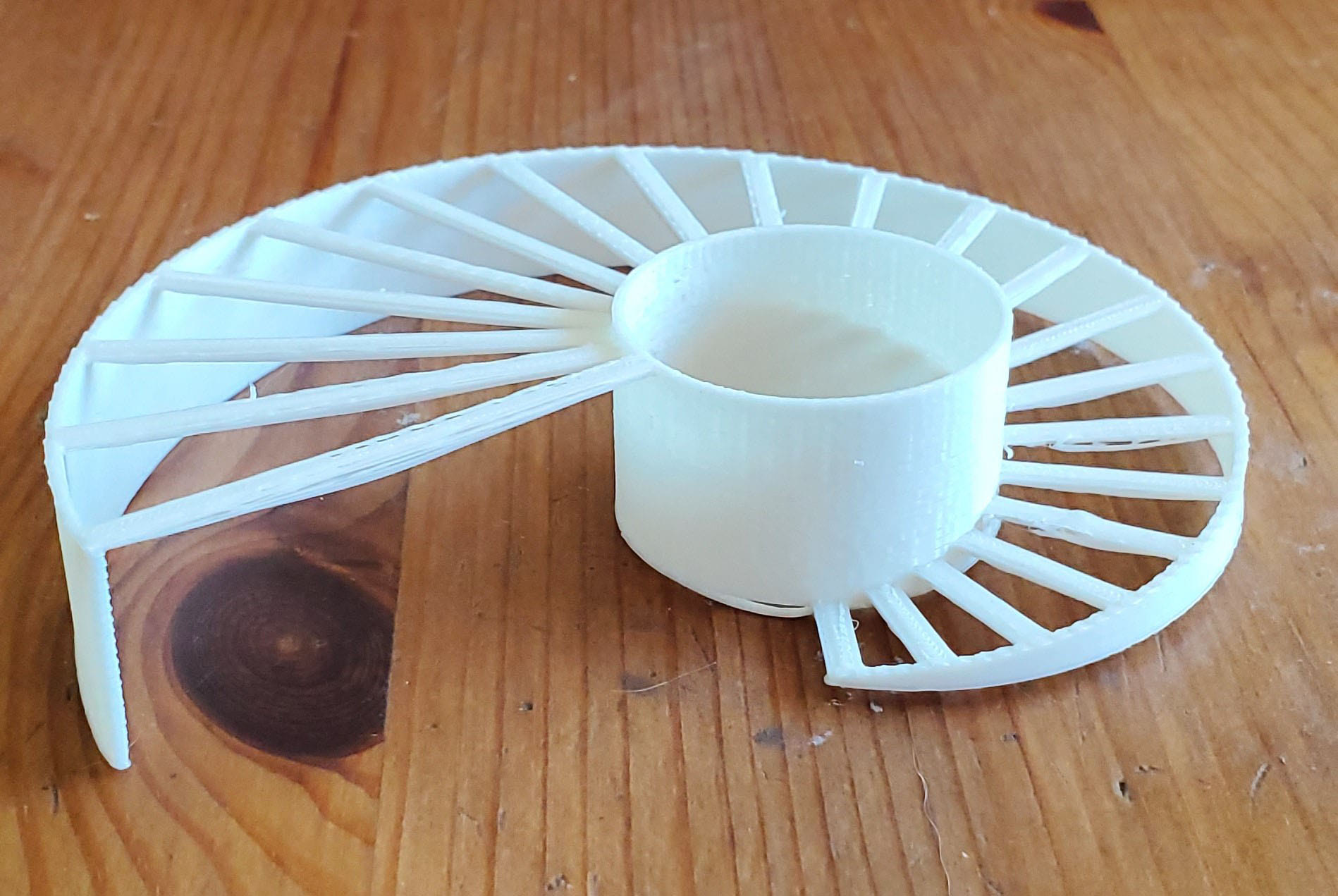 As always, I printed some Vertical Tensile Bars to test layer adhesion. Keep in mind that these are printed on a different machine with different slicing software than what’s been used in our previous filament reviews so the results here aren’t really comparable to past results. I will be using the same general print settings (0.2mm and 20% infill) for this test on all of the BigRep materials so these results can be compared to all of those. PRO HT broke at 38lbs, 38lbs, and 40lbs for an average of 38.6lbs. That’s okay but not great. Other BigRep materials fare better.

To test heat deflection, I printed a rectangular bar, measured its dimensions, ran in through an annealing process in my oven, and measured it again.

There’s very little change. There was a small amount of warping on the longest dimension, which I was surprised to see.

But I wanted to find out if PRO HT could really handle the heat, and what better way to test whether a material will melt outside than to print a Digital Sundial and put it in the Sacramento sun. It’s been out here for several days and still keeps time just fine. So this material should hold up to a much broader range of uses than PLA.

All in all, I really like this filament. It’s easy to print with, though not quite as easy as PLA due to the minimal amount of peeling I encountered on one part. The surface finish is silky smooth and printed parts feel really solid. But the fact that it can survive outside makes it incredibly valuable across a wide range of applications.