3D printed instruments, they don’t sound as good as the real thing, do they? Dan Olson, an engineering student at University of Michigan, will agree with you on that. It took him ages to 3D print himself a trumpet, but after assembling all parts he discovered that his instrument sounded “pretty bad”, as he mentions on Thingiverse, where he put his files online. In a video he made, you can see him demonstrating the musical difference between his 3D creation and a real trumpet.

His 3D printed trumpet sounds a bit like an elephant with the flu, or like Disney’s Dumbo trying to write a symphony. He already mentions it himself on Thingiverse: “the sound quality and playability is honestly pretty bad.” However, the instrument’s musical capabilities are not what this is mainly about, as he put the files on Thingiverse so “people can try their hand at improving the design and to print it for themselves.” He warns future makers, because – as he says – it is a long, difficult process to make something like this. “Almost all the parts require post printing work and some require a lot of it. It’s not something you’re gonna make in an afternoon, or two, or three, or a week.”

The entire trumpet consist of 17 pieces and three metal springs. The pieces were made using ABS plastics, and during the making process Olson broke many of his pieces. However, thanks to a chemical compound called acetone he was able to fuse them back together. In other words: there is some room for improvement and Olson dares 3D printing enthousiasts all over the world to come up with a better version. 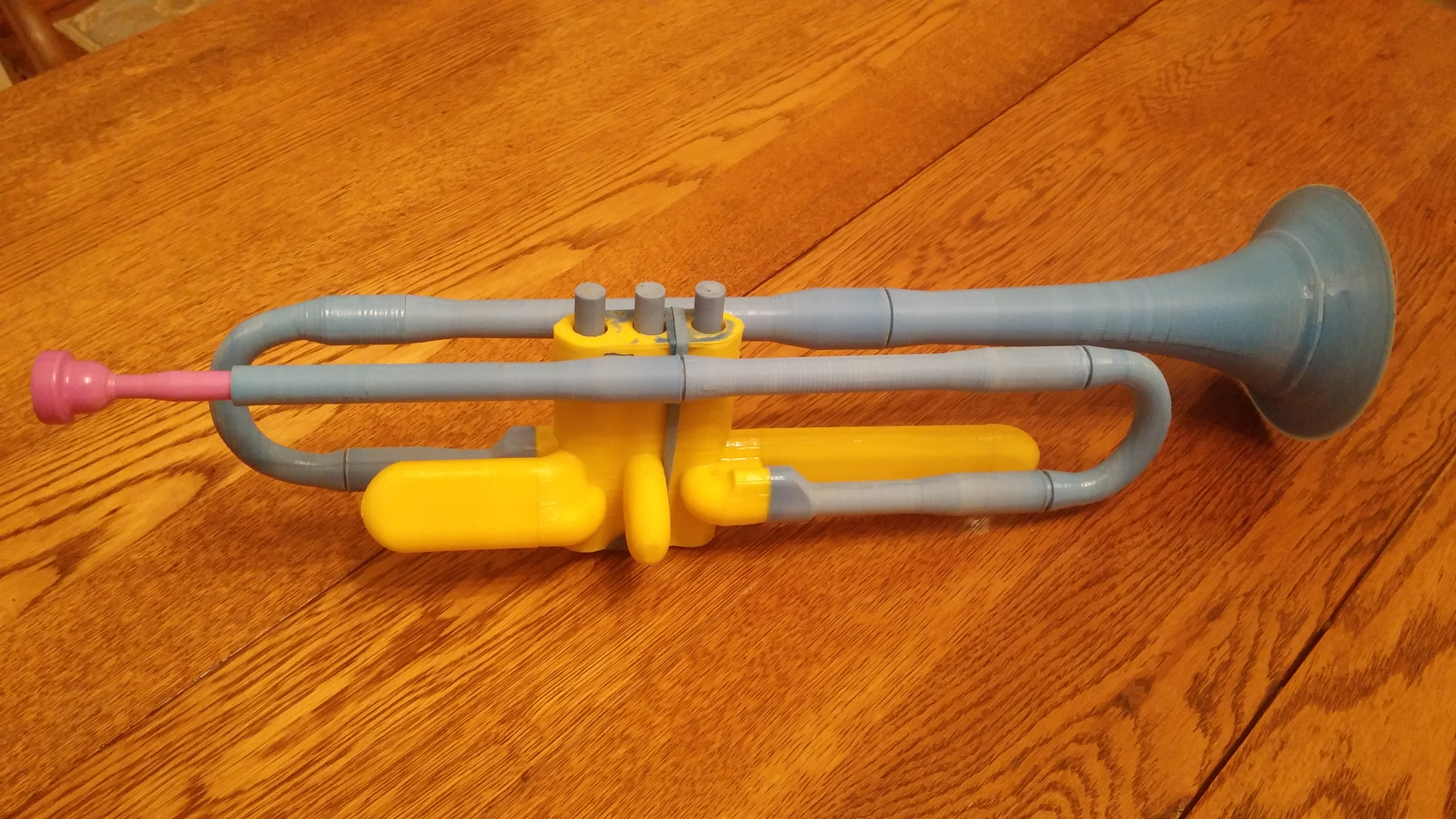