As 3D printing shifts more and more toward production applications, companies are working hard to verify that the materials are up to the task. Rapid 3D printing of complex geometries amounts to nothing if the parts crumble under their intended load. There are various ongoing efforts to develop and certify 3D printing materials for industrial applications and one of those is lead by Varroc Lighting Systems (VLS), a supplier of lighting assemblies to automotive companies.

VLS has been steadily building out their AM capabilities over the last few years and part of their work is verifying feasibility. Dylan Schickel, Innovation Leader at VLS, recently did an interview with AdditiveManufacturing.media to explain some of their recent tests relating to fasteners. “Historically people who use rapid prototyping processes might glue parts together. They might sometimes with really big fasteners print some threads. They might use brass inserts,” said Schickel. Brass inserts function very well but they don’t scale well for mass production as far as cost and labor are concerned, having to buy an insert for every screw and pay someone to place them.

We did kind of a detailed technique that we know from our injection molding background where we will drive the fastener using a torque-controlled tool. We’ll graph the curve to understand how it works, understand how it threads together, what the retention torque is, what the stripping torque is, and going through all of that detail work. And from the initial work, it looks like the self-tapping screws worked just fine. Dylan Schickel, Innovation Leader at VLS

They went a step further and acquired some EPX 82 epoxy parts from Carbon and some PA12-GB nylon parts from HP with holes in various diameters to create some standardized design guidelines for self-tapping screws. Schickel explains, “We tested multiple replicates so we could get a statistical sample size and we’re able to understand what the process window is and what the design window is for driving self-tapping screws.”

“What happens in the injection mold is the boss, which is essentially a hollow cylinder, is formed by a part of the mold called the core pin. When the plastic melt flows around it on the far side, the melt knits together. We get what’s called the knit line and that knit line can be a weak point. But it turns out, with the printed bosses, there’s no knit line. By the fundamentals of the process, we’re building them in layers and we tried Z direction, we tried X direction — it didn’t matter. We found out that with these processes the material properties were actually in a certain way a little more isotopic than even the injection molded parts.”

These design guidelines will eventually expand to include other types of holes, chamfers and filets, and other design features, and with time they’ll be incorporated into engineering and modeling courses. 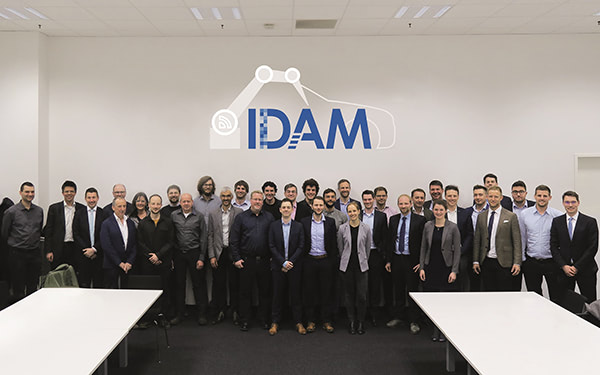