It’s been a good year for 3D printed houses, at least in terms of AM construction companies getting a little airtime.

And the latest company to dip their toes into the extruded concrete waters is Tvasta, who are based in Chennai, India.

Just recently the startup had an unveiling event, attended by various media and dignitaries, where they displayed their new AM creation for all to see.

The house took just 21 days to print, but in non-pandemic times it would take just 5 days, according to the company.

Tvasta was started by alumni of IIT Madras, and the company has been working with the Habitat for Humanity project, and are aiming to develop low-cost, low-carbon construction solutions for a country that has a large, poorly housed population.

Their current system is a gantry-type affair that extrudes the structure in its own footprint, as you can see in the next tweet. The XY gantry can move along rails, making for longer footprints.

According to Prof Manu Santhanam at IIT-Madras:

“The use of a combination of binders and optimally proportioned and sized aggregates, along with suitable chemical additives, the concrete mixture is fine tuned to achieve the rheological characteristics that make it possible for extrusion of the material and shape retention after placement.”

You can see the finished house below.

The building is the first 3D printed home in India, and will, according to the company (and every AM construction company) usher in a new era of low cost housing.

According to the Tvasta website, 1 in every 6 people living in India live in a slum home that is unfit for human habitation.

So low cost housing is definitely something that the South Asian country has a vested interest in developing.

How low cost is the Tvasta house exactly?

They are remaining tight lipped on how much the potential homeowner will have to fork out, but in terms of construction costs, the company states that their printed homes cost 30% less to manufacture.

In addition to the reduced cost, the company says that their solution offers reduced construction time and a wider selection of printable eco-friendly materials.

It will be interesting to see how construction 3D printing in developing countries takes off compared to developed nations, given that construction labour costs are so low in countries like India.

In order for 3D printing to become economically viable in countries with low labour costs, we would need to see the manufacturing and operating costs of concrete AM drop so much that it could replace a team of construction workers.

So what options are there for companies trying to remain competitive in countries where human labour is (significantly) cheaper than robots?

There are three options it seems:

Nobody wants less profit, so we predict that we will be seeing much cheaper concrete printers in the not too distant future as developing countries pit the ever decreasing price of hardware against the seldom-rising price of manual labour. 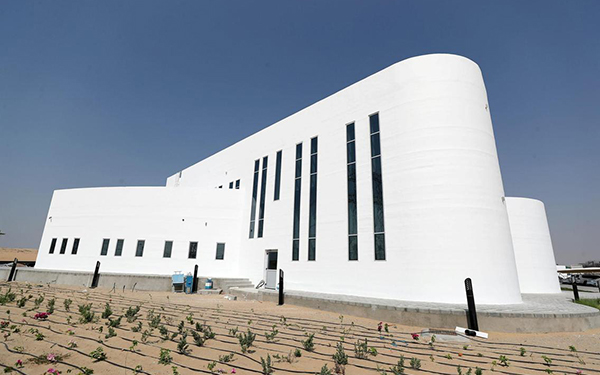