Researchers at Austrlia’s CSIRO are looking into the possibilities of how printed food can help feed patients with dysphagia. Dysphagia is a disease is the inability to swallow foods or liquids. This disease often presents itself in senior citizens and inhibits nutrition. Dr Aarti Tobin believes that food printing can enable health technicians to help improve the quality of countless lives. Disorders like dysphagia can cause dehydration, malnutrition and death. 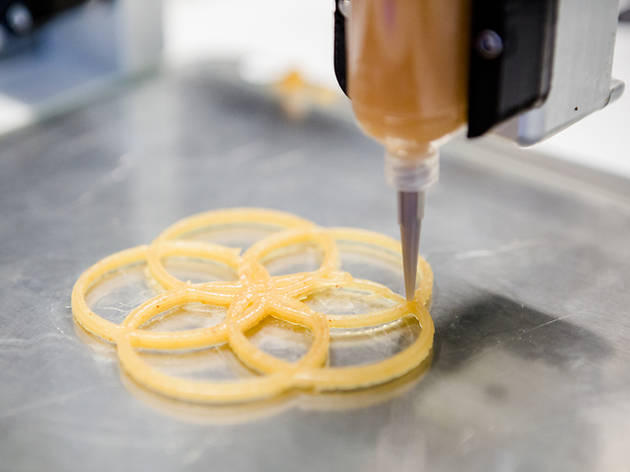 Dysphagia can manifest itself in patients for many varying reasons. Common causes of eating problems are reduced muscle control, a stroke, neurological dysfunction and even losing teeth. These sorts conditions often mean that food should be ingestible without much need for chewing. That’s where food printing comes in.

The food in question needs to be soft, so doctors often use puree to feed certain patients. Food printers are adept at turning puree and similar substances into nutritious meals.

3D Printing Food For the Sick

Food printing can help in multiple ways. Firstly, it can make foodstuff that is soft enough to not require chewing. Another advantage is that it can save sufficient time or processing costs  for hospitals. Conversely, it can also potentially save transportation costs as many smaller hospitals may not have the facilities to grind their own food into small chunks thus relying on suppliers.

Another advantage is that 3D printing has shown that it can produce foods that look more traditional despite being softer and more palatable than they seem. This is a boon for doctors who have to deal with patients that have dimentia who can refuse to eat any food that doesn’t look conventional to them. Similarly, food printing could also allow doctors to attune the food to the specific needs of the patient (i.e. iron deficiencies, low calcium etc.).

Generally, researchers are looking at food printing for far more serious purposes. Once considered a trite endeavour, it is now even a feature of space travel. NASA previously demonstrated that they could 3D print pizzas from basic components. This allows astronauts to eat more nutritious meals and saves space since it can be made out of easily stored components.

You can read a study about printing food for people with eating difficulties here.