Vapor polishing is a process when you apply vapors of a solvent to a 3D printed object to increase surface quality or smoothness. You basically polish out visible layering and small imperfections by gently dissolving them in solvent vapors. Here is a list of some solvents that can be used to polish different 3D printing filaments and materials:

Since Acetone is widely available it is often used to polish ABS parts with this procedure:

Vapor polishing methods were very rough and improvised until the Ultrasonic Vapor Polisher was developed and published on Instructables by a user named “Michael“.

It is made with simple parts like a glass jar, an empty metal paint can, an aquarium air pump and some rescued components from a household ultrasonic humidifier.

Instead of heating to produce dangerous vapors or dipping the object in cold solvent, it uses vibrations to produce a fine solvent mist in a sealed container.

Here is his project description from the Instructables page:

The current vapor polishing methods and their drawbacks include:

All I wanted is a machine that lets me quickly drop parts into a transparent container and be able to press ‘go’ and have the machine produce a predictable finish on its own. I do not want to have to put together a really involved setup that may be a fire hazard, fume hazard, or something that produces unpredictable surface finishes. Essentially I want something as convenient as a microwave. I’m also forgetful so I don’t want my parts to be destroyed if I forget that I left them in the machine.
The Ultrasonic Misting 3D Vapor Polisher is the solution to all of these problems.
This key component of this machine comes from ultrasonic humidifier, which uses a piezoelectric transducer (like a speaker) to create a high frequency mechanical oscillation in a liquid. This vibration forms an extremely fine mist of droplets in a fog/mist. The density of the fog is controlled by varying the intensity of the vibrations via a potentiometer.
This fog mist is very dense and won’t move far on its own, so I used an aquarium air pump to blow it from the misting chamber into the glass finishing chamber where it can condense on the 3D printed part. This airflow keeps the air moving inside the finishing chamber, which helps produce a consistent finish on the part. The airflow system is open by necessity but we do not want the exhaust air to become a fume hazard so there is a water bubbler on the exhaust to absorb excess solvent. (Note that this only protects you when using water miscible solvents such as acetone.)

This is the final setup of the Do-It-Yourself apparatus:

If you want to make this device, a very detailed construction tutorial can be found at Instructables project page:

Video demonstration of the Polisher and material testing on his DIY TestrBot are very interesting:

Do keep in mind that the strength of your object will be negatively affected by this chemical polishing technique. Also be very aware that this process can be dangerous and most of the solvents are toxic when inhaled or in contact with skin and / or flammable under some conditions. DO NOT MIX ANY SOLVENTS and clean the apparatus well before switching to a different chemical! STAY SAFE and consult the project instructions! Let us know what are your experiences with vapor polishing in the comments below! 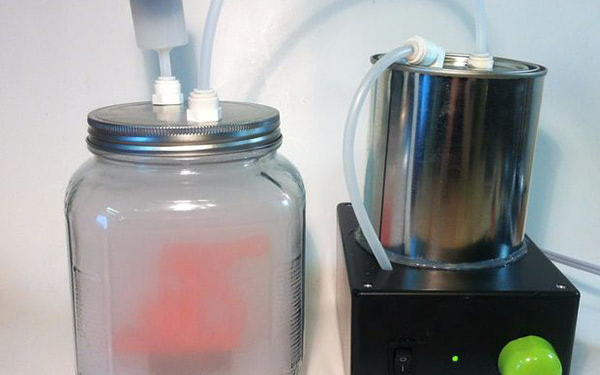 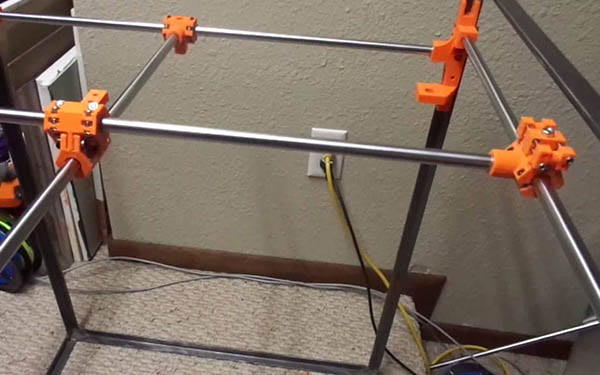 Building a 3D Printer from Scratch

About the author | Lav Radis
Entrepreneur and 3d printing enthusiast from Croatia. Blogging about 3d printing and digital manufacturing since 2011.