Laser metal deposition (LMD) is proving more and more useful to industry, as this recent impeller repair has shown.

LMD, also known as directed energy deposition (DED) or direct metal deposition, or laser cladding, works by blowing metal particles (or feeding wire) via a nozzle into a melt pool on a part undergoing repair. The melt pool is guided around the part, building up features layer by layer.

It’s good for building parts, and it’s also great for repairing parts. We wrote about that in this previous article.

LMD is particularly useful for repairing parts with complicated geometries that may require complicated fabrication and assembly, which is why it is finding a willing friend in aerospace, marine, and oil and gas industries.

This impeller, for example, is part of a high pressure pump system for the oil and gas sector. It has been doing its job on an offshore platform somewhere off the coast of Norway.

During an inspection by operator Equinor, it was found that there was cavitation damage to one of the pump impellers. Normally such a repair could be performed by machining the damaged vane surfaces down so that the cavitation damage was smoothed, but this approach was not found to be suitable with the ongoing cavitation to be expected. So rather than remove material and compromise on part strength/quality, they opted to add material with the laser cladding system.

For this repair, they sent it to Sulzer, a German engineering company. You can see the repaired impeller in the image below.

Due to the nature of the super duplex stainless steel that the impeller was manufactured from, welding the parts was not an option. The heat of the welding process can cause shifts in not only the metal properties, but in the geometry of the part itself, in the form of warping.

LMD was therefore found to be the optimal repair method in terms of lead time, cost, and in retaining the original properties of the part being repaired.

“In this case, for greater flexibility and access, a semi-automated process was selected using a manual wire feed and automated control of the laser head across the area being repaired. In between each pass of the LMD head, a cooling period was required to ensure the temperature of the repair site did not exceed 100 °C (212 °F).”

Most of the post processing of the impeller had been performed with hand tools and templates, mirroring the latter stages of the original part manufacturing process.

The initial laser-repair took just two weeks to fix the first impeller, but on a second repair the engineers at Sutzer’s Leeds office had managed to get that lead time reduced further still, delivering the repaired part after just one week.

The parts were returned to their homes at Equinor in Norway where they have been installed and are running just fine.

“Having established that cavitation is a feature of this application, we have decided to take a proactive approach to maintenance to ensure continued performance and reliability in the assets on our offshore platforms,” said a representative from Equinor.

“Working with Sulzer has ensured a timely repair that returns the amine pumps to their original specifications, improving durability without the expense of downtime.” 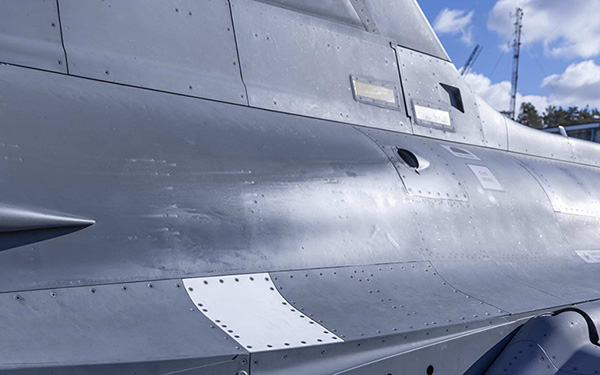 Saab Tests AM for Battle Damage Repairs on Gripen Fighter