The high-end fashion world has few names quite as dominant as Chanel, so it’s a big deal when they begin to adopt 3D printing. Their novel new watch design Boy-Friend Skeleton features all the high class flourishes one might expect. However, when one digs deeper into its mechanics they might find something incredible. Chanel’s 3D printed watch features a watch movement that has no spokes.

A watch’s movement is the main engine that turns the hands. These typically look like bike wheels, especially with spokes, however Chanel have done away with this tradition. This style of movement creation is complex and precise.

“For this [design] we didn’t want visible screws and we wanted the wheels to be plain,” explains Nicolas Beau, Chanel’s global head of watch and fine jewelry business development. “Spokes in the wheels are used for weight and to keep them flat. Remove them and they don’t stay even. The design studio was set on having plain wheels, so to get what we wanted we had to have them galvanically grown; a process that is best described as chemical 3D printing. It allowed us to create the wheels to our exact specifications.” 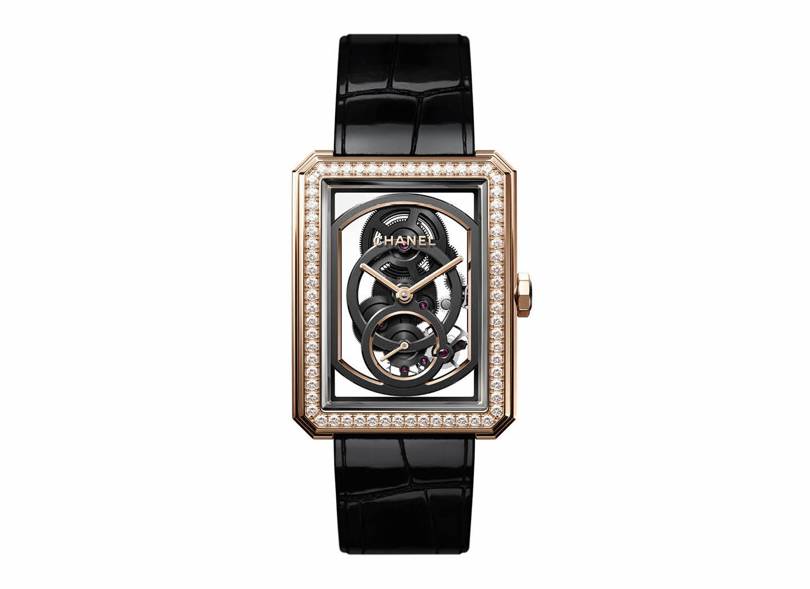 Watch-making is such a precise craft that it’s literally become synonymous with mechanical intricacy. So making a watch with the exact specifications to run without the traditional spokes requires a certain extra level of craft. 3D printing allows for this precision. Even though some brands, for example Rado are utilizing galvanic growth for elements such as dials, it has not been employed for movement components before because it’s a complicated process.

Chanel wanted a very plain design to the wheels, removing the unnecessary and finding beauty in simplicity. The watch accomplishes this feat, being less noisy in its design with fewer screws and gear parts. The team have come to refer to this style of movement as the Calibre 3. This novel design, however, is just the beginning. Beau is already fast at work on the Calibre 4, sure to be another milestone in jewelery design.