Regular consumers of 3D printing news may recall that Creality recently announced that they would be releasing a Klipper-integrated tablet, promising plug-and-play Klipper functionality to desktop 3D printer users.

That tablet is named the Creality Sonic Pad, and the wait is over as the final product will be released on September 15th 2022.

Read on to know more about how this gizmo can level up your additive manufacturing game. 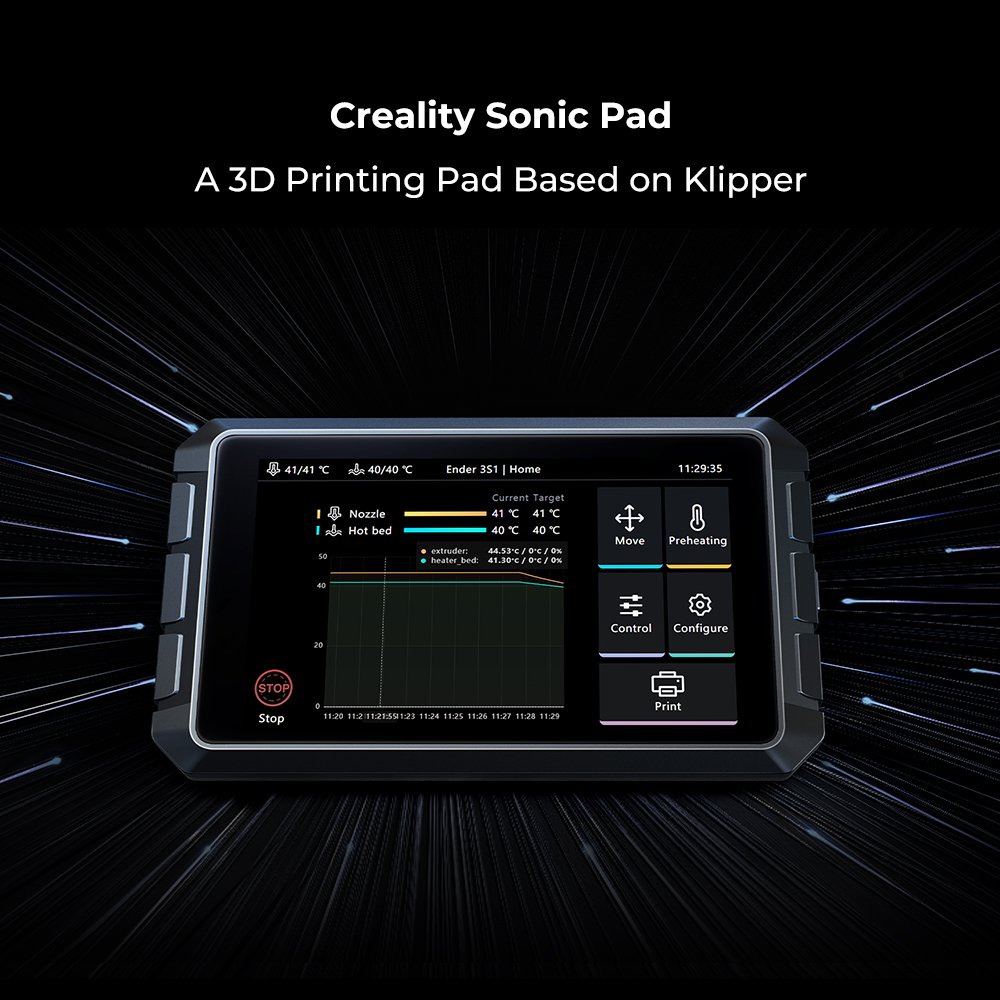 The Creality Sonic Pad is the first-ever smart tablet on the market that has fully integrated the Klipper firmware to give users a powerful and smooth FDM 3D printing experience.

The open-source Klipper firmware for 3D printers has been the choice of many seeking better print quality and higher printing speeds.

To cater to those Klipper fans, Creality will launch the Creality Sonic Pad next week to provide users with a full range of Klipper features and an intuitive installation process. The smart gadget is compatible with most FDM 3D printers at an affordable price, offering “plug-and-play” Klipper solutions to 3D printing beginners and DIY lovers. 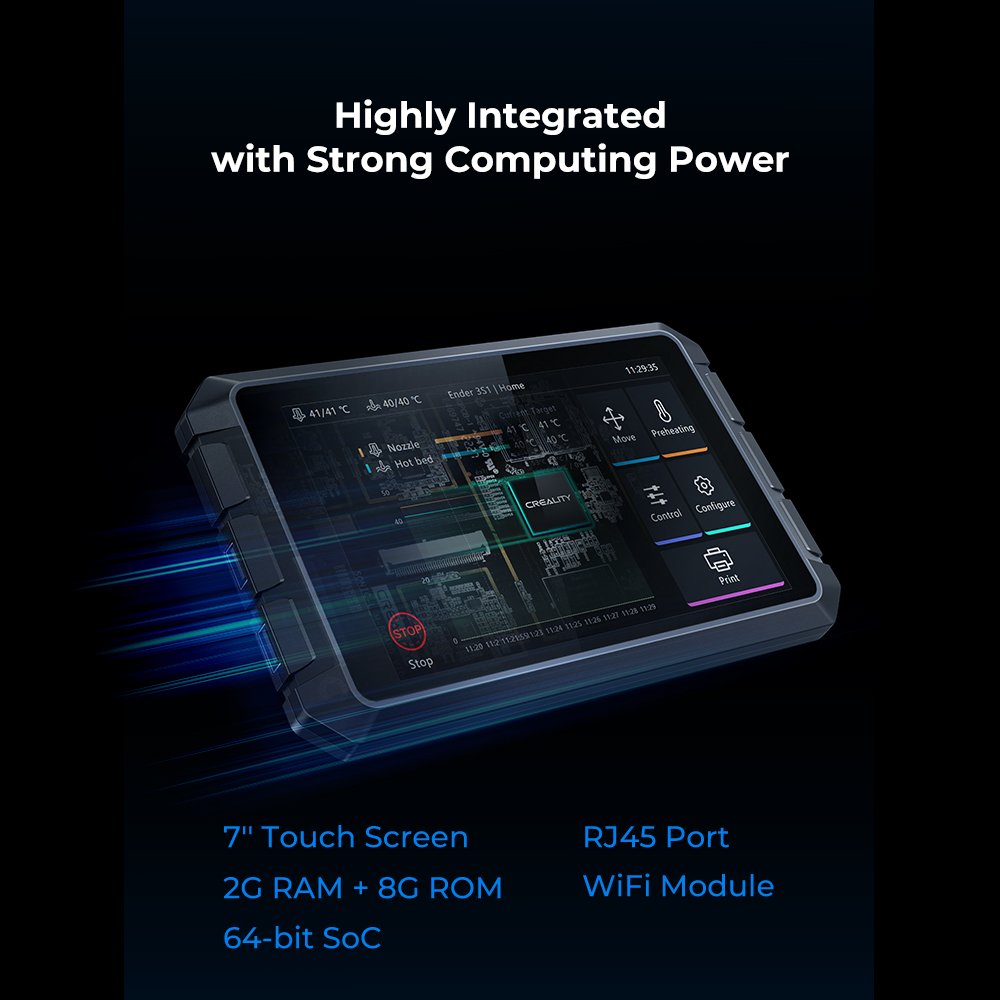 Powered by a 64-bit CPU and mainboard, the Creality Sonic Pad is a 7-inch color touch screen that unlocks strong computing capability.

Carrying 2Gb RAM and 8Gb ROM, the Sonic Pad has four USB ports, meaning that users may be able to connect up to four units after the release of Creality’s related OTA patch. It also includes one RJ45 Ethernet port and one WiFi module, enabling remote control of printers. A camera module which users can buy separately with the tablet is available for real-time monitoring and time-lapse photography, unleashing more creativity.

Klipper’s complex installation process has been a pain point that hinders many 3D printing beginners from trying out this powerful firmware. The Creality Sonic Pad can connect to almost any FDM 3D printer available on the market via a USB cable. It is pre-configured for Ender-3 V2, Ender-3 S1 and Ender-3 S1 Pro for smooth and quick installation. For other Creality 3D printers and non-Creality ones, a detailed configuration manual is included for easy setup.

To keep pace with the fast-evolving Klipper firmware, the Sonic Pad can be upgraded via either OTA or a USB stick enabling users to get the latest Klipper features at the earliest time.

Sonic Pad will also follow the rule of the Open Source community and make all the source code public. Users are free to modify and customize and make their Sonic Pad unique and more powerful. 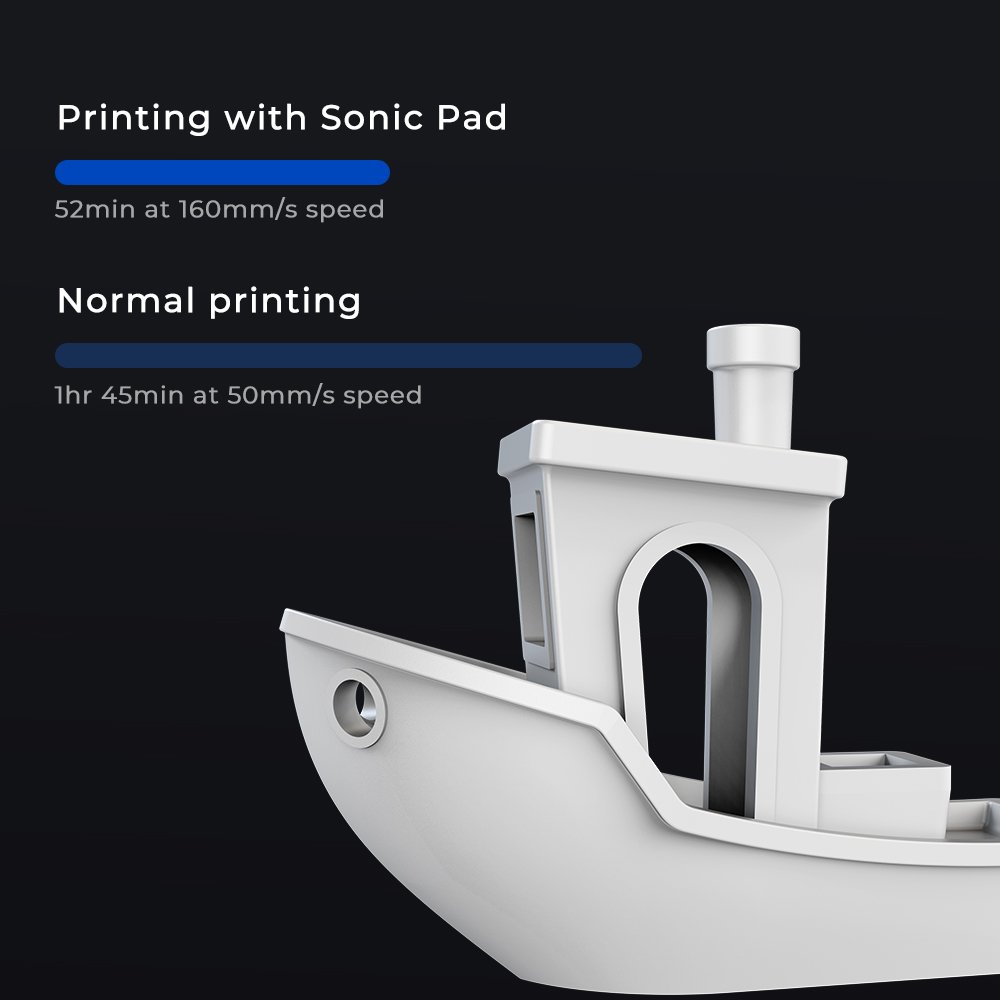 Klipper was first developed to utilize additional computing power to assist the 3D printer mainboard in processing commands, allowing users to print faster and more precisely. The built-in input shaping function will cancel out ringing issues and other repeating artifacts by using an accelerometer attached to the print head, thus enhancing print quality. Its pressure advance algorithm is also accurate and easy to work with.

The Sonic Pad supports user-defined programmable macros, with each macro combining a series of commands together for a personalized function. It efficiently realizes features such as nozzle heating, PID tuning and homing with simple commands. 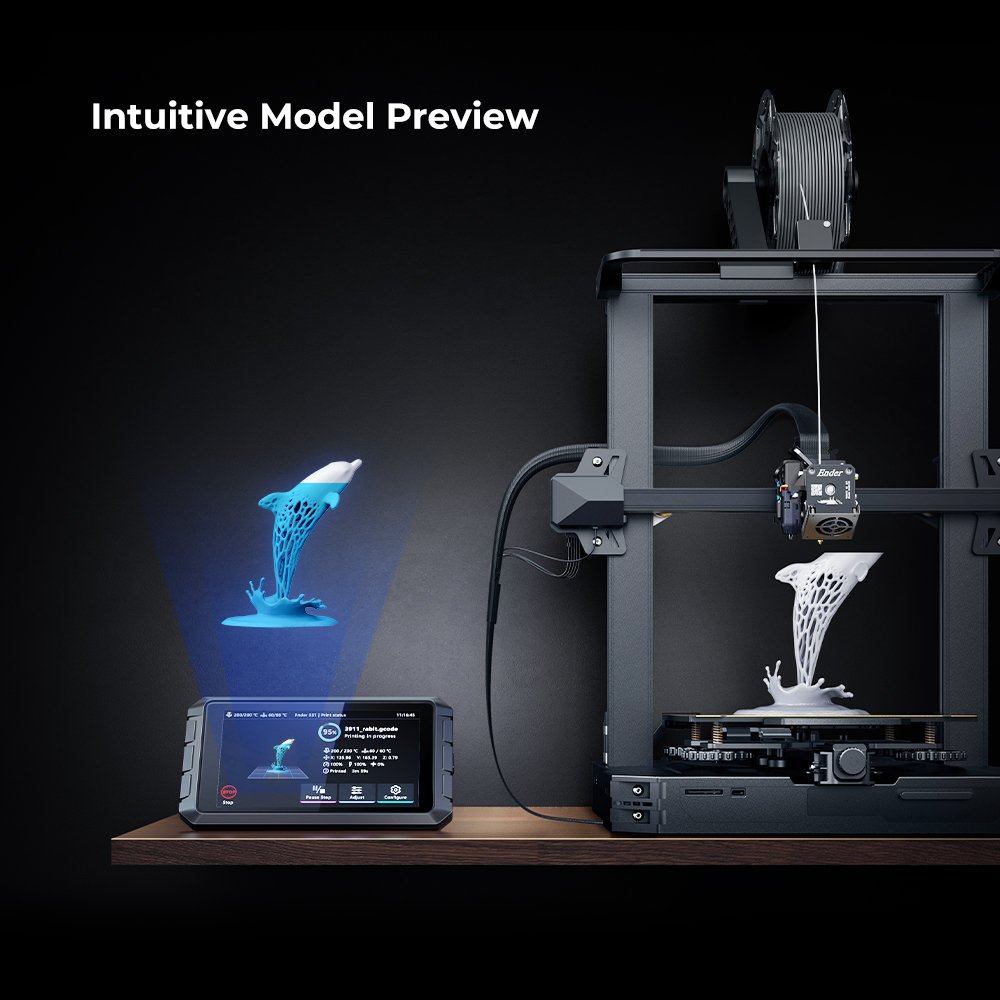 The Sonic Pad supports sliced model preview when using Creality Print, Ultimaker Cura, Prusa Slicer and Super Slicer. The printing process will be rendered with a visual resembling a water-filling effect, and can be updated in real-time to Creality Print.

It can be operated either by the built-in touch screen, remotely on a phone, or a PC from the web UI when connected to a LAN.

The first batch of the Creality Sonic Pad is available in the US from 10 p.m. EDT on September 15th at the Creality Official Store. Users in the US can also purchase at Comgrow Store and Amazon.

The Sonic Pad will debut in European countries at the end of September. 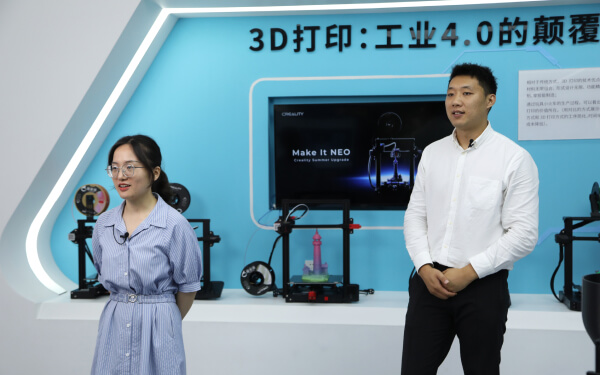