Recently Natural Machines made the news with more detailed specifications about their long-expected healthy food printer, which will be released later on this year. The news was remarkable, as food printing today mainly refers to producing less healthy products, such as chocolates, sweets and space pizzas. Now, only two weeks later, another party is trying the healthier side of food printing. And not just some party, because it’s the European Union, working on a food printer to prepare personalized meals for the elderly. 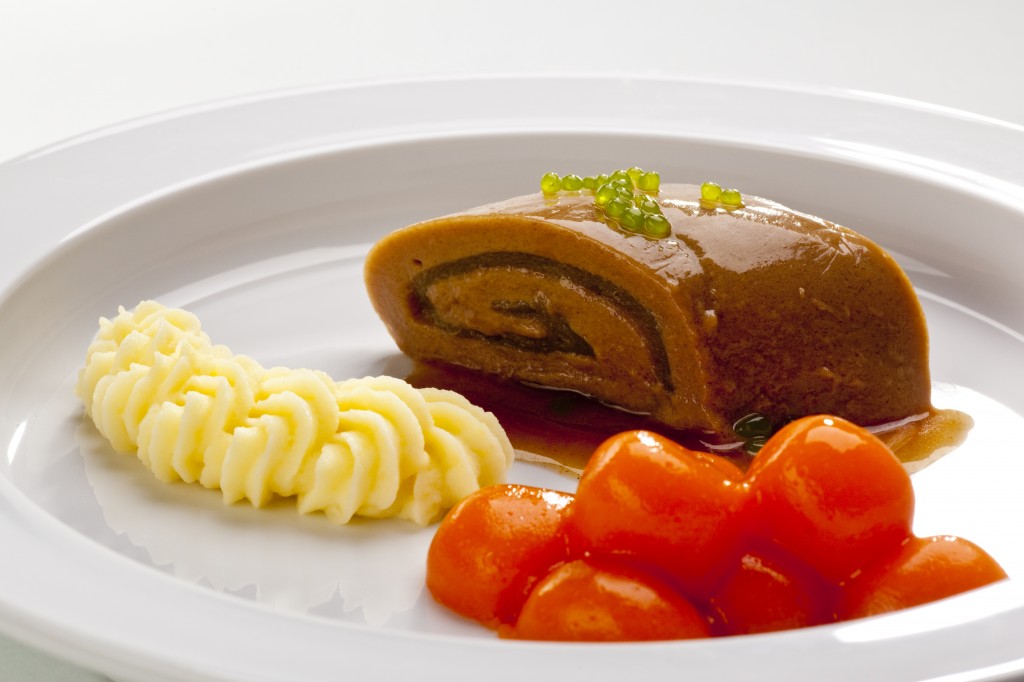 This project regards to an older target group, as in 2025 one in five citizens in the EU will be 65-years-old and over. The general problem with this group is that a lot of them will undergo difficulties swallowing their food. This condition is called dysphagia and studies show that today 15 to 25 percent of all people over 50 years suffer from such a condition. The problem however is that the same group has a higher risk of getting sick in some way, which often requires specialized diets. If someone can’t swallow properly, then that surely is a problem.

Of course there are pureed foods to provide for nutritious meals, without having to face the difficulties of swallowing larger pieces. However, as the team behind the EU project points out, such pureed meals can be unappealing and unappetizing to the elderly, leading to a reduced quality of life. Moreover, an NCBI study shows that one-third of the people with dysphagia even avoid eating with others, because of their disease.

And that’s where food printing enters the game. Using food printing techniques, the team wants to make it possible to produce personalized meals, which are nutritious ánd appealing. The EU has therefore set up the project PERFORMANCE, which stands for ‘PERsonalized FOod using Rapid MAnufacturing for the Nutrition of elderly ConsumErs’. They spend more than 4 million dollars on this project in order to develop 3D printers what are able to produce such personalized meals.

It works as follows: a healthcare worker measures exactly what kind of nutrition a certain patient needs, turning it into an individualized profile. In this profile, important data are implemented, which regard to a patient’s ideal portion size, nutritional needs and food texture. This profile is recorded and the data will then be sent to a local production unit, using Qr codes. The production firm will scan those codes, print out each personalized meal per person and deliver it to the nursing homes. At first, a 2D version of the meal will be created, which will thereafter be printed out layer-by-layer. And just like that, a beef roulade with pasta and vegetables can easily be printed.

The food printer they are working on will be ready somewhere in 2015, which means the project could kick off during the next year. Here’s a video, in which the PERFORMANCE team further explains the project: