The art world is making use of 3D printing in various ways, from actual pieces to renovations of older artefacts. So, it’s not hard to imagine events celebrating 3D printing or other modern technological advances gaining traction. Displaying modern art colliding with modern tech would be a novel approach to try these days. Well, Japan House in Los Angeles did just that by setting up an art exhibition hosting 3D printed artworks and other pieces using artificial intelligence and robotics as main themes.

Production of a Large Scale Design – The Romanesco Dream Sculpture

Japan House commissioned the pieces under the banner of Prototyping in Tokyo, A visual story of design led innovation. The exhibition will feature all sorts of art focusing on modern technological innovations and how they meld with the Japanese creative arts and aesthetic. The exhibit aims to highlight the maker movement, robotics and sci-fi thinking. The organisers intend for it to provoke discussion about the future and where technology is headed.

The work of Professor Yamanaka and his research team contextualizes the relationship between the artistry of Japanese craftsmanship and the science of prototyping technologies. Professor at the Institute of Industrial Science at the University of Tokyo, Yamanaka is responsible for the creation of innumerable, versatile innovations, from watches to automobiles. His recent research focuses on re-examining the relationships between humans and man-made objects through projects such as beautiful prosthetics and life-like robots, with an emphasis on designing to make people happy. 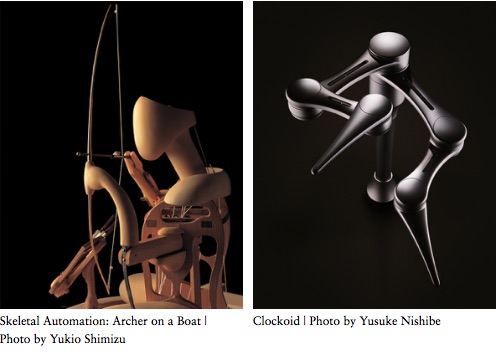 Not merely intending to view the prototypes, the attendees actually have to interact with pieces in the exhibits. The pieces range from clocks with arms that hug you as you walk by or robots with fully formed spine-like vertebrae seamlessly crawling towards the future. Some of these are actually functional ideas and prototypes such as wooden archers that shoot arrows. The mechanisms for these dolls were the work of actual Japanese master craftsmen.

There are 3 main areas that the art explores: prototypes of structure and movement, projects which touch upon texture and tactile sensation and developments in body extension. While they are art pieces, they also serve the function of illustrating concepts like the prototyping process. They embody the idea of gradual success in the technological realisation process.

A lot of the pieces also display biolikeness, which is a growing trend in the 3D printed art world. The Rabbit Project and Apostroph Robot both display biological mimicry as key features. The former is a prosthetics design for athletes, while the latter displays organic movements similar to those that humans use as we learn to stand. 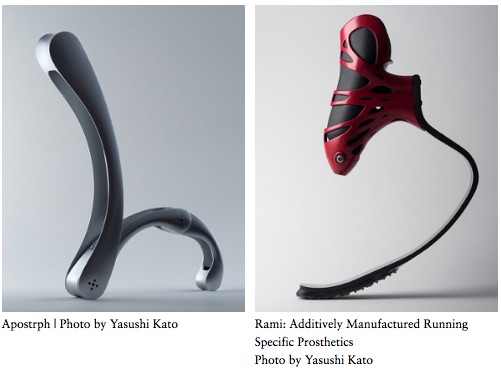 The exhibit carries forward the spirit of human ingenuity, applying new technologies to illustrate creative thought. It also makes the artistic statement of placing the prototype as an artistic piece in its own right. Most of the art serves some function (shooting arrows or enabling motion) so it lies somewhere between art and tool. They break the boundaries between engineering and art, highlighting the creativity of both.

The exhibition will be open from 17th August till 20th October 2018.