You probably know Marcel Duchamp from his toilet as a piece of art, but did you know he also produced two chess sets during his days? He made one in 1943, which was released as a limited edition, and another one in 1918, which is owned by a private collector and can’t be seen by the public. But as 3D printing has potential to become the democratization of art, the technique was used to get Duchamp’s 1918 set to the public. In other words: you can now 3D print your own version of the chess set. 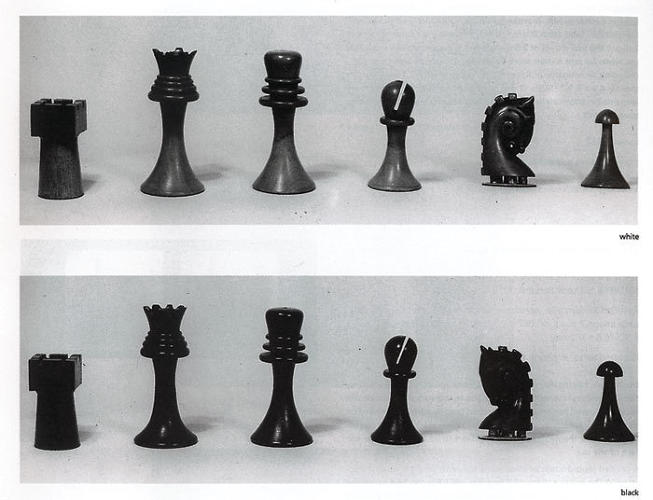 Despite the chess set was initially not meant to become part of the public domain, artists Scott Kildall and Bryan Cera wanted to enable the masses to 3D print the chess set. But how could you do something like that if you can’t scan the actual chess set? Well, you have to be smart for this, and they were. They used an archival photograph and ran a a series of algorithms on the image. This enabled them to get a good model of each chessman, including the knight, which was the hardest to get. They used the 3D models to print out the actual chessmen.

Bryan Cera wrote the following about it on his website: “A few months ago the talented and brilliant Scott Kildall contacted me about collaborating on a project where we’d be resurrecting objects that have been lost – in this case Marcel Duchamp’s favorite hand-carved chess set. This set no longer exists save the archival photograph pictured above. The idea was not only to rebuild the lost objects, but to release open-source digital files to be 3D-printed by anyone interested in resurrecting the objects for themselves.  In homage to the original set’s owner, we decided to call this kind of re-animated, re-configured and re-claimed object a Readymake.”

“Duchamp said in the 1960s, about his readymade creations, ‘I’m not at all sure that the concept of the readymade isn’t the most important single idea to come out of my work,'” writes Kildall on his personal website. “Today, in an age of digital fabrication and open source design, the boundaries between concept and object continue to blur.  We invite other thinkers and makers to join our exploration of conceptual-material formations — to discover and create with our readymakes, and contribute their own.”