In a series D round, Markforged fundraised $82 million from various partners in a bid for all new projects. The company is advancing their product roadmap with new materials and initiatives. It will also aid in their global expansion plans and in expanding the reach of 3D printing within various industries such as aerospace. Markforged continues to be one of the fastest growing and most prominent 3D printing companies in the field.

While Markforged’s fundraising has featured many companies, the round was most prominently led by Summit Partners. “We’re very excited to have Summit join us as we help accelerate the next industrial revolution with broadly accessible and reliable 3D printing,” said CEO and co-founder Greg Mark.

The various other donors and partners include Matrix Partners, M12, Microsoft’s Venture Fund, Next47, and Porsche SE. With such an impressive line-up of funders, it’s easy to see how they raised the funds. This list of donors may also indicate future applications Markforged will be looking at. Certainly, the company’s machines marked a turn for 3D printing, where companies could now buy diverse multi-function, multi-purpose additive manufacturing machines that don’t don’t drag up the costs. So, it’s no surprise that major investors like Microsoft are lining up.

As Markforged are looking to put their funding to various uses and new industries, they presented examples of their latest materials and how they fit into this bigger picture. For example, the company is looking to disrupt the fabrication of aerospace interiors and other similar structures. This involves the use of flame-retardant materials and lightweight carbon-fiber materials. Markforged’s fundraising has allowed them to invent materials that serve such purposes, like the Onyx (pictured above).

“We are launching flame-retardant composites for use in aerospace applications,” Greg Mark explained​. “We will soon have a version of Onyx that is V0 rated (UL94) and works great with carbon fiber. A few major players have done some internal flame and load testing with it and we’ve gotten great feedback. More soon on this, but we’re absolutely excited to invest in composites.”

With this kind of fundraising, Markforged are set to take off even further in a big way. They have already announced new materials and are starting up their university program. All in all, it’s looking like they’ll have a lot more releases to follow. 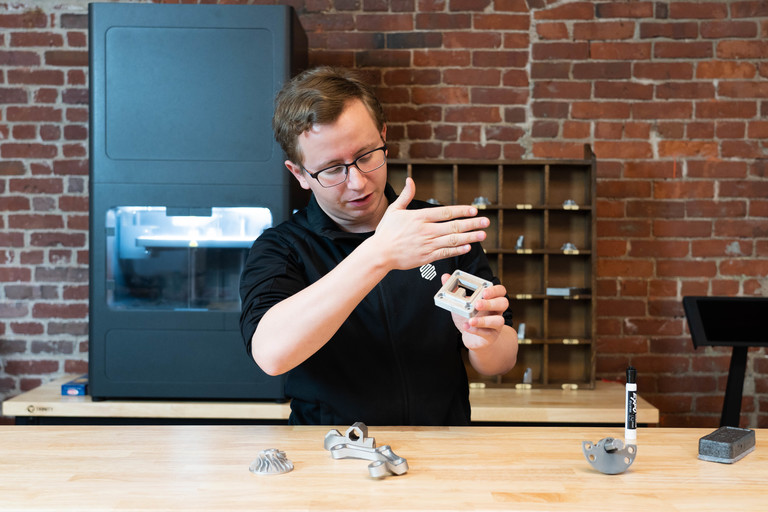