If you’re a football player and you’ve got your face injured during a match, then it could take up to three weeks before you can play a new match. This is all because of safety procedures. However, if you’re having a couple of important games in front of you, then it will surely be a big disappointment not being able to play. But as 3D printing techniques have entered almost any kind of manufacturing field, then why not enter the football field? And that’s exactly what British 3D printing company Cavendish Imaging Lukasz Fabianski did. 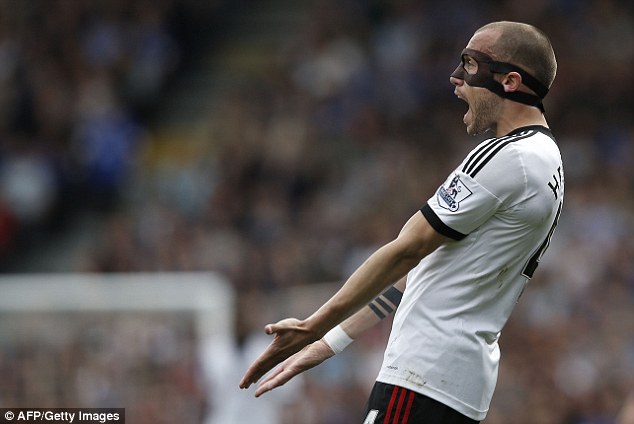 Lukasz Fabianski (Arsenal), John Heitinga (Fulham, pictured above) and Fernando Torres (Chelsea) have something in common, except from all being famous football players. They have all been wearing protective face masks. The story of Heitinga perfectly illustrates the use of such a match. He got a broken nose during a match, and he therefore couldn’t play on the field for up to three weeks. Because there were quite a lot of important games to play he got a 3D printed protective mask, in order to enable him to play the games. 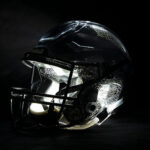 Cavendish Imaging can take a 3D scan of a player’s head in a few seconds. After taking the picture, they print out the mask, using a powdered nylon. The mask is printed in the shape of the 3D scan, and thus in the shape of the player’s face. Using such a mask will protect a player’s nose during a football match, which means he (or she) will still be able to perform.

“I managed both games wearing the protection after breaking my nose in training and having surgery,” says Heitinga to Daily Mail. “The mask was quite comfortable. It’s obviously not the same as playing without one but it really did not affect my performance. It fit really well, I’d been to their studio where they made a 3-D photo of me, it took a couple of minutes, and a few days later it was ready.”

“I had surgery on the Tuesday, was training in the mask that Friday and played in it on the Saturday. I played the following game in it as well, it did not bother me at all. My nose was fixed but the mask protected it from being damaged. You can see that in such a short space of time I was back playing, it really is remarkable.”

Below you can see a video, in which you can see the process of making a 3D printed protective face mask: