Researchers from Tufts University have created a functional neural network of brain cells. The ability to bioprint brain tissue will allow them to experiment with treatments for various neural disorders like Parkinson’s and Alzheimer’s to create potential cures.

With a combination of 3D printing and stem cell research, the scientists used pluripotent stem cells (iPSCs) to create the neural networks. With this ability they were able to avoid the downsides of standard neural sample gathering. Ordinarily, researchers would gather the cells from dead patients, which limits the sample size and quality. 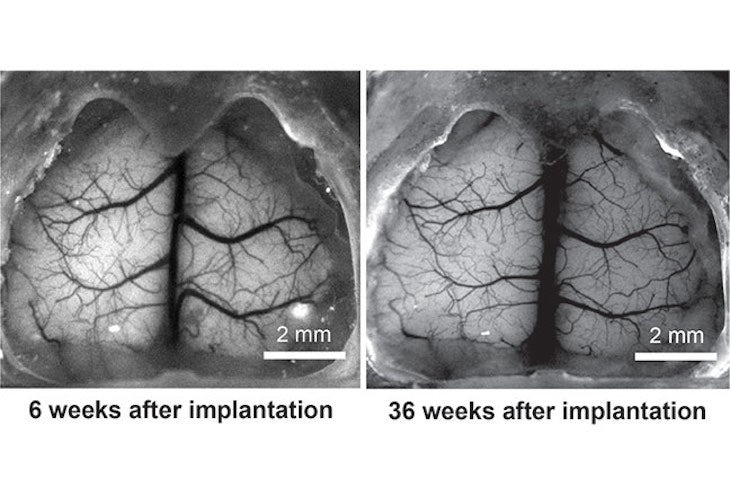 This also allowed them to elaborate on previous research involving laboratory mice. Overall, they managed to get promising results. The researchers took stem cells from healthy subjects as well as those suffering from Parkinson’s and Alzheimer’s patients. The group them generated a tissue model that would allow them to observe the levels of gene growth and expression while they assess the possibilities of “generating patient-derived brain tissue models”. The research involves neurons and astroglial cells, interacting in a 3D environment, so it’s more realistic. They exhibit spontaneous neural activity confirmable through electrophysiological recordings and calcium imaging over nine months.

“We found the right conditions to get the iPSCs to differentiate into a number of different neural subtypes, as well as astrocytes that support the growing neural networks,” explains Tufts University biomedical engineer and study co-author David L. Kaplan. “The silk-collagen scaffolds provide the right environment to produce cells with the genetic signatures and electrical signaling found in native neuronal tissues.”

The researchers also tout the versatility the system provides. The researchers can essentially manipulate the cultures to support a variety of experimental applications. They plan to study network development, maturation, plasticity, degeneration and much more. Thus, they can derive targets for pharmaceutical research and drug development.

The research could shed a light on various incurable diseases like Huntington’s and those listed earlier. With an in-depth understanding of neural pathway development during the formation of these particular disorders, the researchers could develop pre-emptive solutions and diagnostic guidelines as opposed to those methods that attempt solutions after the fact. Overall, the research provides crucial insight into the unexplored facets of neurobiology.