The Olympics are well and truly over, and regardless of if you like sports or not, it has been a great year for additively manufactured sporting goods news stories.

The 2021 Tokyo Olympics arguably featured more AM sporting products than any other Olympics before, and so the concept of AM sporting goods has gotten a pretty big boost in the public eye.

But just because the Olympics are over, it doesn’t mean that innovation stops, as we are about to see from one runner, who has developed a spiked running shoe with Windform XT material.

The new running shoe is designed for professional athletes and is tailored to the users’ needs thanks to the magic of 3D scanning and other technologies.

Before we go into that in more detail, let’s take a look at the shoes in the image below.

The shoes feature a structure which is printed in one piece from carbon fiber reinforced Windform SP material, which is a fairly strong filled polymer used quite a lot in aerospace. Windform comes in powder form, so is printed on powder bed fusion systems.

The single printed part consists of the outsole, the midsole, the pins and the ribbing. The material properties of the Windform material ensure that the shoes are resistant to deformation even for thin parts, which allows for a wider range of customisation.

You can see the ribs and the sole, printed at the same time, in the image below. The spikes are underneath the sole, and are also printed.

The customisation process begins with a scan of the foot, which is then modeled for biomechanical analysis by computer. The result is a 3D map showing the optimum points to shoe features to provide the best performance for the individual, based on their simulated and computed running needs.

“With this mapping we are able to model the shoe on the individual’s needs in terms of foot structure and athletic performance,” said Miro Buroni, designer of the shoes and avid middle-distance runner.

“Moreover, scanning and biomechanical analysis allow us to understand the best placement of the “traction system” under the outsole, the “pins”.

Apparently, if the structure of a shoe is too loose, this can shift aroudn the foot while running somewhat and can impede optimum performance. These custom fit shoes avoid that by having a strong, composite cage that integrates several components and behaves more like a single part rather than like an ill-fitting assembly.

The upper of the shoe is made from fabric as a separate part, and fits under the cage like a sock.

“The spike shoes consist of a sole with midsole and upper,” said Buroni.

“These parts, which are one, under strain become two distinct bodies that generate asynchronous and dissipating movements of the athlete’s kinetic chain. Pleko avoid[s] this occurrence because of the part in Windform SP, which has a sock-like upper inside, almost completely detached from the structure and responsible for protecting the foot.”

There is no word from Buroni as to if and when these shoes will be made available to the public, as they do seem to be in the prototype stage right now.

But he does seem happy with the additional tests and overall design of the product noting that “the design and manufacturing technologies […] made the Pleko track shoes highly innovative, taking the design and planning to the highest level of customization and specialization” and that he was “very satisfied with my 3D printed Pleko”.

That sounds promising then. If that positive note is anything to go by, we should probably expect news of a commercially viable product in the not too distant future. And we will let you know when it does. 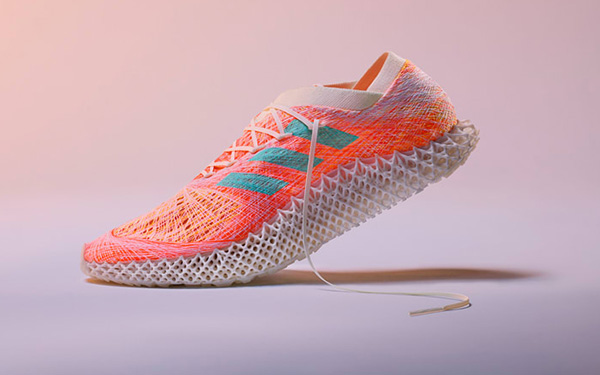