Italian start-up Felfil Srl wants you to make your own filament. Their novel new device, which they’ve dubbed the Felfill Evo, is a great way of reducing a range of different plastics into home-made filaments out of regular pellets or plastic waste. This way, users won’t have to worry about failed prints or wastage again. 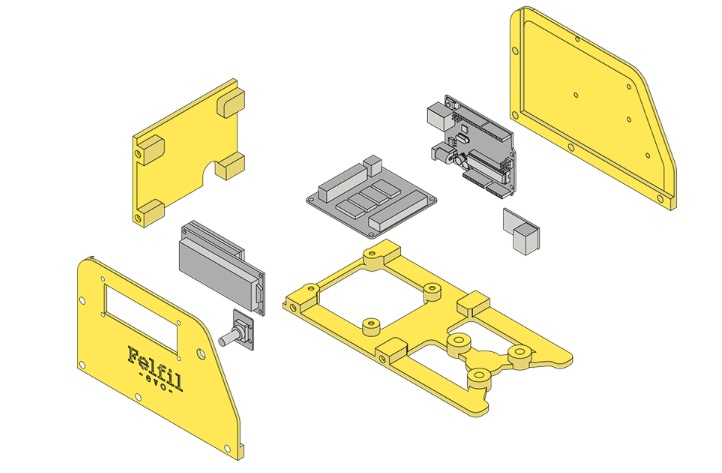 The Felfil Evo started off as a kickstarter project but quickly achieved its 30,000 Euro goal in about 2 weeks. The device itself, depending on which package one orders, requires assembly. The company sells it as a kit and to keep offers cheap they allow users the option to order only the absolute necessities. This way, if they want to, users can save money by buying heaters and other bits from the market. For those who are not keen on assembling the Evo, there is also a completely assembled version of available at a slightly higher price point. 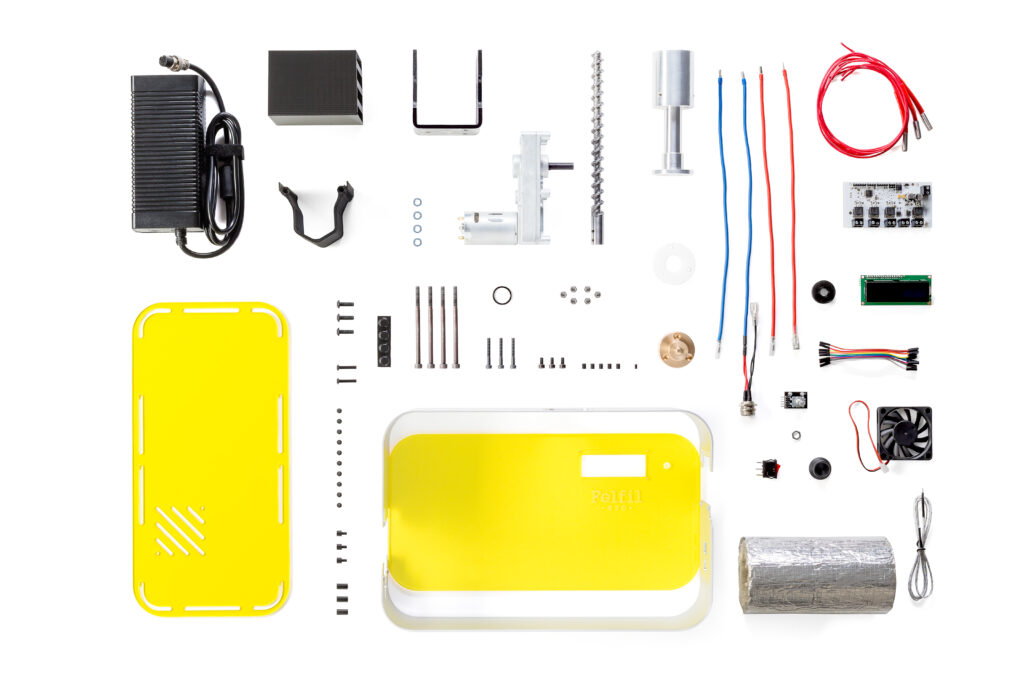 At a size of 350 x 108 x 180 mm the Felfil Evo is a tiny little device but it packs a lot of promise, so no wonder it generated such buzz. It operates with a whole range of different more information on materials including PLA, ABS, HIPS, Nylon, T45, TPU, HDPE and PETG. It can also produce filaments in both 1.75 and 2.85 mm thanks to an interchangeable nozzle feature.

Originally born out of the team leaders’ master degree thesis, Felfil has grown to be so much more. The design prototype was heavily popular, achieving over 2000 downloads. The Evo uses open-sourced, self-constructing hardware. Its part of the company’s philosophy to use open-source technology like the Arduino-based PCB board.

How the Felfil Evo works

It’s actually a rather easy device to use. First, you need a table or a stable place high enough (about an 80cm drop, depending on the material) to let it collect the filament downwards. Next, users have to set the speed and temperature needed to process the plastic of their choice. Once it reaches the desired temperature, insert plastic pellets or waste into the feeding window on the top after choosing a temperature setting based on the material they’re using and it passes out a strand of plastic. The special extruding screw makes certain that all the plastic filament is uniformly processed.

The Felfil Evo does have its limitations, however. The company recommends users never process certain plastics like vinyl or PVC due to toxic fumes. Therefore, it’s also important to use it in a room with sufficient ventilation. 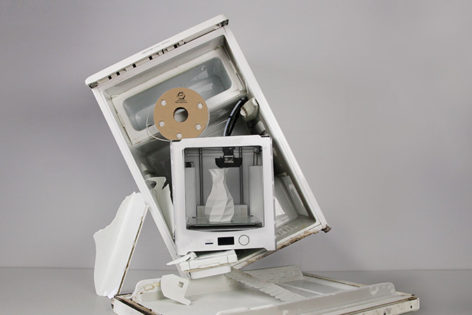 The Evo is available in 3 different price categories. €299 for the basic kit, €599 for the complete kit and €719 for a fully assembled version. It’s sure to be an important device whether you just want to make your own filament or reuse some old ones.